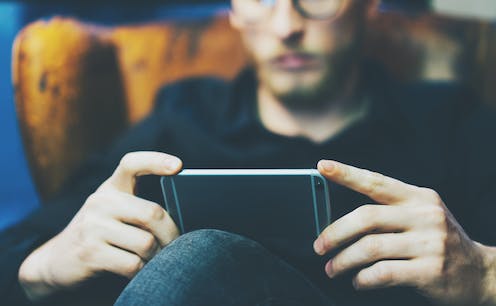 In the wake of the Christchurch attack, the Australian government has announced its intention to create new criminal offences relating to the livestreaming of violence on social media platforms.

It will be a criminal offence for social media platforms not to remove abhorrent violent material expeditiously. This will be punishable by 3 years’ imprisonment or fines that can reach up to 10% of the platform’s annual turnover.

Platforms anywhere in the world must notify the Australian Federal Police if they become aware their service is streaming abhorrent violent conduct that is happening in Australia. A failure to do this will be punishable by fines of up to A$168,000 for an individual or A$840,000 for a corporation.

This is not the first time that legislation relating to the intersection of technology and law enforcement has been raced through parliament to the consternation of parts of the technology industry, and other groups. Ongoing concerns around the Access and Assistance bill demonstrate the risks of such rushed legislation.

The government has defined “abhorrent violent material” as:

[…] material produced by a perpetrator, and which plays or livestreams the very worst types of offences. It will capture the playing or streaming of terrorism, murder, attempted murder, torture, rape and kidnapping on social media.

The major social media platforms already devote considerable resources to content moderation. They are often criticised for their moderation policies, and the inconsistent application of those policies. But content fitting the government’s definition is already clearly prohibited by Twitter, Facebook, and Snapchat.

Social media companies rely on a combination of technology, and thousands of people employed as content moderators to remove graphic content. Moderators (usually contractors, often on low wages) are routinely called on to remove a torrent of abhorrent material, including footage of murders and other violent crimes.

Read more: We need to talk about the mental health of content moderators

Technology is helpful, but not a solution

Technologies developed to assist with content moderation are less advanced than one might hope – particularly for videos. Facebook’s own moderation tools are mostly proprietary. But we can get an idea of the state of the commercial art from Microsoft’s Content Moderator API.

The Content Moderator API cannot automatically classify an image, let alone a video, as “abhorrent violent content”. Nor can it automatically identify videos similar to another video.

Technology that could match videos is under development. For example, Microsoft is currently trialling a matching system specifically for video-based child exploitation material.

As well as developing new technologies themselves, the tech giants are enthusiastic adopters of methods and ideas devised by academic researchers. But they are some distance from being able to automatically identify re-uploads of videos that violate their terms of service, particularly when uploaders modify the video to evade moderators. The ability to automatically flag these videos as they are uploaded or streamed is even more challenging.

Evaluating the government’s proposed legislative amendments is difficult given that details are scant. I’m a technologist, not a legal academic, but the scope and application of the legislation is currently unclear. Before any legislation is passed, a number of questions need to be addressed - too many to list here, but for instance:

Does the requirement to remove “abhorrent violent material” apply only to material created or uploaded by Australians? Does it only apply to events occurring within Australia? Or could foreign social media companies be liable for massive fines if videos created in a foreign country, and uploaded by a foreigner, were viewed within Australia?

Would attempts to render such material inaccessible from within Australia suffice (even though workarounds are easy)? Or would removal from access anywhere in the world be required? Would Australians be comfortable with a foreign law that required Australian websites to delete content displayed to Australians based on the decisions of a foreign government?

The proposed legislation does nothing to address the broader issues surrounding promotion of the violent white supremacist ideology that apparently motivated the Christchurch attacker. While that does not necessarily mean it’s a bad idea, it would seem very far from a full governmental response to the monstrous crime an Australian citizen allegedly committed.

It may well be that the scope and definitional issues are dealt with appropriately in the text of the legislation. But considering the government seems set on passing the bill in the next few days, it’s unlikely lawmakers will have the time to carefully consider the complexities involved.

While the desire to prevent further circulation of perpetrator-generated footage of terrorist attacks is noble, taking effective action is not straightforward. Yet again, the federal government’s inclination seems to be to legislate first and discuss later.