Last week Labor pledged to consider serious steps to improve Australian diets and tackle our obesity epidemic. This would form part of a A$115.6 million plan from the Opposition to address preventable illness.

This is the first time one of the two major parties in Australia has included such a strong focus on nutrition as part of its election commitments.

But these aren’t concrete commitments. Rather, they are actions the party said it would consider as part of its preventive health pledge.

Firmly committing to these measures, and taking action on them, is crucial as we face a growing obesity crisis in Australia.

What are food reformulation targets?

Packaged foods and drinks available in Australia include many products with excessive levels of saturated fats, added sugar, and salt.

Almost half of all packaged food and drinks available in our supermarkets are classified as “discretionary”. These are foods that are not necessary as part of a healthy diet, and are recommended to be consumed only in small amounts.

There have been no significant improvements in the overall healthiness of packaged foods in Australia over the past two years. This indicates that is has not been an effective strategy to leave it up to food manufacturers to voluntarily reduce nutrients of concern.

A growing number of other countries have already legislated to reduce levels of either saturated fats, added sugar or salt in the food supply. A prominent example is South Africa, where mandatory salt-reduction targets were introduced across a range of food categories in 2013. Several countries have banned trans fats from being added to foods.

Read more: The ten things Australia needs to do to improve health

Labor has said mandatory reformulation targets will be on the cards if the industry does not voluntarily take steps to reduce unhealthy ingredients. With no good evidence that food manufacturers are systematically doing so, there is an urgent need for policy change.

Restricting the levels of harmful components such as fats, sugars and salt from the foods we eat would help Australia keep pace with other countries already taking serious action in this area.

What is the health star rating system?

The health star rating is a front-of-pack labelling system that rates the overall nutritional profile of packaged food. Each product is assigned a rating from ½ a star to 5 stars. The system provides a quick, standard way to compare similar packaged foods.

Read more: Food labels are about informing choice, not some nanny state

The health star rating system will work best for consumers when it’s displayed on all packaged foods. Mandatory implementation would ensure that. It would also ensure a “level playing field” for manufacturers.

If the system were to continue to be voluntary, it’s hard to imagine how implementation would increase much beyond current levels, unless powerful incentives were put in place. Simple encouragement to increase implementation is unlikely to be sufficient.

So this proposed policy, too, needs unambiguous commitment over mere consideration.

What difference would these policies make?

Unhealthy diets and obesity are leading contributors to poor health in Australia. Some 35% of the energy Australian adults consume every day comes from discretionary foods. The proportion is even higher for children. 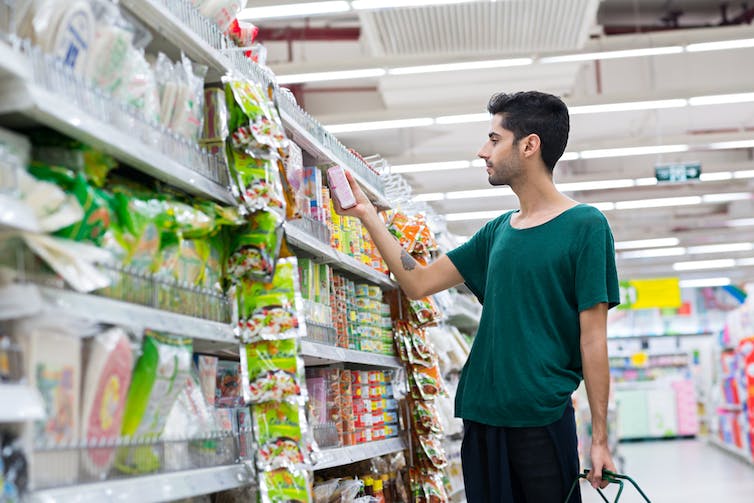 Recent modelling shows mandatory implementation of the health star rating system would result in substantial reductions in diabetes, heart disease and stroke. The policy is also likely to be highly cost-effective. This is because it is likely to reduce government health-care costs and deliver large health benefits over the long term.

Mandatory reformulation targets are also likely to be excellent value for money.

A welcome focus on prevention

Australia currently spends far less on preventive health (as a proportion of total expenditure on health) than most other comparable countries.

Labor’s election commitment would go some way to addressing this substantial preventive health spending gap. The commitment is particularly commendable for having multiple elements, for being coordinated across different sectors, and for being evidence-based.

Labor’s announcement indicates a willingness to address one of the most critical issues influencing the health of Australians.

The challenge for Labor, should it win the election, will be to follow through with effective action. A common political road to prevention policy is that strong initial plans are met with forceful opposition from commercial vested interests (such as the processed food industry). Politicians then buckle to the pressure, and minor ineffectual policy changes are the result.

We can’t afford that now – our health depends on it.