Australia has invested an extraordinary amount of time and effort into putting in place bullying prevention programs – especially across schools. But what happens when your bully is your own flesh and blood, and lives with you, so you have no escape?

Sibling bullying tends to fly under the radar, in large part because many bullies and victims see it as a normal part of sibling relationships.

But sibling bullying is different to typical sibling spats, teasing or playing rough. It is ongoing and repeated use of physical or psychological power to control and dominate another person.

A recently published study tracked more than 6,000 children in the United Kingdom. It explored just about every factor you could nominate in family bullying including family, parent and child characteristics such as the number of family members, and individual mental health, IQ, personality, social skills and self-esteem.

The authors came to some surprising conclusions that overturned a few previously held assumptions.

What is sibling bullying?

In the study, 28% of children reported being involved in sibling bullying – either being the bully, victim, or taking turns being both. The onset of bullying typically occurred around eight years old.

The study defined sibling bullying as repeated aggressive behaviour between siblings intended to inflict harm, either physically (for instance hitting, kicking or pushing), psychologically (for instance saying nasty and hurtful things), socially (for instance by telling lies or spreading rumors) or property based (such as stealing or damaging property).

For it to be classified as bullying, the behaviour must involve a real or perceived power imbalance.

The strongest factors that predicted whether sibling bulling would occur was the presence of older males (especially first-born), families with larger numbers of siblings, or in households under financial stress. 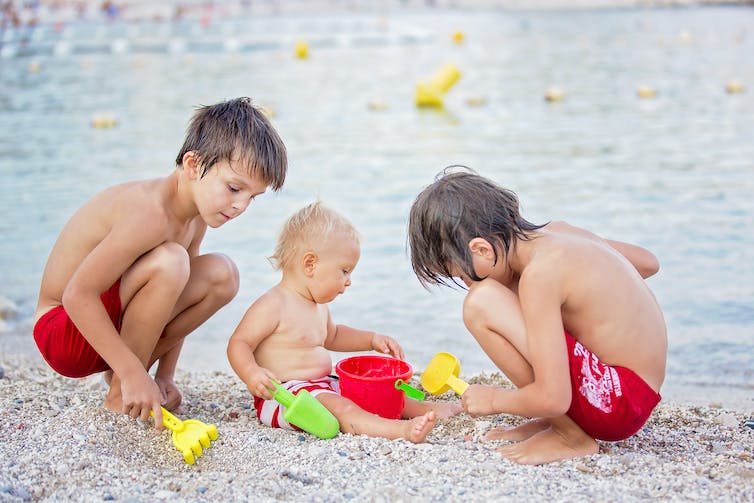 Households with older boys tended to be at higher risk of experiencing sibling bullying. from shutterstock.com

Parents in a high conflict relationship with each other slightly increased the odds of children experiencing bullying.

Children who displayed antisocial characteristics in early childhood were more likely to bully their brother or sister. And children with higher self-esteem were slightly protected from the risk of being bullied.

Surprisingly, single-parent households and lower parental education or social class didn’t increase the risk of sibling bullying. Social conditions and parenting factors, even including parental maltreatment mattered only slightly, if at all.

Nefariously, bullies were found to have more advanced social skills, allowing them to adapt and hone their bullying behaviours to maximum effect.

Read more: Rebel teens can quickly make friends, but in the end, it's the nice ones who have the most

Other research shows that sibling bullying increases the risk of the victim becoming the target of peer bullying and developing emotional problems in adulthood. The child who is bullied by both siblings and peers is in a particularly awful predicament, as their childhood is marred with no escape from this treatment.

The impacts of sibling bullying have been shown to persist long-term. The experience can damage the possibility of a healthy relationship between the siblings, and double the risk of the victim experiencing depression and self-harm in adulthood.

Research also shows if one child is favoured over another, this can compound hostility and jealously between siblings well into adulthood. While favouritism is often denied by parents, parents can favour a child based on gender, and similar personality or interests.

Parents should remain vigilant and ensure they are giving similar levels of attention, time and interest to all their children.

Extreme levels of favouritism are particularly pronounced in narcissistic parenting where a “golden child” is showered with love and attention and can do no wrong while another child is deliberately cast into the role of the family scapegoat and can do no right. 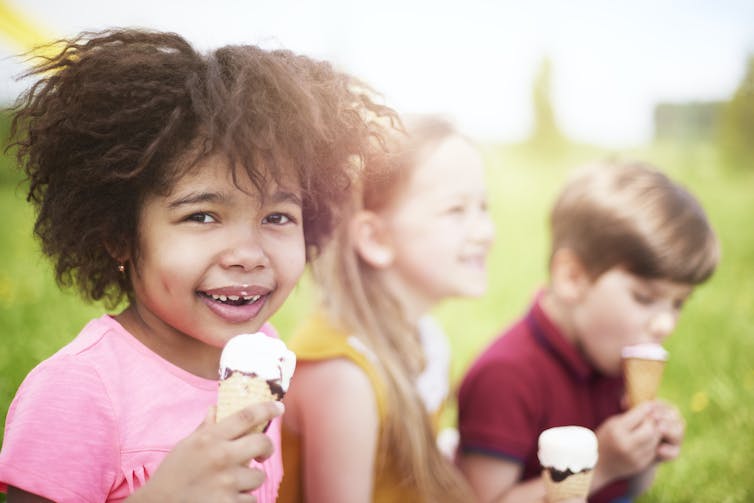 Parents often play favourites, even if they deny it. from shutterstock.com

This pathological style of parenting is especially damaging. It typically increases the likelihood of the golden child becoming narcissistic themselves and the scapegoat developing a raft of mental-health, addiction and identity problems.

Read more: Why some children think they're more special than everyone else

The research paints a particular picture: bullying among siblings is more likely to occur when parental resources such as time, money, attention and affection are stretched too thin between siblings. This is especially the case in a family with males who are older or first born.

Such findings are in line with recent Australian research that showed adding a brother or sister to keep the elder child company typically backfires, and instead just places the family under further pressure.

The take-home message for parents is to thoughtfully plan your family structure.