As we come to the end of spring, look up from the footpath or at the park, and you may spot the fiery flowers of the silky oak, Grevillea robusta.

You may already be familiar with grevilleas – perhaps you have low- growing ground cover and shrub species in your garden.

Some people love the brilliant red, yellow, orange or white flowers of grevilleas. They’re also nesting and roosting havens for small native birds, and so people may plant them to attract wildlife.

Of all the grevillias, the silky oak is the one that catches my eye. It’s the largest and tallest of the species, reaching up to 30 metres. They’re now blooming along the east coast and in some inland places – like huge orange light bulbs dominating the skyline. 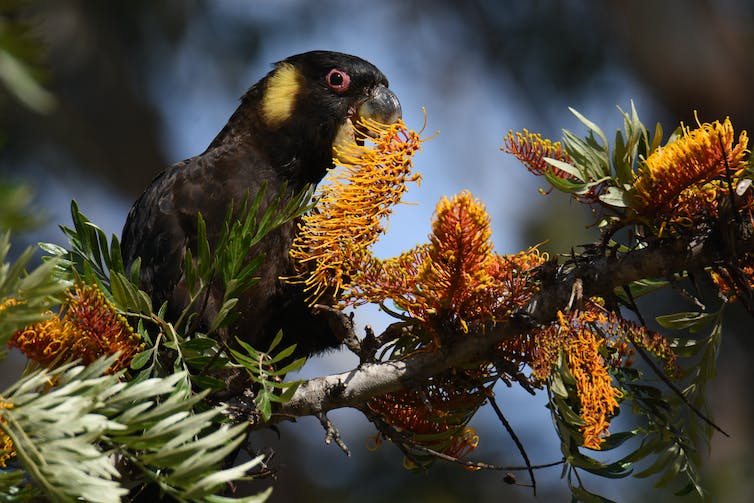 Silky oaks flowers are a magnet for birds and insects. Shutterstock

Grevilleas have an ancestry older than dinosaurs. They originated on the super-continent Gondwana, and are closely related to banksias, waratahs and proteas.

Today, the 360 species of grevilleas occur in Indonesia and Australia and are a diverse group. Their colourful, distinctive flowers lack petals and instead consist of a long tube known as a “calyx”, which splits into four “lobes”.

Like most other grevillea, silky oak possesses proteoid or cluster roots, which are dense and fine. These roots greatly increase the absorbing surface area and allow plants to thrive in nutrient-deprived soils.

The word “robusta” refers to the fact that the timber is strong like real oak. The freshly split wood has a silky texture, and a pattern and light colour resembling English oak – hence the common name “silky oak”. 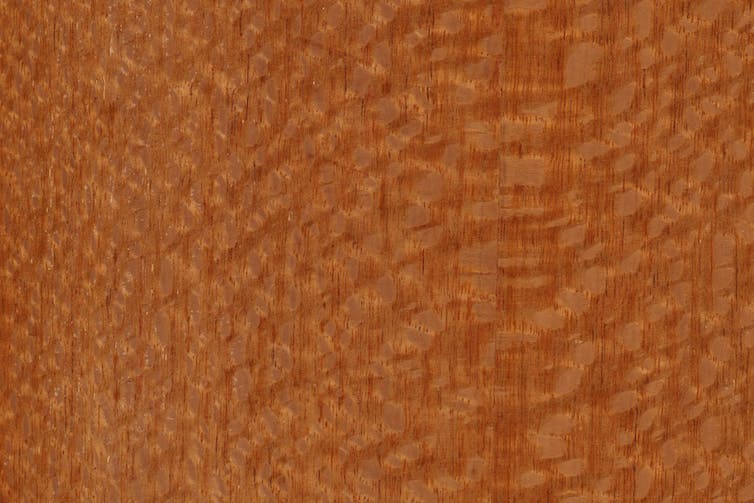 Grevillia robusta has a silky texture when split for timber. Shutterstock

Watch out for the cyanide

Grevilleas literally drip nectar, much to the delight of native birds and bees. Aboriginal people enjoyed the sweet nectar straight from the plant or mixed with water — the original lolly water.

But you have to know which species to taste as some, including the silky oak, contain hydrogen cyanide that could make you ill.

Like other grevilleas the silky oak also contains tridecyl resorcinol, which causes an allergic reaction leading to contact dermatitis. The chemical is similar to the toxicodendron in poison ivy.

So when working with silky oaks, you’d be wise to wear gloves, a face mask, protective eye wear (or face shield) and long sleeved clothing. Washing hands and showering at the end of the day is also recommended. 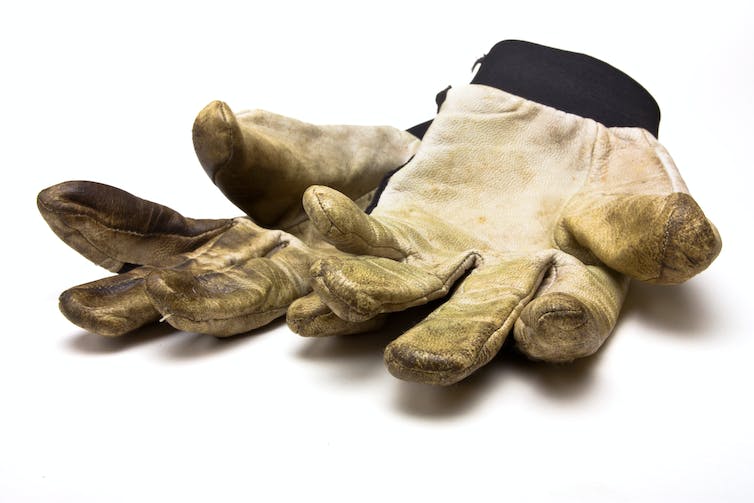 Wear gardening gloves when handling silky oak, just to be one the safe side. Shutterstock

Silky oak timber was widely used in colonial times. Then it was marketed as “lacewood”, and that name persists today among some who use it.

Silky oak veneer was used widely in colonial table tops and other furniture. Over the years, silky oak has also been used to make window frames because it is resistant to wood rot.

But it’s not widely available in Australia, due to low market demand – the allergens and cyanide it contains means people are generally reluctant to work with it. However silky oak is still highly prized by those who make guitars, and wood turners who make bowls and cabinets. 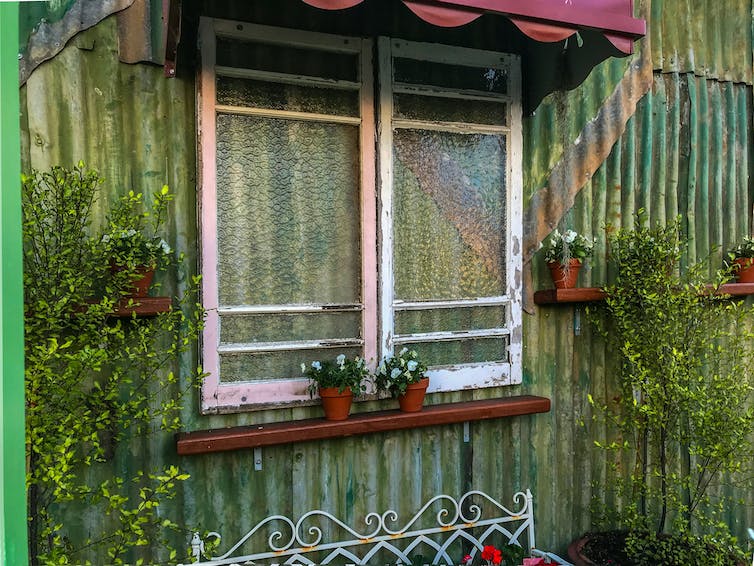 Silky oak timber is rot-resistant and was often used in window frames. Shutterstock

Although an evergreen tree, some specimens are almost semi-deciduous, losing most of their foliage just prior to flowering.

Some specimens of silky oak can be a bit scraggly in their canopy form. They can benefit enormously from a bit of formative pruning when they are young, and perhaps some structural pruning from a good arborist as they get older. A little attention at the right time will be amply rewarded with a safe and great looking tree that can live for 150 years or more.

Silky oak is drought-tolerant. In dry times they often flower a bit later than their usual October blooming, providing a big splash of colour in otherwise drab and difficult years.

The trees can be vulnerable to frost when young, but grow well once taller. This makes the silky oak a potential winner as climate change brings warmer, drier weather.

Silky oaks have been declared an environmental weed in parts of New South Wales and Victoria where it grows outside its native distribution range. They’re also considered an invasive or invader plant in Hawaii and South Africa. However Grevillea robusta is declining in its natural rainforest/wet forest habitat.

In some cities in China, silky oaks have been planted along roadsides with great success. The tree has also gained the Royal Horticultural Society’s Award of Garden Merit for its performance in growing under United Kingdom conditions. That just shows you how one person’s weed is another’s treasure.

Read more: The river red gum is an icon of the driest continent