The world must decide what needs to change to prevent events like the COVID-19 pandemic happening again, according to the former New Zealand prime minister Helen Clark.

Currently co-leading an independent international review of the global response, the Independent Panel for Pandemic Preparedness and Response, Clark wryly described the job as something of a “hospital pass”.

The review’s full recommendations are due in May, but she spoke about the panel’s interim report at the University of Otago Public Health Summer School on February 1. Clark painted a grim picture of the findings to date, including:

‘One failure leading to another’

The review committee is developing an authoritative chronology of COVID-19. It’s a timeline of virus spread, knowledge acquisition, recommendation sharing and actions taken. Clark said this “will speak for itself” about the deadly delays the world suffered. 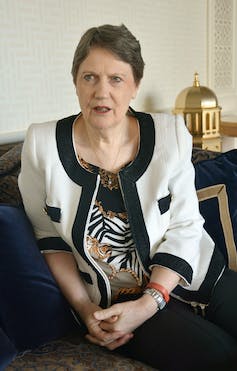 The big questions arising from that chronology are:

The New York Times described the review committee’s interim report as a “bleak recounting” of “one failure leading to another” and a “slow, cumbersome pandemic alert system” with “obstructive responses of national governments”.

The substance of Clark’s Otago University address hinted that the review’s final recommendations might include the need to:

We agree strongly with this final point. We note that WeChat searches for “SARS” spiked on December 1 2019 and there was most likely a positive “SARS coronavirus” laboratory report in Wuhan on December 30 2019.

What if COVID-19 had been worse?

Given that the International Health Regulations specifically identify SARS coronaviruses as pathogens of major concern to be reported within 24 hours, a PHEIC should arguably have been declared there and then.

Wuhan is a huge city, multiple cases were apparent, and we already knew SARS can spread from person to person. Responses were simply too small and too slow.

Furthermore, initial and ongoing advice by the WHO (such as no travel restrictions), though possibly in line with evidence at the time for some countries, was completely inappropriate for others, such as small island nations.

If SARS-CoV-2 had the fatality risk of SARS-CoV-1 (around 10%) or higher, it would have turned the disaster of the COVID-19 pandemic into a catastrophic global threat. It could have completely overwhelmed human systems and killed tens or hundreds of millions of people. We simply cannot allow such a threat to ever take hold.

We argue that the most important future distinction will be between declaring a PHEIC with, or without, accompanying global catastrophic biological risk (GCBR).

Early reports put the case fatality risk of COVID-19 at several percent. This was later downgraded. But had it been that high, far more stringent measures would have been justified to contain the virus. An initial overreaction can always be swiftly downgraded as information comes to light, but the reverse is not possible. 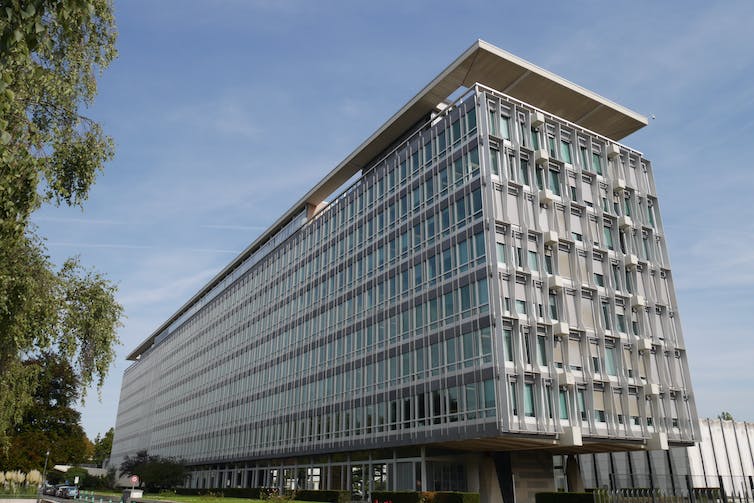 The World Health Organisation headquarters in Geneva: too slow, too cautious. www.shutterstock.com

No one can go it alone

If initial reports indicate some future emerging highly contagious respiratory pathogen has a case fatality risk of 10, 20 or 50%, then PHEIC with GCBR potential must be declared, without any mitigating language about cautious approaches or unrestricted travel.

As Helen Clark asserted, no measures will succeed unless the world learns to co-operate on threats that affect us all. The whole point of creating global institutions such as the UN and WHO was to deal with issues that no single country can deal with themselves.

If we do not use these institutions to govern the response when something threatens “the health of everyone in the entire world”, Clark asked, then when would we ever defer to them?

Countries must stop trying to go it alone. There is a strong case for multilateralism and the world needs to remove the obstacles to a precautionary approach. It should be of major concern that future pandemics may be bigger. Our responses simply must be better and faster.