We have estimated around $8 billion of non-government or private funding flows through Australia’s school system each year — both public and private. The vast majority of this comes from school fees. The rest is from “other private sources”, including donations and community fund-raising.

We analysed private income in every Australian school using data from the Australian Curriculum, Assessment and Reporting Authority (ACARA). At the time of our study, the latest figures available for school fees and income were from 2015.

We found independent schools totalled an average A$9,227 of private funding per student. This was followed by Catholic schools ($2,873) and government schools ($752).

What are parents paying for school?

We found school incomes from private sources increase with the relative advantage of a school.

Relative advantage is defined using ACARA’s Index of Community Socio-educational Advantage (ICSEA). This scale is a proxy for socioeconomic status used by education sectors in Australia.

ACARA calculates the ICSEA score for each school using factors such as students’ parental education and occupation, the proportion of Indigenous students at the school, students with a language background other than English and the school’s geographical location.

School fees on the rise

Private school fees are growing faster than inflation and are now one of the biggest financial outlays in the average Australian family.

Only 50% of families with children attending private schools pay fees from their disposable incomes. The rest, according to market-based research by Edstart, increase their credit card debt, take out personal loans, redraw on their mortgage, or borrow money — often from grandparents.

According to the latest financial data from ACARA, fees have increased in some public schools since 2015, too.

But many public school fees had a less than 2% increase, and some, like Kelvin Grove State College (ICSEA 1,129) actually reduced their fees from $1,714 to $1,532 per student between 2015 and 2019. Other very advantaged public schools also reduced fees.

A recent article in The Age showed families in Victoria spent a total of $400.1 million for the 2019-20 financial year in public schools.

The article said data from ACARA showed total parent payments to Victorian state schools have risen by $160 million since 2009.

What happened to free education?

Fees in public schools are often referred to as voluntary contributions. This is because government legislation prevents public schools attaching parental fees to student enrolments.

But public schools sometimes use various strategies to promote fee payment. For instance, schools may exclude students from extra-curricular activities and excursions if parents have not paid fees. This may compel parents to pay to avoid their child’s embarrassment.

Read more: Some public schools get nearly 6 times as much funding, thanks to parents

There are other ways parents contribute money to public schools.

Bake sales, fetes and “democracy sausage” sizzles have always been a cornerstone of public schooling. And like their private school counterparts, public schools are now investing in strategic fundraising with parents and alumni, and sponsorship arrangements with businesses and philanthropists. 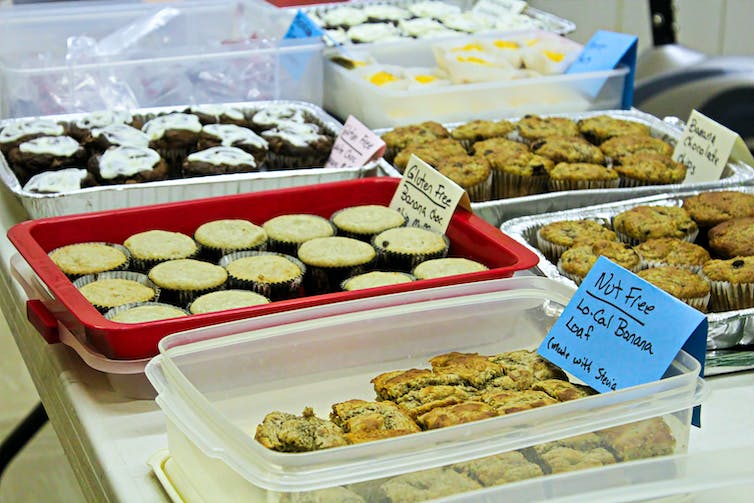 For instance, Schools Plus is an intermediary organisation that works to connect disadvantaged schools with donors through a tax-deductible giving program.

Since 2015, Schools Plus has directed $17.8 million to both public and private disadvantaged schools in Australia. Most of these donations come from the corporate sector, large trusts and foundations, and high-net worth individuals.

According to the Schools Plus 2020 Impact Report, most schools apply for funding to help improve student engagement and performance. While all disadvantaged schools (with an ICSEA less than 1,000) are eligible for Schools Plus funding, the process is competitive, meaning not all schools that need extra funding receive it.

Income raising is a labour-intensive process that is re-imagining the role of school staff and parents. Raising money relies on entrepreneurial principals, savvy PR staff, engaged parents and parent committees, as well as the work of intermediary organisations like Schools Plus. This is a problem, especially when it comes to public schools.

Research from the United States and United Kingdom cautions that an over-reliance on private income could lead to governments shirking some responsibility for resourcing and supporting schools.

This has the potential, if it has not already, to produce a multi-tiered education system based on parental capacity and inclination to pay.

The ongoing issue here is one of equity. When schools start relying on private funding (both fees and philanthropy) to augment how basic education services are provided, schools in most need of extra support are the least likely to be able to afford it.