Australia has the world’s worst track record for wiping out mammals, with 34 species declared extinct since European colonisation. Many of these are humble native rodents, who’ve suffered the highest extinction rate of any mammal group.

Our new research compared genome sequences across Australia’s rodents, including eight extinct species and their 42 living relatives. In a case of historical mistaken identity, we found the Gould’s mouse was genetically indistinguishable from another living species, the Shark Bay mouse (Pseudomys fieldi), also known by the Indigenous name “Djoongari” from the Pintupi and Luritja languages.

But it’s not all good news. A lack of genetic diversity in remaining populations means Djoongari are less resilient to changing environments, including from climate change. We can’t let this species die out — this time, there’d be no coming back.

Back from the dead

Along with many other native mammals, some rodent species were also intensely hunted for bounty in the late 19th and early 20th centuries. 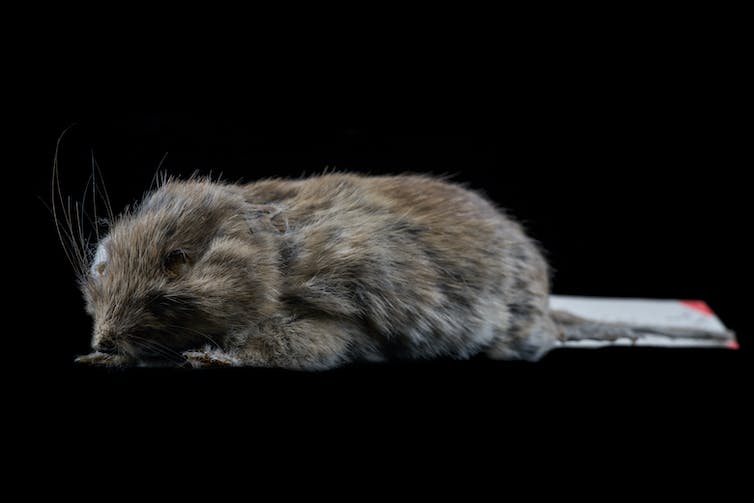 DNA from this specimen of Gould’s mouse, collected in 1837 from the Hunter Valley of NSW, reveals the species should no longer be considered extinct. Trustees of the Natural History Museum, London Photographer: C. Ching, Author provided

In 1837, a Gould’s mouse specimen was collected for the Natural History Museum, London, from the Hunter Valley of New South Wales. The last verified time it was seen alive was in 1857, near the border of Victoria and NSW.

After genomic analysis of these specimens, we found the species has been hiding in plain sight for more than 100 years, under a different name, thousands of kilometres away in Western Australia. Djoongari will now be reclassified under the scientific name Pseudomys gouldii.

Djoongari is a shaggy-coated mouse weighing 45 grams on average, making it twice the size of the invasive house mouse. It’s omnivorous, and feeds on a variety of flowers, leaves, fungi, insects and spiders. It also build tunnels and runways to travel at night, and uses above-ground nests as refuges during the day.

The resurrection of the Gould’s mouse is positive news given Australia’s alarming rate of recent extinctions, but the species remains at risk.

Once occurring across mainland Australia, it now survives only on predator-free islands in Shark Bay, WA. Islands have been an important refuge for the species, protecting them from cats, foxes, diseases and other threats on the mainland. 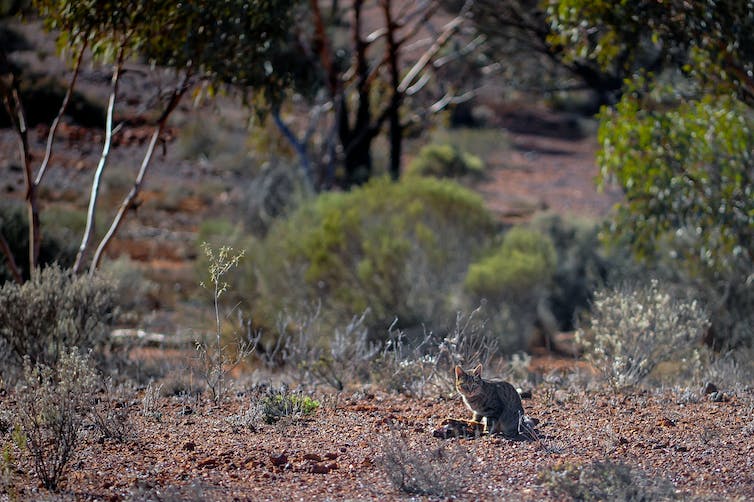 Feral and pet cats are huge threats to small native animals. If you own a cat, make sure you keep it indoors to protect Australia’s wildlife. Shutterstock

Conservation efforts are underway to protect the mouse in Shark Bay, with insurance populations established on other nearby islands.

Now we know Djoongari once roamed as far east as the Hunter Valley in NSW, there’s greater scope to reintroduce the species to predator-proof protected areas on the mainland. This would mean more insurance populations, but also contribute towards restoring natural ecosystems on mainland Australia — also known as “rewilding”.

However, remnant populations of this once widespread species contain only a fraction of its original genetic diversity.

Read more: Hundreds of Australian lizard species are barely known to science. Many may face extinction

Genetic diversity is often used as a proxy for estimating the resilience of a species to threats and its potential to adapt to changes in its environment. When species have low genetic diversity, or are inbred, they are more susceptible to disease, and more likely to accumulate harmful genetic mutations. 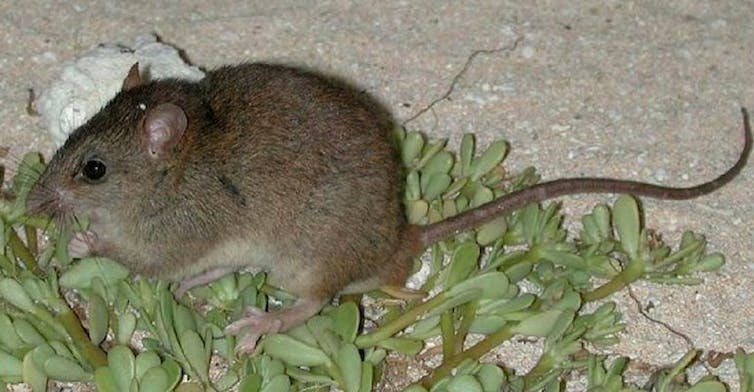 This puts an end to any suggestion that these species were already on their way out prior to the arrival of Europeans.

Reports from early naturalists back up our findings. In 1846, John Cotton referred to the now-extinct white-footed rabbit rat as “the common rat of the country”. And in 1866, Gerard Krefft described the now-extinct lesser stick-nest rat as occurring in “great numbers”.

Read more: One cat, one year, 110 native animals: lock up your pet, it's a killing machine

These species went from common to extinct in less than 150 years. That’s alarmingly fast by any standard.

It shows even though genetic diversity in now-extinct rodents was high prior to colonisation, it wasn’t enough. The environment and threats changed so dramatically and rapidly, these species didn’t have the chance to adapt.

There’s a clear lesson in all this

The threats to native wildlife brought by Europeans — including feral cat predation and land clearing — are ongoing. And under climate change, the environment as we know it is set to change further, dramatically.

It’s not enough to only establish insurance populations to save species. We need to control feral predators, protect and restore habitats, and curb emissions, so more species don’t endure a rapid wipe out.

In total, we’ve lost almost 100 species to extinction since 1788, and that’s just those we know about. In native rodents alone, in less than 150 years, the equivalent of more than 10 million years of unique evolutionary history has been lost forever.

Extinction doesn’t usually offer second chances, but we’ve now got another shot to protect Gould’s mouse. We need to act now, before it’s too late.