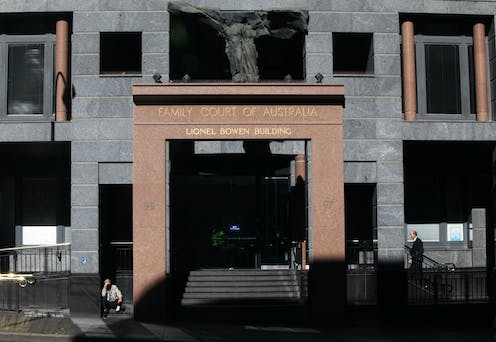 On September 1, the Family Court of Australia will merge with the Federal Circuit Court. The Morrison government says this will “help reduce delays and backlogs in the family law courts”. However, the merger has been strenuously opposed by legal and family violence experts, who note Australia will be without a...

On September 1, the Family Court of Australia will merge with the Federal Circuit Court. The Morrison government says this will “help reduce delays and backlogs in the family law courts”. However, the merger has been strenuously opposed by legal and family violence experts, who note Australia will be without a specialist, stand alone family court for the first time since the 1970s.

This is an edited extract from Broken, a new book by media academics Camilla Nelson and Catharine Lumby that explores the family court system.

In the early 1980s, the newly established Family Court of Australia — “born in hope”, and ideals of conciliation — was hit by a series of violent attacks in Sydney.

A judge was shot dead outside his home, and a string of lethal bombings followed.

One injured a judge and two school-age children while they slept, demolishing almost half of their quiet suburban home. Another killed a judge’s wife when she opened her front door. A third bomb exploded outside the family court building in Parramatta, and a fourth detonated inside a church hall, killing a member of the congregation, and seriously injuring 13 others, including children.

The murders and bombings remained unsolved until 2015, when Leonard Warwick was finally charged. His murderous rampage followed a legal dispute with his ex-wife over care of their five-year-old daughter.

His attacks on the family court indicated a fiercely held belief in his “right” to control his family. In sentencing Warwick, Justice Peter Garling acknowledged the political dimensions of the crimes, saying it “cannot be viewed as anything other than an attack on the very foundations of Australian democracy”.

Yet, after the bombs went off, commentators of the day did not condemn Warwick’s violence, but the court instead. Elizabeth Evatt, then chief justice of the family court, explained,

They said, “The Court has been bombed, what’s wrong with the Court?”

The family court bombings were remarkable in that they were successful as acts of terrorism. Although commentators at the time readily acknowledged the murders were wrong, many made excuses on behalf of the perpetrator. 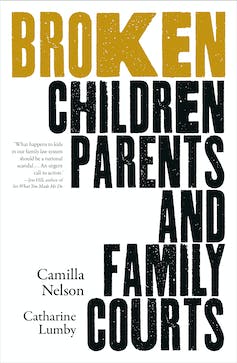 Black Inc. In the media, the violence was rationalised as the actions of a man who had been treated unfairly — of a man who, as The Sydney Morning Herald reported, was “extremely distressed by a decision of the court”. The paper called for a “fundamental reappraisal” of the new court, opining, “There must be something seriously wrong with the Family Court system for such an outrage to occur”. According to The Bulletin, the family court was “too much of a revolution” and the bombings had “exposed serious flaws in our divorce machinery”. Warwick’s rampage was explained in much the same way as domestic abuse is explained: as the inevitable reactions of a “distressed” man who had been driven too far. The Australian said, “No wonder the man often feels a sense of rage.” Almost immediately, then Attorney-General Gareth Evans sent a letter to activists in the nascent men’s rights movement, offering them a seat at the policy-making table by asking them what changes they would like to see to the court. This willingness of the Hawke Labor government to take the bomber’s “message” on board set the scene for the hijacking of family law that would reach its apogee under Liberal prime minister John Howard. By the time the Howard government took office on a “family values” platform in 1996 — with a campaign brochure that featured a pastel-coloured drawing of a house with a white picket fence — the stage was set for a reform agenda that effectively elevated the claims of perpetrators above domestic abuse victims’ claims to safety. It would irrevocably change the culture of the court, so the court’s founding ideals would seem like a distant memory. Howard era changes Of Howard’s changes to the family court, one of the least discussed was the creation of the Federal Magistrates Court in 1999, renamed the Federal Circuit Court in 2013. This week, it becomes the Federal Circuit and Family Court of Australia, following the abolition of the standalone family court. The Federal Magistrate’s Court was designed to be “a lean, cost-effective court” — imposing a technocratic, financially rationalised form of justice on affected families. Read more: The government still wants a Family Court merger — new research shows why this is not the answer Cases were to be solved swiftly and easily, often brutally. And this new managerialist behemoth progressively took over 90% of the family court’s caseload, transforming the practice of family law beyond recognition. Federal Circuit Court cases are rapid and hectic, with minimal transparency. In 40% of family law matters, one or both parties will be self-represented. Studies show the most common reason for parties to self-represent is that they cannot afford escalating legal fees. In a recent study by Jane Wangmann, Tracey Booth and Miranda Kaye, one lawyer described the Federal Circuit Court as a “zoo”, in which everybody struggles to understand what is going on because “there’s so many people and it’s so noisy and it’s so confusing”. One self-represented litigant told researchers that judges “push to settle”. They say, Just get it out of my court room, I don’t want to deal with this, get it out. Another self-represented litigant said the judge asked her, “Why haven’t you settled, why haven’t you settled this yet?” The judge added: I’m sick to death of people who won’t negotiate. Get out there and negotiate or I’m just going to flip a coin. ‘An absolute fantasy’ It should be unsurprising that parties to these proceedings frequently conclude that justice has not been served. Tasmanian senator Jacqui Lambie — for all her populist, political complexity — seems to be one of the few politicians who has recently stepped inside one of the nation’s hyper-rationalised lower-tier courts. 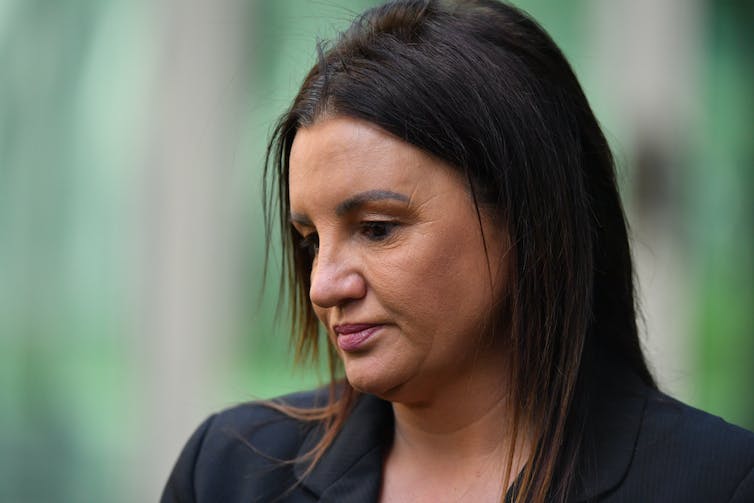 Independent senator Jacqui Lambie has blasted the family court merger. Mick Tsikas/AAP She tried to convey the sense of shock in an excoriating speech to parliament in February 2021 as the Senate debated the bill that would ultimately secure the courts merger. Maybe you’re thinking of a system where the bad guys get locked up and the good guys are quickly let go. In the back of your mind, you possibly have an idea that everybody has a high-powered lawyer in an expensive suit — and, my goodness, are they expensive. … If that’s what you’re thinking, you aren’t alone; that’s how I used to think our court system worked as well. Oh dear. It’s funny when you have life experience of something … nb small cut to quote here In reality, judges are overworked and under-resourced, and therefore — as Lambie put it — forced to “churn through [family law matters] as though they’re on a production line”. In a memorable image, she likened the work of the judiciary to flipping greasy meals like “someone in a burger joint”. The 2006 reforms included funding for already existing family support services, such as Relationships Australia, and the establishment of a new network of Family Relationship Centres. After this, separating parents increasingly began to turn to mediation to settle their differences, rather than the courts, reaching negotiated agreements through intermediaries. Read more: The family court does need reform, but not the way Pauline Hanson thinks This turn to non-legal mediation and non-adversarial settlement has been pronounced, creating emotionally better, more affordable outcomes for families, although funding for the sector has dwindled dramatically and fails to meet demand. At the same time, domestic abuse has become the central issue in the cases that continue to be brought before the family courts. A ‘Rolls Royce’ system for the rich and another for everyone else In Australia, 97% of separating families do not go to court, although 16% use mediation, counselling and lawyers to settle their disputes. The remaining 3% of separating parents who are compelled to use the courts as their main pathway to making children’s arrangements are predominately families affected by domestic abuse, child safety concerns and complex risk factors, including drug and alcohol abuse and mental health issues. Up to 85% of litigated family law matters involve domestic abuse. This figure includes 54% of families reporting physical violence, 50% reporting safety concerns, and 85% reporting emotional abuse. There are no reliable figures for financial abuse, but this is a frequent feature of all domestic abuse cases. 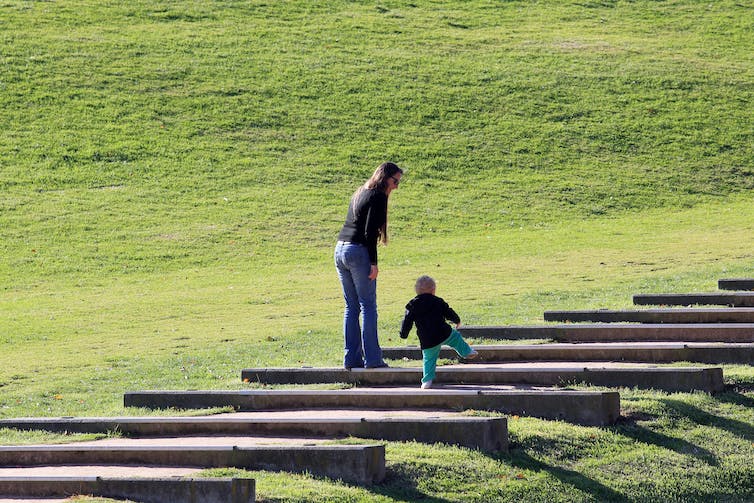 If family law matters do go to court, most involve domestic abuse. David Crosling/AAP One of the many glaring problems in the courts is that the law has been written with less troubled families in mind. It is a little-known fact that 49% of cases before the “specialist” Family Court are property matters. In practice, outside specialist lists — such as the Magellan list for “serious” child abuse — and the hearing of appeals, cases are commonly transferred from the allegedly “less specialist” Federal Circuit Court to the allegedly “more specialist” Family Court because they involve complex decision-making around taxation, superannuation, or companies and trusts. Effectively, this means affluent families have their cases heard in what has long been dubbed the “Rolls Royce” system of the family court. And the less affluent — including domestic abuse cases with aggravating factors such as drug and alcohol addiction or mental illness — are more frequently heard by commercially trained judges in the hyper-rationalised Federal Circuit Court. This includes judges with little specific family law experience. Or as Lambie put it in her speech, Here is the divide between the rich and the poor. The court merger will do little to change any of this. Broken is released on August 30, via Black Inc.