Cat owners are urged to keep their pet indoors for a variety of reasons, including protecting wildlife and preventing the spread of disease. But our research has found an entirely different motivator for containing cats.

Concern for their cat’s safety is the primary reason people keep cats inside. And people who allow cats to roam are also motivated by concern for the animal’s well-being.

If we want more domestic cats kept indoors, it’s important to understand what motivates cat owners. Our research suggests messages about protecting wildlife are, on their own, unlikely to change cat owners’ behaviour. 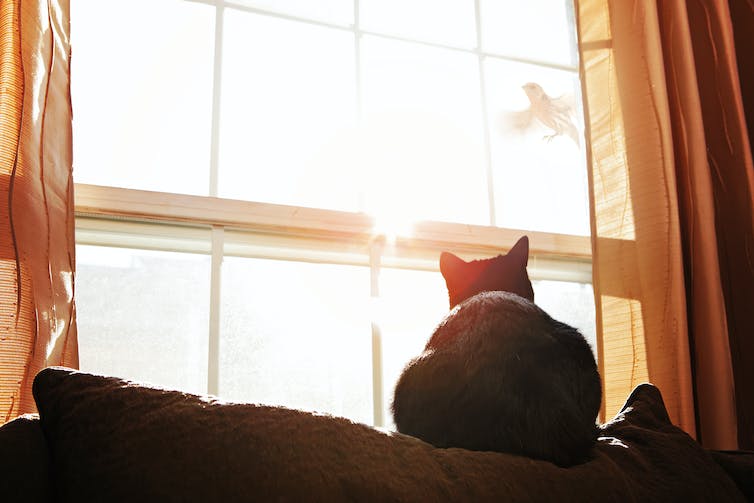 Cats are natural predators, and can kill many animals each year if left to roam. Shutterstock

Why keep your cat indoors?

Cat containment involves confining the animals to their owners’ premises at all times.

In the Australian Capital Territory, cat containment is mandatory in several areas. From July next year, all new cats must be contained across the territory, unless on a leash.

In Victoria, about half of local councils have some form of cat containment legislation. Current revisions to Domestic Animal Management Plans could mean the practice becomes more widespread.

Read more: One cat, one year, 110 native animals: lock up your pet, it's a killing machine

Cats have long been part of human societies and play an important social role in their owners’ lives. But our affection for the animals means efforts to keep cats contained can be met with opposition.

Officials, conservation groups and others put forward a range of reasons for containing cats, including:

So which argument is most persuasive? Our research suggests it’s the latter. 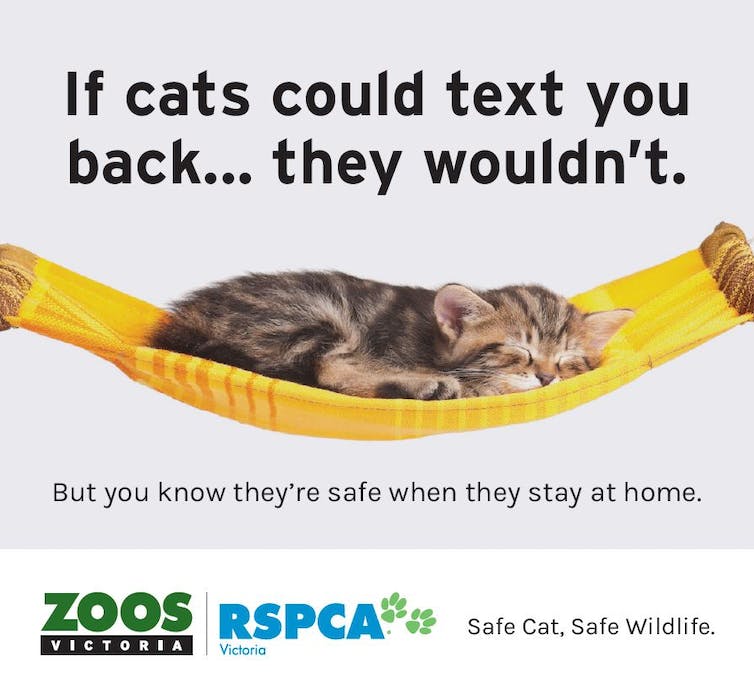 We found 53% of cat owners did not allow roaming. These people were more likely to hold concerns about risks to cats’ safety than cat owners who allowed roaming. They were also less likely to believe cats have a right to roam.

Both cat owners and other respondents generally believed cat owners should manage their pet’s roaming behaviour. But for cat owners, concern about harm to wildlife was not a significant predictor of containment behaviour.

Instead, people who keep their cats contained were more likely to be worried that their cat might be lost, stolen, injured or killed.

It’s not that cat owners don’t care about native animals - only about one in ten cat owners said they’d never seriously considered how their cat affects wildlife. But our survey results show this isn’t a big motivation for keeping cats indoors. 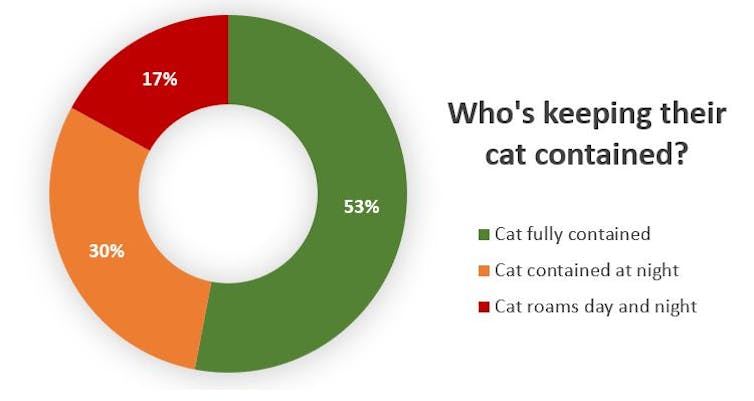 What Victorian cat owners are doing, based on our survey findings. Author provided.

A roaming lifestyle can be risky to cats. A 2019 study of more than 5,300 Australian cat owners found 66% had lost a cat to a roaming incident such as a car accident or dog attack, or the cat simply going missing.

Despite the risks, people who let their cats roam are more likely to think the practice is better for the animal’s well-being – for example, that hunting is normal cat behaviour.

Owners who let their cat roam were more likely than those who contained their cat to believe their cat did not often hunt. While not all cats kill wildlife, those that do typically only bring home a small proportion of their catch. That means owners can be unaware of their cats’ impact.

Read more: Street life ain't easy for a stray cat, with most dying before they turn 1. So what's the best way to deal with them?

Cat owners must be made aware of the risks of roaming and equipped with the tools to keep their cats happy and safe at home. Unfortunately, research shows many Australian cat owners are not providing the safe environment and stimulation their cat needs when contained.

Cat containment doesn’t have to mean keeping the animal permanently in the house – nor does it require building them a Taj Mahal on the patio.

Cats can be outside while supervised or walked on leash. You can also cat-proof your backyard fence to keep them in.

Our study shows cat containment campaigns can be more effective if messaging appeals to owners’ concern for their cats’ well-being. These messages could be delivered by trusted people such as vets.

Helping owners understand that cats’ needs can be met in containment, and giving them the tools to achieve this, may be the best way to protect wildlife.

Demonising cats is not the answer. The focus must shift to the benefits of containment for cats’ well-being if we hope to achieve a cat-safe and wildlife-safe future.

Read more: I've always wondered: can I flush cat poo down the toilet?