New Zealand English is one of the youngest dialects of English. It exhibits a number of unique features and the use of words from the indigenous Māori language is probably the most salient and easily recognisable one.

In our latest research, we found that the process by which Māori words are most frequently borrowed resembles the Darwinian concept of evolutionary fitness.

Of words and genes

Borrowings from Māori are so common that visitors to New Zealand only have to exit the plane to be greeted by haere mai. 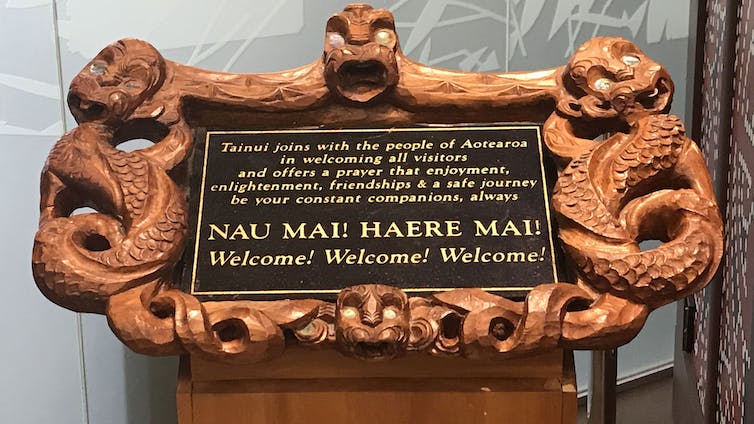 Sinead Leahy, CC BY-ND New Zealand English is spoken nearly 20,000 kilometres away from the language which gave rise to it. Distinct from its closely related cousin, Australian English, but often mistaken for it, our variety of English is unique to New Zealand/Aotearoa. New Zealand English is, of course, not alone in borrowing words from other languages. British English is no stranger to this, exhibiting words from as far as China and Japan to the east (ginseng, chow mein, kimono), and Native American languages to the west (tepee, toboggan). It is not exceptional in its array of foreign words, being both a donor and a receiver. This is the norm for many languages. Read more: Embracing Indigenous languages: the Kiwis just do it better The flow of words around the world can be compared to the flow of genes across species. Luigi Cavalli-Sforza and his colleagues showed in a ground-breaking paper in 1988 that Darwin’s idea that linguistic and genetic evolution paths go hand-in-hand was spot on. Like genes, words rely on the existence of a host (a population of speakers in this case) and they evolve and adapt to the needs of their host. The host is crucial. When the last speaker of a language dies, the language itself dies.

Bilingual signs, as seen here at the Wellington zoo, are common throughout New Zealand. Veronika Meduna, CC BY-SA Like genes, words can be understood to compete for the attention of their speakers, and this process can be modelled with mathematical and computational tools developed by geneticists. That is not to say that languages and genes are transferred by the same mechanism, but there are certainly parallels in their transfer. One crucial similarity is that humans take both their genes and their languages with them wherever they go. What is more, like genes, language tells a story of who we are. It cannot be reduced to a mere process of information transfer - implanting an idea from one brain into another, without surgery. In reality, as any newspaper section of “letters to the editor” reveals, people invest much personal anguish in assessing current linguistic usage and they are critical of incoming changes. The worry is that such changes may bring about the demise of the entire language. The use of foreign words can be seen as one such catalyst. Māori borrowings in New Zealand English 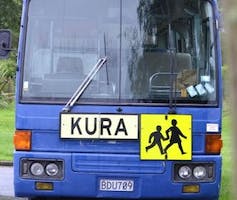 Kura is Māori for school. Te Puni Kōkiri, CC BY-SA Borrowings have been met with general disapproval by some, partly because the process implies that foreign words are merely borrowed from another language to fill a gap in the original language. This gap might be a speaker’s own lack of proficiency of the language, which prompts the adoption of a foreign word that spreads to the rest of the population of speakers, or it could be a gap in the lexical resources available (language Y not have a word for X). Borrowed words act as gap fillers and as such, they point out what might be (wrongly) perceived as deficiencies. Could this be why Māori borrowings show up in New Zealand English? In a recent paper, we investigate the relative success of various Māori borrowings, taking into account how often a loanword is used as a ratio of its potential use, for example, the frequency of “aroha” (love) as a ratio of the total frequency of “aroha” and its English counterpart “love”. Our results show that when comparing the relative success of Māori borrowings, the Darwinian concept of evolutionary fitness comes into play. A desire for economy of expression can help to explain why a word like “reo” (language) is relatively more frequent than “hōhonu” (deep): “reo” is shorter than “language”, whereas “hōhonu” is longer than “deep”. The same goes for borrowings whose closest counterparts in English can only be expressed by phrases, and not single words. 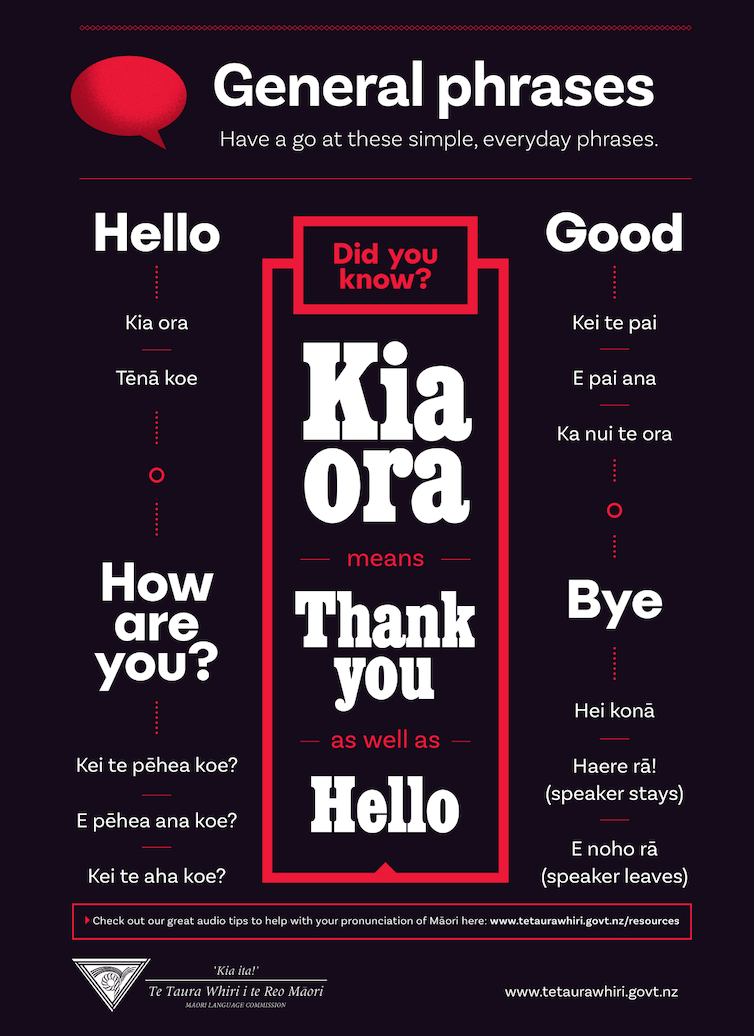 Māori Language Commission, CC BY-SA The social factors of borrowing There is more to the story though. While speakers agree in their desire for economy of expression, we find variation in borrowing behaviours across speakers. Unsurprisingly, Māori speakers of English are the chief users of borrowings, with Māori women leading the way. Female-led language change is typical when the change is seen as the new “standard” of that language variety. What prompts New Zealanders of European origins to incorporate Māori word in English seems to have to do with whom they are addressing. If addressing Māori or a group containing one, they are much more likely to use borrowings, presumably in order to show affinity with their audience. Interestingly, none of the New Zealand European speakers in our data reported being able to speak Māori. Furthermore, they seem to avoid borrowings with multiple meanings (possibly due to being unsure about the exact meaning of such words). Consequences for language change If speakers who do not speak Māori will nevertheless use Māori words in their day-to-day English, could this have larger consequences for the Māori language itself? Read more: Reviving Indigenous languages – not as easy as it seems Following a long period of decline in Māori proficiency rates to near extinction, the Māori Language Act was passed in 1987, awarding Māori official status. This year marks 30 years since that historic day and since the establishment of the Māori Language Commission, whose aim is to support the language. Today, Māori is spoken by just under 4% of all New Zealanders, and by 21% of Māori New Zealanders (according to the latest 2013 census). The Māori Language Commission actively encourages the use of Māori words by everyone in New Zealand, whether they speak the language or not, and offers freely downloadable posters to this end. Thus the official stance is certainly that borrowings could well pave the way to higher proficiency rates by raising awareness and increasing language prestige. It will be interesting to see whether the future agrees with these assumptions.