Indo-Pacific bottlenose dolphins (Tursiops aduncus) are a regular sight in the waters around Australia, including the Bunbury area in Western Australia where they attract tourists.

The dolphin population here, about 180km south of Perth, has been studied quite intensively since 2007 by the Murdoch University Cetacean Unit. We know the dolphins here have seasonal patterns of abundance, with highs in summer/autumn (the breeding season) and lows in winter/spring.

But in winter 2009, the dolphin population fell by more than half. 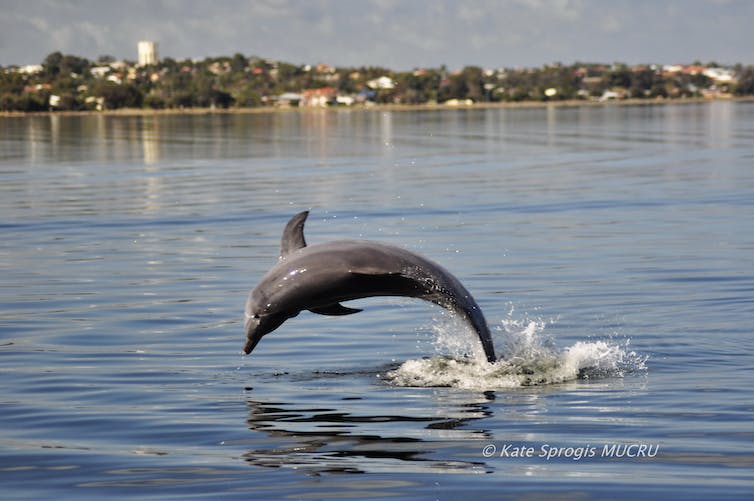 This decrease in numbers in WA could be linked to an El Niño event that originated far away in the Pacific Ocean, we suggest in a paper published today in Global Change Biology. The findings could have implications for future sudden drops in dolphin numbers here and elsewhere.

The El Niño Southern Oscillation (ENSO) results from an interaction between the atmosphere and the tropical Pacific Ocean. ENSO periodically fluctuates between three phases: La Niña, Neutral and El Niño.

During our study from 2007 to 2013, there were three La Niña events. There was one El Niño event in 2009, with the initial phase in winter being the strongest across Australia. 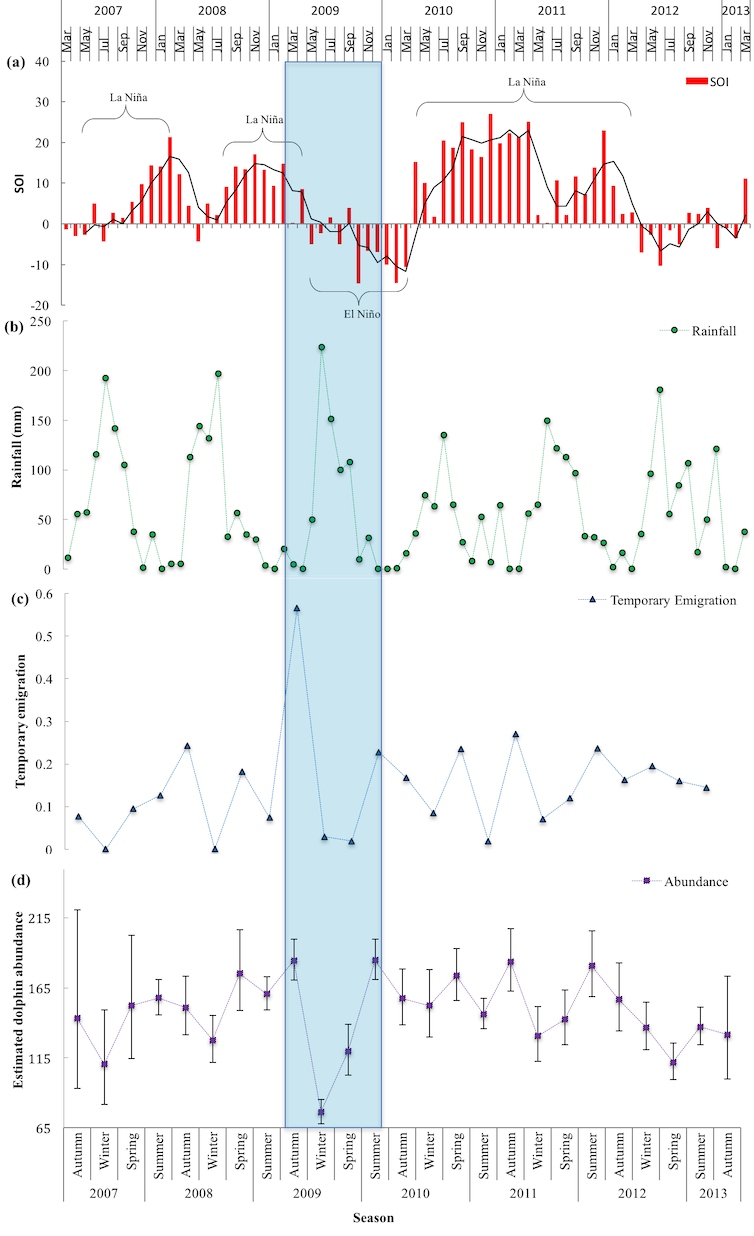 Coupled with El Niño, there was a weakening of the Leeuwin Current, the dominant ocean current off WA. There was also a decrease in sea surface temperature and above average rainfall.

ENSO is known to affect the strength of the south-ward flowing Leeuwin Current.

During La Niña, easterly trade winds pile warm water on the western side of the Pacific Ocean. This westerly flow of warm water across the top of Australia through the Indonesian Throughflow results in a stronger Leeuwin Current.

During El Niño, trade winds weaken or reverse and the pool of warm water in the Pacific Ocean gathers on the eastern side of the Pacific Ocean. This results in a weaker Indonesian Throughflow across the top of Australia and a weakening in strength of the Leeuwin Current. 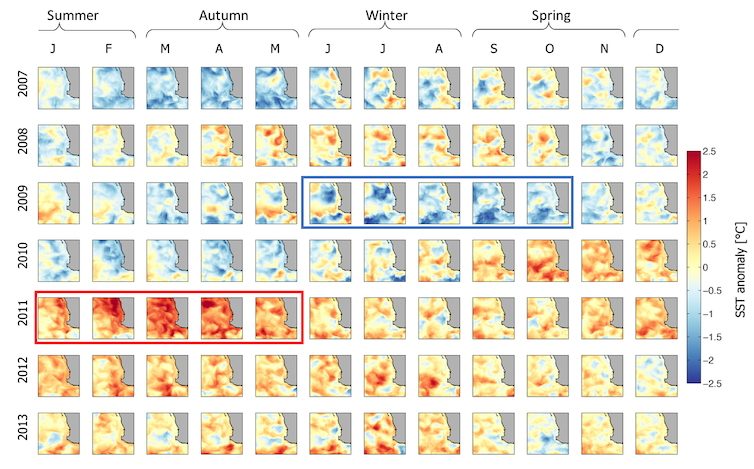 The strength and variability of the Leeuwin Current coupled with ENSO affects species biology and ecology in WA waters. This includes the distribution of fish species, the transport of rock lobster larvae, the seasonal migration of whale sharks and even seabird breeding success.

The question we asked then was whether ENSO could affect dolphin abundance?

What happened during the El Niño?

These El Niño associated conditions may have affected the distribution of dolphin prey, resulting in the movement of dolphins out of the study area in search of adequate prey elsewhere. 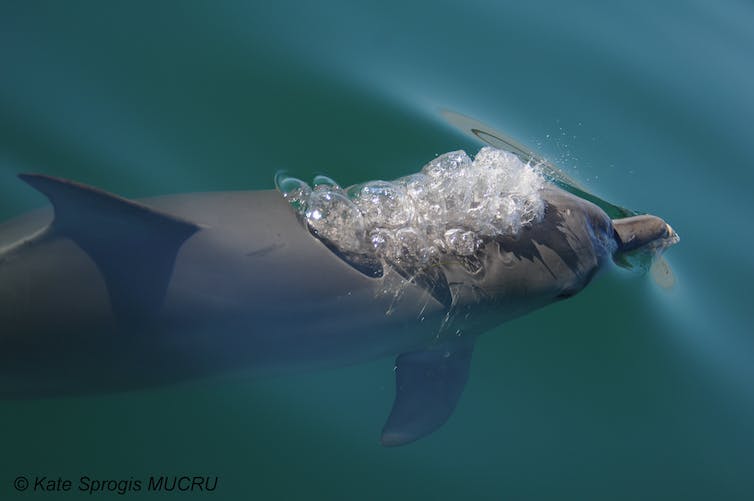 This is similar to what happens for seabirds in WA. During an El Niño event with a weakened Leeuwin Current, the distribution of prey changes around seabird’s breeding colonies resulting in a lower abundance of important prey species, such as salmon.

This in turn negatively impacts seabirds, including a decrease in reproductive output and changes in foraging.

In southwestern Australia, the amount of rainfall is strongly connected to sea surface temperature. When the water temperature in the Indian Ocean decreases, the region receives higher rainfall during winter.

High levels of rainfall contribute to terrestrial runoff and alters freshwater inputs into rivers and estuaries. The changes in salinity influences the distribution and abundance of dolphin prey.

This is particularly the case for the river, estuary, inlet and bay around Bunbury. Rapid changes in salinity during the onset of El Niño may have affected the abundance and distribution of fish species.

In 2009, there was also a peak in strandings of dead bottlenose dolphins in WA (between 1981-2010), but the cause of this remains unknown.

Of these strandings, in southwest Australia, there was a peak in June that coincided with the onset of the 2009 El Niño.

Specifically, in the Swan River, Perth, there were several dolphin deaths, with some resident dolphins that developed fatal skin lesions that were enhanced by the low-salinity waters.

What does all this mean?

Our study is the first to describe the effects of climate variability on a coastal, resident dolphin population. 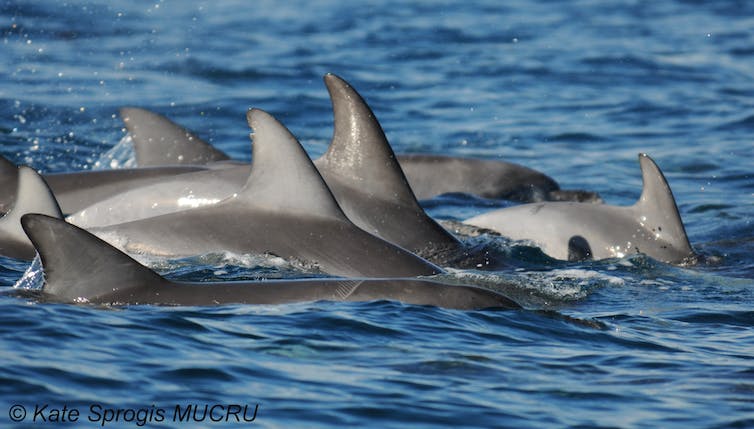 We suggest that the decline in dolphin abundance during the El Niño event was temporary. The dolphins may have moved out of the study area due to changes in prey availability and/or potentially unfavourable water quality conditions in certain areas (such as the river and estuary).

Long-term, time-series datasets are required to detect these biological responses to anomalous climate conditions. But few long-term datasets with data collected year-round for cetaceans (whales, dolphins and porpoises) are available because of logistical difficulties and financial costs.

Continued long-term monitoring of dolphin populations is important as climate models provide evidence for the doubling in frequency of extreme El Niño events (from one event every 20 years to one event every ten years) due to global warming.

With a projected global increase in frequency and intensity of extreme weather events (such as floods, cyclones), coastal dolphins may not only have to contend with increasing coastal human-related activities (vessel disturbance, entanglement in fishing gear, and coastal development), but also have to adapt to large-scale climatic changes.