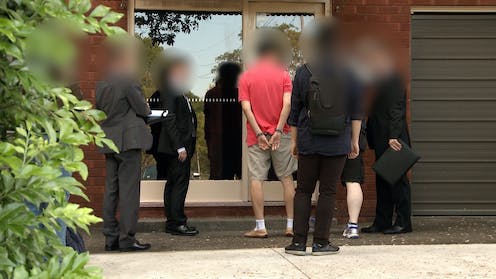 On the weekend, the Australian Federal Police (AFP) arrested and charged a 59-year-old Sydney man over allegations he acted as an “economic agent” for North Korea by facilitating exports from the rogue nation.

The AFP claims he has committed offences under the Weapons of Mass Destruction (Prevention of Proliferation) Act. This marks the first time charges have been brought under this act.

It will further allege he has committed offences under the Charter of the United Nations Act and the Autonomous Sanctions Act. This second law was enacted as a response to the UN Oil-for-Food scandal.

The AFP will allege the man is guilty of the following offences:

These charges relate to both UN sanctions and Australian autonomous sanctions. It is set against the background of recent tougher UN sanctions against North Korea in respect of its nuclear and missile programs.

The Weapons of Mass Destruction (Prevention of Proliferation) Act was intended to put the onus on exporters from Australia not to export items that, while having legitimate uses, could be used for nuclear, chemical and bacteriological programs.

Relevant to these charges, the act also provides generally that where a person supplies goods to another, believing or suspecting on reasonable grounds that the goods may be used in a program for the development, production, acquisition or stockpiling of weapons of mass destruction, the person is guilty of an offence punishable by imprisonment for a maximum of eight years.

The purpose of the Charter of the United Nations Act is to enable Australia to apply sanctions that give effect to the Security Council’s decisions.

The International Trade Integrity Act amended the Charter of the United Nations Act to include a new section. This section provides an offence for people or entities that engage in conduct that contravenes a UN sanction enforcement law.

The International Trade Integrity Act was intended to enhance the operation of Australian laws:

… to strengthen enforcement of all UN sanctions and combat foreign bribery.

The act came in response to the recommendations of the 2006 inquiry into the involvement of Australian companies – mainly the Australian Wheat Board – in kickbacks to the Iraqi government for the sale of wheat to Iraq under the UN Oil-for-Food Program.

UN sanctions against North Korea commenced with a Security Council resolution in 2006 that imposed an arms embargo, assets freeze and travel ban on those involved in its nuclear program. It also banned a range of imports and exports to prohibit the country from conducting nuclear tests or launching ballistic missiles.

UN sanctions against North Korea have been amended and extended several times since. In August 2017, a resolution imposed a complete ban on North Korea coal exports. In September 2017, another resolution introduced a full ban on the supply, sale or transfer of all condensates and natural gas liquids to North Korea, and a limit for all refined petroleum products.

In response to UN sanctions, Australia prohibits the procurement of coal from North Korea and the import of any items banned by UN sanctions as relevant to the country’s ballistic missile program.

… the autonomous sanctions Australia has had in place on North Korea since 2006 in response to its missile and nuclear tests.

The Autonomous Sanctions Act provides for an offence in respect of autonomous sanctions identical to that in the Charter of the United Nations Act.

Australia’s autonomous sanctions against North Korea have also been amended several times. Relevant to these charges, they include a comprehensive ban on any activity related to North Korea’s extractive industry, including establishing or participating in a joint venture, partnership or other business relationship with a person or entity engaged in that industry.

The charges show that Australia is determined to effectively implement UN and Australian sanctions, against the background of the serious failures to prevent and punish violations of sanctions against Iraq under the UN Oil-for-Food Program.