It’s easy to see alcohol consumption being a result of thousands of years of ritual and a lifetime of habit. But have you ever stopped to consider why it is you choose to drink? Knowing what motivates people to drink is important to better understanding their needs when it comes to encouraging them to drink less, or in a less harmful way.

Personally, everyone can come up with many reasons why he or she is drinking, which makes a scientific understanding of the reasons difficult. But there is something called the motivational model of alcohol use, that argues we drink because we expect a change in how we feel after we do. Originally developed to help treat alcohol dependence, the ideas described in the model led to a new understanding of what motivates people to drink. 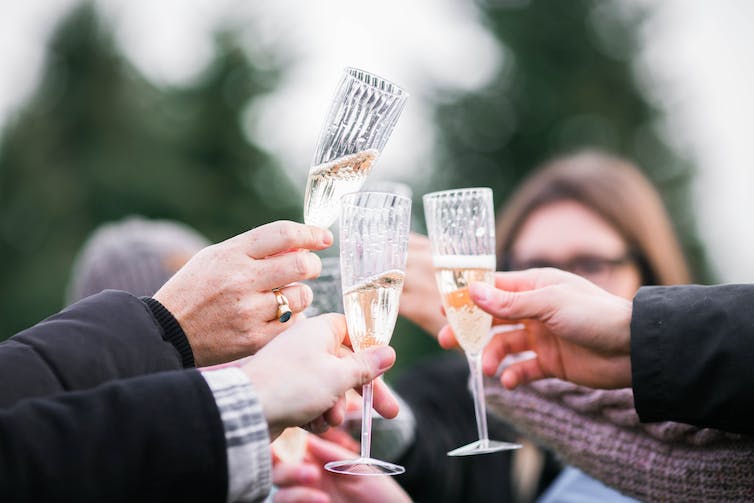 Some will sip champagne or hold a glass of wine on social occasions to avoid pressure to drink. Photo by Nik MacMillan on Unsplash

This results in all drinking motives falling into one of four categories: enhancement (because it’s exciting), coping (to forget about my worries), social (to celebrate), and conformity (to fit in). Drinkers can be high or low in any number of drinking motives – people are not necessarily one type of drinker or the other.

All other factors – such as genetics, personality or environment – are just shaping our drinking motives, according to this model. So drinking motives are a final pathway to alcohol use. That is, they’re the gateway through which all these other influences are channelled.

To date, nearly all the research on drinking motives has been done on teens and young adults. Across cultures and countries, social motives are the most common reason young people give for drinking alcohol. In this model, social drinking may be about increasing the amount of fun you are having with your friends. This fits in with the idea that drinking is mainly a social pastime. Drinking for social motives is associated with moderate alcohol use.

When people only drink on social occasions because they want to fit in – not because it’s a choice they would normally make – they drink less than those who drink mainly for other reasons. These are the people who will sip a glass of champagne for a toast, or keep a wine in their hand to avoid feeling different from the drinkers around them.

In the last couple of years, programs like Hello Sunday Morning have been encouraging people to take a break from drinking. And by making this more socially acceptable, they may also be decreasing the negative feedback some people receive for not drinking, although this is a theory that needs testing.

Read more: Why do our friends want us to drink and dislike it when we don't?

Beyond simply drinking to socialise, there are two types of adolescents and young adults with a particular risky combination of personality and drinking motive preference. 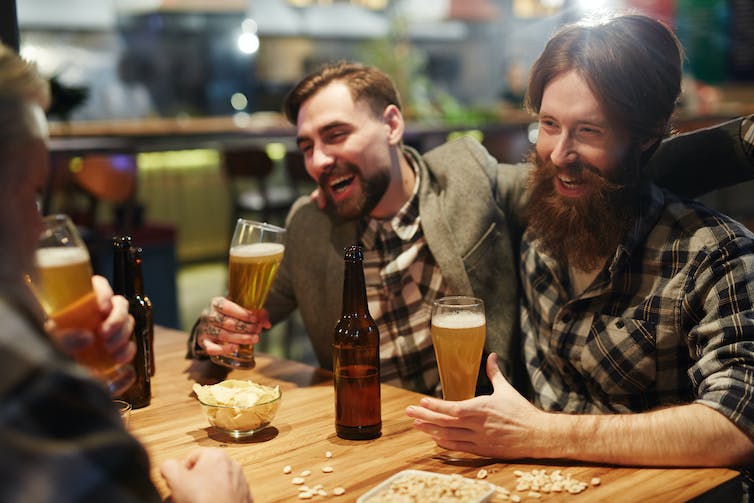 People who drink for enhancement are usually males and extroverted. from shutterstock.com

First are those who drink for enhancement motives. They are more likely to be extroverted, impulsive, and aggressive. These young people (often male) are more likely to actively seek to feel drunk – as well as other extreme sensations – and have a risk-taking personality.

Read more: Hedonism not only leads to binge drinking, it's part of the solution

Second, those who drink mainly for coping motives have higher levels of neuroticism, low level of agreeableness and a negative view of the self. These drinkers may be using alcohol to cope with other problems in their life, particularly those related to anxiety and depression. Coping drinkers are more likely to be female, drink more heavily and experience more alcohol-related problems than those who drink for other reasons.

While it may be effective in the short term, drinking to cope with problems leads to worse long-term consequences. This may be because the problems that led to the drinking in the first place are not being addressed.

There is promising research that suggests knowing the motives of heavy drinkers can lead to interventions to reduce harmful drinking. For instance, one study found that tailoring counselling sessions to drinking motives decreased consumption in young women, although there was no significant decrease in men.

This research stream is limited by the fact we really only know about the drinking motives of those in their teens and early 20s. Our understanding of why adults are drinking is limited, something our research group is hoping to study in the future.

Read more: Beer, bongs and baby boomers: the unlikely tale of drug and alcohol use in the over 50s

Next time you have a drink, have a think about why you are choosing to do so. There are many people out there having a drink at night to relax. But if you’re aiming to get drunk, you have a higher chance than most of experiencing harm.

Alternatively, if you are trying to drink your problems away, it’s worth remembering those problems will still be there in the morning.