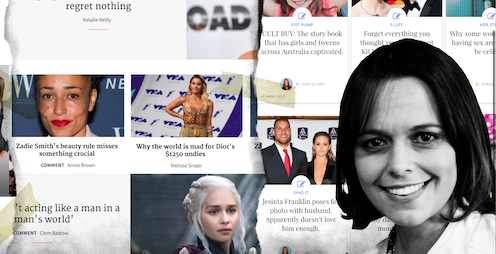 Second wave feminists protested against women’s magazines and beauty pageants. Today, however, beauty and fashion editors such as Elaine Welteroth (recently of Teen Vogue) are some of the most high profile voices of a resurgent feminist movement.

On my most Pollyannaish days, I want to cheer online publications that mix politics with fashion and beauty for the way they are mainstreaming feminism. On closer inspection, though, this lashing together of feminist politics with a women’s magazine sensibility has produced some odd results.

In today’s episode of Essays On Air - the audio version of The Conversation’s Friday essay series - I’m reading an edited version of my recent essay, The personal is now commercial – popular feminism online.

With the #metoo movement bringing feminism right to the centre of mainstream debate, it’s time to take a closer at how popular feminism plays out online.

Find us and subscribe in Apple Podcasts, in Pocket Casts or wherever you get your podcasts.

Ms. America, Up Against the Wall by Maisonpop93

Australia: Thousands march for equal rights in Melbourne on Women’s Day by Ruptly

Tomb Raider (club mix) by Music For Your Plants