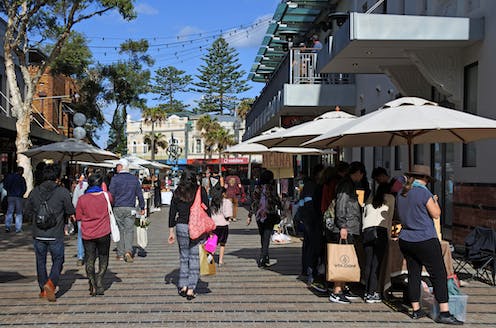 This week has seen a significant milestone in the fight against modern slavery as the Modern Slavery Bill was introduced into the Australian parliament. When passed, the law will require companies with an annual turnover of more than $100 million to report annually on the risks of modern slavery in their operations and supply chains, and on the actions to address these.

Read more: Should Australia have a Modern Slavery Act?

Australia has benefited from the lessons learned in the UK. The bill has addressed some of the shortcomings from the UK Act by including reporting obligations for Commonwealth entities, and a legislated and government-funded repository for the modern slavery statements.

The lack of a central government repository for statements was felt to be a weakness of the UK legislation, although one is now managed by an NGO. According to the Australian bill, statements will be kept in an online repository that may be accessed by the public.

What is modern slavery?

There is often debate about what “modern slavery” actually means. The definition given in the bill is “conduct which would constitute” an offence under Division 270 or 271 of the Criminal Code. This covers offences such as slavery, servitude, forced labour, deceptive recruiting, trafficking in persons, debt bondage, forced marriage and organ trafficking.

The definition also includes trafficking in persons, as defined in the international Trafficking Protocol and the worst forms of child labour.

Around the world, it is estimated there are almost 25 million people in forced labour, working to produce goods or services for consumers like us. Long after Australia officially abolished slavery, the practice continues here and the Global Slavery Index estimates there are approximately 4,300 people trapped in modern slavery in Australia.

Slavery in the Southeast Asian fishing industries (the top suppliers of shellfish to Australian supermarkets); the harsh working conditions of construction workers in Qatar; and closer to home, the underpayment of Australian workers employed by companies like 7-Eleven, Dominos and Pizza Hut are indicative of the oppressive working conditions that may amount to modern slavery.

What will companies need to do?

It is estimated more than 3,000 companies will have to report on modern slavery risks in their operations and supply chains, and the action they have taken to tackle these. Depending on the speed of the passage of the legislation, the first reports could be due by January 1, 2019. Businesses with revenue of less than $100 million can opt to report voluntarily.

They must also describe the actions taken by the company and any entity it owns or controls, to assess and address the risks.

What are the bill’s shortcomings?

The bill is a welcome step forward but does fall short in a few key areas. The first is there are no penalties for companies that fail to report. This means enforcement is effectively left to NGOs which could use the public repository to “name and shame” companies, and to shareholders or investors who could put pressure on the companies to comply with their reporting obligations.

The second shortcoming is that unlike the UK, there is no provision for an anti-slavery commissioner who might otherwise help enforce the law. This raises questions about the efficacy of the “mandatory” scheme, which has no consequences for a failure to report. By contrast, the NSW Modern Slavery Act includes both provision for financial penalties for a failure to report and for the appointment of an Anti-Slavery Commissioner.

Read more: Taking on modern slavery and the challenge of making it history

Academics and NGOs have also stressed that although businesses are essential in identifying and tackling modern slavery, existing laws could be used more effectively to regulate workplaces and report on and prosecute cases of slavery and trafficking.

What are the international trends in this area?

Australia is not alone in proposing such laws. Business reporting on human rights is a growing trend, with a number of jurisdictions having introduced reporting or due diligence requirements in recent years. Some Australian companies already report under the UK Act.

In addition, comparable laws have been introduced across the European Union and in some states and sectors in the United States. Denmark has laws requiring corporate social responsibility reporting, and in Brazil, there is a “dirty list” enabling public shaming of businesses using forced labour.

In 2017, the French parliament introduced a new due diligence law on human rights and the environment for businesses. Other European countries are also in the process of developing comparable laws, such as the Netherlands’ child labour due diligence laws.

If the Modern Slavery Bill passes, it will be a significant step for Australia in reconciling the need for business to operate in a manner that ensures respect for workers’ basic human rights.

This is an opportunity for organisations to take their reporting obligations seriously. This means publishing reports that are the result of significant due diligence efforts that identify, track and monitor potential problems in their operations and supply chain.

While the bill is significant, it is also not as strong as it should be, and the government must follow through with its promise to review its impact in three years.