“Where are you from?” is a question everyone is likely to be asked at some point in their lives. It’s also an increasingly common question as people live, study and work across the globe.

Our study looked at how 642 Australian adolescents from Queensland and Victoria respond to the question “where are you from?”, and why they respond as they do to help explain why this question can cause so much misunderstanding.

The answer lies in the different ways this question can be interpreted, the amount of information adolescents feel they want to provide, and why people think they are being asked the question in the first place.

There are four important factors that affect how young people responded.

Those four words have multiple layers of meaning. At one level, the question may have relatively little to do with physical location – it’s simply a way of starting a conversation (“wher’re you from mate?”).

Even individuals who interpret the question as a request for a physical location may not think about location in the same way. Some people may zoom out (“I’m from down under”). Others may zoom in (“Bendigo, Calgully”).

Responses also depend on the context of the discussion:

In a different country, I would say ‘Australia’ if overseas.

They may also relate to one’s personal identity:

I would say Victoria. I don’t like to give away too much information about myself.

Melbourne, Victoria, Australia - because I want to be known as a city kid and not a bogan.

Personal connections with place help convey a sense of belonging (“Australia, mate! Say it with enthusiasm as people know Australia is a great place”). One’s sense of belonging can be reinforced by adding Aussie slang or by shortening the name of the place in the typical Australian fashion (such as “Rocky” for Rockhampton).

Belonging can also be tied to language. In particular, the Aussie English accent (“Tasmania, because everyone asks about my Tassie accent”). A response that ties belonging to English can be quite unnerving for anyone who speaks a language other than English, or speaks English with an accent other than the Australian accent. They may feel like they don’t belong.

For some, place identity may also be associated with one’s broader family identity (“Australia because I was born in Australia and so were my parents” or “from Australia as seven generations have been from here”).

A response of this type can also be unsettling for new Australians who may voice this in their own responses to the “where are you from” question through a “but” statement as in “Australia, but parents from Malaysia”, or “I was born here, but I’m part Dutch”. 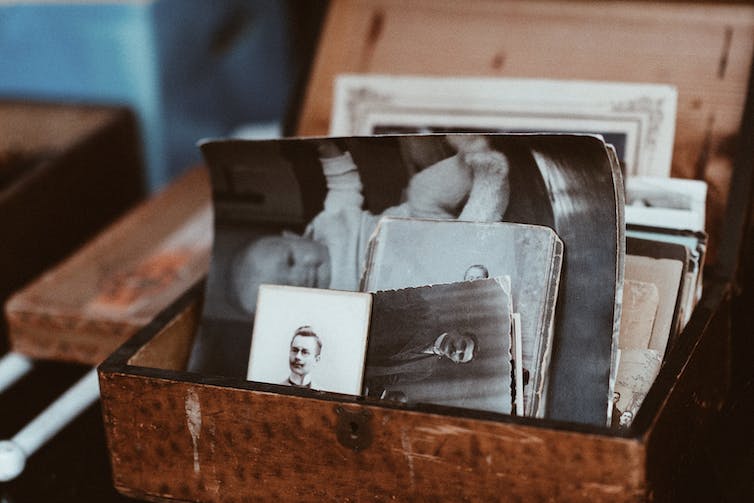 Family identity and appearance also play a role in how people answere questions about where they’re from. Photo by Roman Kraft/Unsplash, CC BY

Alternatively, others may present their dual identity with a more confident “with” statement (“I am Australian with Greek heritage”). You may want to listen out for these prepositions to help you understand how migrants position themselves as Australians.

Still others, when asked where they’re from, may not focus on the words but on the reason they have been asked the question. They may assume it’s because they look or speak differently:

Australia but my dad is from Hong Kong, hence the skin and hair colouring.

I say I have Papua New Guinean heritage but I am Australian, because people want an explanation about who I am.

This may be the reason many white Australians in Australia are not asked this question as frequently. One Australian adolescent in our study on place identity talked about the issue this way:

Australia because I was born here and as a white person I’m unlikely to be asked where I’m from “originally”.

Read more: Australia, a place of belonging and pride – and some telltale fractures

Finally, individuals can interpret the “where from” question in temporally different ways. For some, the answer is timeless (“Australia!”). For others, it’s connected with memories and embraces the past (“Australia because I was born and raised here”).

A focus on the past may also cause new Australians to question their status as Australians. So perhaps, in the spirit of inclusion for migrants, children of migrants and minority groups, we need to think about how we respond to the “where are you from” question and think about a response that relates to the present: “Australia, because I live here, not because I was born here”.