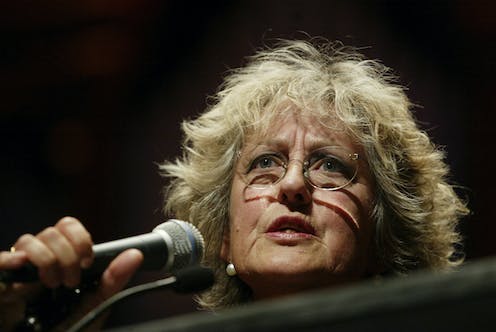 Once again, we are in the middle of a public spat about who should get to speak at a writers’ festival in Australia. It appears the Brisbane Writers Festival uninvited Bob Carr and Germaine Greer (the festival has said neither author had been signed to a contract for appearances). In a context where #metoo has demonstrated the potency of social media mobilisation, it would seem the festival has erred on the side of caution rather than inflame the Twitterverse with contentious speakers.

Richard Flanagan issued a forceful response, questioning the festival’s “courage”. Flanagan argued with palpable frustration that this was indicative of a tendency to silence ideas that rub “against the grain of conventional thinking” and it is in danger of becoming a festival “Approved by Twitter Bots”. For Flanagan, this and other moments like it endanger the operation of the “republic of letters” that nourishes our democratic life.

Carr’s and Greer’s publisher has queried the “disinvitation”, suggesting it seems “counter to the ethos of freedom of speech”.

This debate is, in part, a contest over the ethics of public life and what rules should govern speaking privileges within it. The writers’ festival is hardly a politically neutral space in which the most virtuous ideas win the day through their intellectual force and merit; these are curated programs that adhere to visible and invisible rules of admission.

Read more: I'm right, you're wrong, and here's a link to prove it: how social media shapes public debate

Perhaps Flanagan would do well to remember that his ideal republic of letters was an intellectual community that took shape in specific ways during the Enlightenment. This intellectual community of philosophers forged many of the ideas we take as common sense, like the importance of freedom of speech to democratic culture. But it too had rules of admission.

The conventions of this imaginary republic were profoundly gendered and racialised. It was a space that assumed a white male perspective as the norm and tended to uphold rather than critique gender and racial inequalities. Some historians even suggest that women’s participation in public life in Europe declined over the 18th century as the imaginary republic exerted more influence.

While 200 years of political transformation has meant our public life can admit the ideas of people who don’t look like Voltaire or Rousseau, there are certainly cultural legacies of these formulations. Bucketloads of research demonstrates how, for example, university students grant male professors much more authority than their female colleagues. So too, all kinds of male misbehaviour is excused as the cost of genius. Perhaps the writers’ festival author that Flanagan expects to arrive drunk and tardy would be an example of this.

Gendered ideas are clearly part of the DNA of this contest, often in quite subtle ways. It is no coincidence that the forces Flanagan and others suggest endanger our democratic culture include young feminists emboldened by networks of support on various social media platforms. Social media have provided a space in which a new generation of feminist voices is holding older forms of authority to account.

Indeed, Flanagan’s examples of this dangerous policing of public life are revealing. Junot Diaz, Germaine Greer and Lionel Shriver have all had their sexual, racial and gender politics brought into question at recent writers’ events.

Read more: Lionel Shriver and the responsibilities of fiction writers

Diaz’s gut-wrenching account of his sexual abuse as a child was soon followed by multiple female voices who raised questions about the impact of his adult behaviour on others. His authority was called into question and he withdrew from a set of public engagements. This represents for Flanagan some kind of calamity.

Flanagan argues that the stories about Diaz remain unproved accusations and, as a consequence, we do him an injustice if we let these accusations alone exclude him from public life. However, as the #metoo moment has demonstrated, the rules of admission for public life tend to conceal rather than reveal sexual misconduct.

We need to ask tough questions about whose voices are more readily heard and what these limitations make invisible. Sometimes that might mean different voices are granted authority and others step back. The social media world that Flanagan fears is limiting our democratic life has, in some cases, provided a space for the articulation of young feminist voices to call into question male authority and the gendered privilege of artistic genius.

The idea that social media is somehow destroying our public culture is hardly a new one; the mob mentality that sometimes unfolds to sustain the pleasures of virtuous condemnation are worth thinking critically about. So, too, it clearly encourages the polarisation of political views.

When Michael Cathcart ran into uncomfortable territory around race in his interview with Paul Beatty last year, the baying continued on Twitter for the next week. This was partly a moment in which Cathcart’s older ideas about how to read and understand texts crashed into more recent political norms about who can and cannot speak about what topics, and who can use what language.

To be sure, these voices certainly have a tendency towards virtuous outrage about harm. As Jacqueline Rose recently argued, rigid calculations of harm sometimes do not allow for the messiness of everyday life. A politics conducted in single images and outraged tweets will always struggle with political nuance.

However, #metoo can also be read as a politics that has flourished on social media because the present rules of public life will not fully admit these young female voices. The moment we are living through right now is, in part, a contest over how we should decide who gets to speak.

I’m not sure Flanagan’s idealising of the profoundly gendered republic of letters offers a useful solution to this historically specific rupture. I suspect both sides of this debate might benefit from thinking carefully about the rules they implicitly and explicitly hope to enforce on our public culture, but I’m pretty sure dismissing young feminists as a social media “mob” is hardly productive.