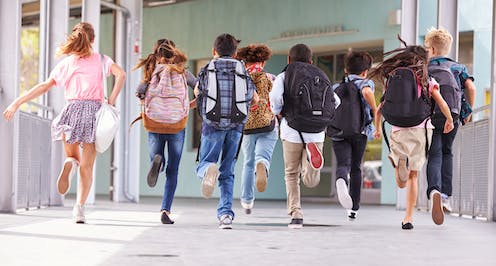 The New Zealand government’s move to close charter schools as part of its education reform has prompted strong Māori criticism.

Māori educators Sir Toby Curtis and Dame Iritana Tawhiwhirangi have filed a Waitangi Tribunal claim, arguing that the failure to involve Māori, and consider Māori interests, breaches the Crown’s obligations under the Treaty of Waitangi. They say that the school closures would disproportionately affect Māori. Six of the 11 charter schools have predominantly Māori rolls.

The debate is bigger than public versus private education, which is how the government sees it. It is more a matter of the meaning of Māori citizenship, and whether citizenship has evolved from the subjecthood Māori were granted under the treaty in 1840.

In 2013, the government established charter schools, or kura hourua. They are state funded, but privately owned and operated. Designed to have greater flexibility over the curriculum and employment of teachers, they are expected to encourage innovation and provide opportunities for people not traditionally well served by the public education system.

Charter schools were a condition of the small libertarian ACT party’s confidence and supply agreement with the National-led government. Critics insisted that kura hourua reflected an ideological preference for the privatisation of education.

They saw the argument that kura hourua might provide better opportunities for the Ministry of Education’s priority learners (mostly Māori and Pacific Island people from schools serving socio-economically disadvantaged communities) as an argument of convenience. The solution was better investment in public education.

Furthermore, critics argued the public system already had the capacity to support designated character schools for those wanting a more distinctive education.

The closure of charter schools was an election promise of the Labour Party. Yet, the party was divided and its Māori members held strongly that kura houora were expressions of Māori self-determination.

They saw the schools as a way of giving Māori greater capacity to work outside the system and to define educational success. It was a contentious decision for the Ardern government to confirm its pre-election commitment and introduce legislation to end charter schools.

We think all Māori students, regardless of what school they go to, are entitled to a quality education, and Māori students shouldn’t be forced to leave the public education system and go to private schools in order to have the quality of education that they deserve.

For those familiar with how public schooling fails Māori, this was a deep affront to self-determination.

The question of what it means to be a Māori citizen stands behind the tribunal claim that the Crown’s actions breach the treaty’s established principles of partnership, active protection and reciprocity.

Kura hourua have had mixed success. But as Curtis and Tawhiwhirangi have told the tribunal, their students have, overall, achieved to a higher level than priority learners in state schools. There have been cases of comparatively outstanding outcomes.

Significantly, the tribunal has previously found that the Crown has distinctive educational obligations to Māori. Curtis and Tawhiwhirangi argue in their claim that the Crown must govern with a “fully informed understanding of and respect for the Māori interest”. They say that a further breach is the failure “to provide alternatives which make appropriate provision for the needs of Māori”.

The Crown’s intention to provide for those needs is not the same as actually doing so. Aspiring to the equal consideration of all citizens is morally important, but achieving that equality is a more complex, contested and culturally contextualised process. Māori are, after all, entitled to public policy that works.

From subject to citizen and the right to self-determination

Māori schooling has progressed significantly from its early to mid-20th century goal of assimilating Māori into the low-skilled Pākehā (European New Zealanders) working class. The contemporary economy requires that all citizens contribute to their full capacity.

However, in this context there is still a Māori desire “to achieve as Māori” and for the state to step back. Curtis and Tawhiwhirangi make this claim with reference to the Treaty of Waitangi. It can also be made with reference to the United Nations Declaration on the Rights of Indigenous Peoples:

Indigenous peoples have the right to establish and control their educational systems and institutions … in a manner appropriate to their cultural methods of teaching and learning.

The policy questions New Zealand encounters are bigger still than charter schools. They should be thought about in the context of what it means to be a Māori citizen of the modern liberal state.