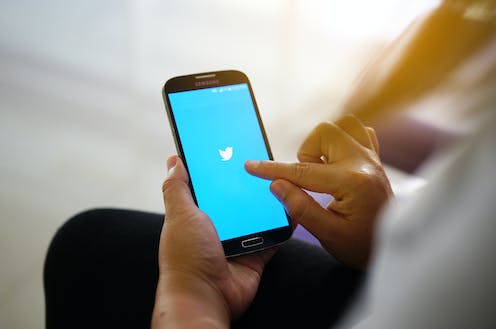 Finally, some good news from the weirdo-sphere that is social media. Twitter CEO Jack Dorsey has announced that, effective November 22, the microblogging platform will ban all political advertising – globally.

This is a momentous move by Twitter. It comes when Facebook and its CEO Mark Zuckerberg are under increasing pressure to deal with the amount of mis- and disinformation published via paid political advertising on Facebook.

Zuckerberg recently told a congress hearing Facebook had no plans of fact-checking political ads, and he did not answer a direct question from Congresswoman Alexandria Ocasio-Cortez if Facebook would take down political ads found to be untrue. Not a good look.

A few days after Zuckerberg’s train wreck appearance before the congress committee, Twitter announced its move.

Read more: Merchants of misinformation are all over the internet. But the real problem lies with us

While Twitter should get credit for its sensible move, the microblogging company is tiny compared to Facebook and Google. So, until the two giants change, Twitter’s political ad ban will have little effect on elections around the globe.

A symptom of the democratic flu

It’s important to call out Google on political advertising. The company often manages to fly under the radar on this issue, hiding behind Facebook, which takes most of the flack.

The global social media platforms are injecting poison into liberal democratic systems around the globe. The misinformation and outright lies they allow to be published on their platforms is partly responsible for the increasingly bitter deep partisan divides between different sides of politics in most mature liberal democracies.

Add to this the micro targeting of voters illustrated by the Cambridge Analytica scandal, and a picture emerges of long-standing democratic systems under extreme stress. This is clearly exemplified by the UK parliament’s paralysis over Brexit and the canyon-deep political divides in the US.

Read more: Why you should talk to your children about Cambridge Analytica

Banning political advertising only deals with a symptom of the democratic flu the platforms are causing. The root cause of the flu is the fact social media platforms are no longer only platforms – they are publishers.

Until they acknowledge this and agree to adhere to the legal and ethical frameworks connected with publishing, our democracies will not recover.

Not platforms, but publishers

Being a publisher is complex and much more expensive than being a platform. You have to hire editorial staff (unless you can create algorithms advanced enough to do editorial tasks) to fact-check, edit and curate content. And you have to become a good corporate citizen, accepting you have social responsibilities.

Convincing the platforms to accept their publisher role is the most long-term and sustainable way of dealing with the current toxic content issue.

Accepting publisher status could be a win-win, where the social media companies rebuild trust with the public and governments by acting ethcially and socially responsibly, stopping the poisoning of our democracies.

Mark Zuckerberg claims Facebook users being able to publish lies and misinformation is a free speech issue. It is not. Free speech is a privilege as well as a right and, like all privileges, it comes with responsibilities and limitations.

Examples of limitations are defamation laws and racial vilification and discrimination laws. And that’s just the legal framework. The strong ethical frame work that applies to publishing should be added to this.

Then, there’s the global social media oligopoly issue. Never before in recorded human history have we seen any industry achieve a level of ownership concentration displayed by the social media companies. This is why this issue is so deeply serious. It’s global, it reaches billions and the money and profits involved is staggering.

Read more: The fightback against Facebook is getting stronger

Facebook co-founder, Chris Hughes, got it absolutely right when he in his New York Times article pointed out the Federal Trade Commission – the US equivalent to the Australian Competition and Consumer Commission – got it wrong when they allowed Facebook to buy Instagram and WhatsApp.

Hughes wants Facebook broken up and points to the attempts from parts of US civil society moving in this direction. He writes:

This movement of public servants, scholars and activists deserves our support. Mark Zuckerberg cannot fix Facebook, but our government can.

Yesterday, I posted on my Facebook timeline for the first time since the Cambridge Analytica scandal broke. I made the point that after Twitter’s announcement, the ball is now squarely in Facebook’s and Google’s courts.

For research and professional reasons, I cannot delete my Facebook account. But I can pledge to not be an active Facebook user until the company grows up and shoulders its social responsibility as an ethical publisher that enhances our democracies instead of undermining them.