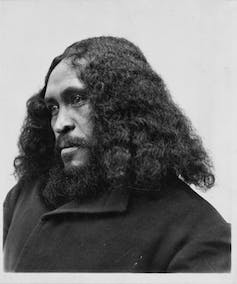 The New Zealand government today officially pardoned Māori leader Rua Kēnana Hepetipa, who was convicted for “moral resistance to arrest” more than a century ago.

Descendents of the Pacifist leader gathered to watch the final reading of the pardon bill which clears Rua Kēnana’s name and acknowledges that his wrongful treatment caused lasting damage to his people.

Rua Kēnana was arrested when armed police invaded Maungapōhatu in 1916. His son and another family member were killed in the illegal raid, and both sides suffered injuries during a gun fight.

The Governor General will travel to Maungapōhatu on Saturday to sign the bill in an historic first.

But while the pardon restores the reputation of Rua Kēnana and his descendants, it does not go far enough. It acknowledges that Rua Kēnana did nothing wrong, but it fails to recognise that the Crown committed a grievous miscarriage of justice.

The power of the law

At the turn of the 20th century, Rua Kēnana was an obscure rural wage labourer. He lived in an area ravaged by war, government confiscations of land, disease and lack of economic development. Against this tide of deprivation, he emerged as a religious leader with a quiet compassion for those suffering, and he set up a community at Maungapōhatu, on land of the Tūhoe tribe.

But his popularity brought him into conflict with the government, which responded with the introduction of the 1907 Tohunga Suppression Act, intended to stop people using traditional Māori healing practices with a spiritual element.

After this first brush with the power of the state, Rua Kēnana took on positions of more conventional responsibility within existing local authorities. He was strongly in favour of one law for all people.

In the early years of his teachings, he was against alcohol. But alcohol was widely available, and his position moved from prohibition to regulation. He thought he could control its impact on his community by gaining a liquor licence. This was a difficult goal as New Zealand was moving towards increased restrictions and the law was clearly discriminatory, giving Māori significantly less liberty than non-Māori.

In 1910, police found unlicensed alcohol in Rua Kēnana’s community and he was prosecuted for five breaches of liquor laws. He was convicted on all five counts and fined on four. And he was ordered to come back for sentencing for the fifth charge, but was never summoned. 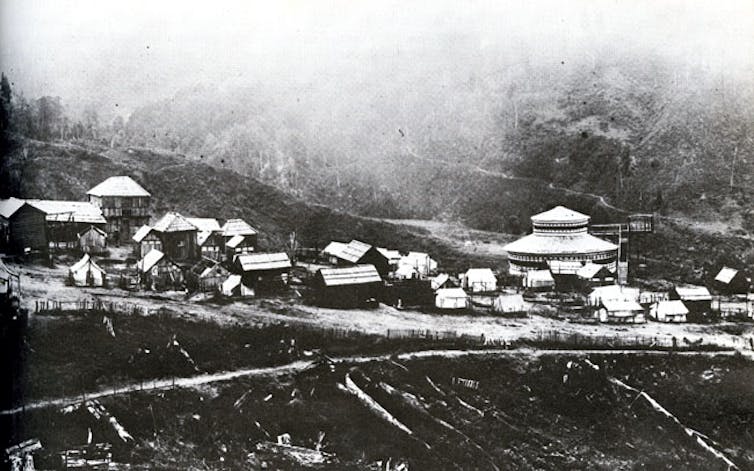 Between 1912 and 1915, New Zealand underwent a fundamental change of direction. This was driven by then prime minister William Massey, attorney general Alexander Herdman and police commissioner John Cullen. The three men, armed with powerful laws and a police force used for partisan purposes, led New Zealand through turbulent times of social unrest and violent clashes with organised labour.

The same men were at the helm when New Zealand joined the first world war.

In May 1915, further evidence emerged that others in Rua Kēnana’s community were again selling alcohol illegally. Five new charges were added. When he was brought to court the second time, the same judge who convicted him in 1910 sentenced him to three months in jail for the fifth charge that had been left hanging in 1910.

Shortly after his release, Rua Kēnana was summoned for sentencing on the new charges for his 1915 convictions. By this time, he had become outspoken on Pacifist ideas and saw no need for Tūhoe people to volunteer for WWI – a stance that sparked a media and public backlash against him.

When the police came to arrest Rua Kēnana for the second tranche of alcohol charges, he refused to go. He indicated he wanted to talk to senior government officials as he believed he was being charged for the same offence twice. He allegedly said he thought the Allies could lose the war – and the serious charge of sedition was added.

The police left, but sent the police commissioner and attorney general - the two men who had been at the forefront of breaking up unions in 1912 and 1913 - to talk to him. Rua Kēnana refused to come out.

The situation escalated the following year. On 2 April 1916, 70 armed police and a media contingent arrived with an arrest warrant. This raid was illegal as it was carried out on the one day (a Sunday) the warrant did not cover. Worse still, the it turned into a violent confrontation and a firefight broke out.

Four police officers were wounded and two Māori killed, including Kēnana’s son Toko and another family member, Te Maipi Te Whiu. They were buried without an inquest.

The Crown tried to blame Rua Kēnana for what had happened, but failed to prove that the wounding of the police officers was unlawful or that he was guilty of sedition or the counselling of others towards murder or bodily harm. The only thing he was found guilty of was “moral resistance” to the second tranche of alcohol charges.

These words of “moral resistance” were a novelty, as the law that covered resistance to arrest was focused primarily on obstruction, or physical resistance.

Rua Kēnana was sentenced to one year’s hard labour, followed by 18 months of “reformative purposes”. The judge considered him and his people to be “still in tutelage” and that Māori should learn from this trial that:

In every corner of the great Empire to which we belong, the King’s law can reach anyone that offends him.

Eight of the 12 jury members were so outraged by the judge’s interpretation of their mention of “moral resistance” they wrote an open letter to the newspapers. They explained they felt Rua Kēnana had been unjustly persecuted. They wanted a proper investigation of the entire operation and, in particular, the deaths of the two Māori.

They explained they only used “moral resistance” because ten of the jury wanted an outright acquittal, and they agreed to these words to satisfy the other two. They had not expected their words would be used to sentence Rua Kēnana. The same group created a petition to parliament, alleging a grave miscarriage of justice and calling for a full investigation into the events.

Rua Kēnana was released after eight months, having struck a deal to speak in favour of the war effort. He went home to an economically and socially depleted community. Undeterred, he continued to work for the betterment of his people.

He welcomed the establishment of a new Presbyterian mission and worked closely with medical authorities during the influenza epidemic in 1918. In 1921, he urged his tribe to part with a quarter of its remaining territory as advance payment for roads to help develop the region economically.