Last year on Australia Day, Prime Minister Scott Morrison used Facebook to describe Australia as a place “made up of so many peoples”. But he also stressed the importance of January 26 as the day Australia “did change forever” and said all Australians “must come together” on this day.

He didn’t mention the calls by many Indigenous people to change the date and change the nation.

Australia Day provides prime ministers with a platform to talk about national identity. Our leaders typically seize the opportunity to communicate their personal understanding of what “Australianness” is. They do so by mobilising the history of the nation, the politics of the moment and the ideology of their party.

In a new research project, we used content analysis to examine all prime ministerial speeches on Australia Day from 1990-2017. This allowed us to quantitatively see how prime ministers represent Australian national identity through language over time.

Our study found that prime ministers have consistently described Australianness as being male, heterosexual, white and having few class divisions. We found this pattern across both time and party. 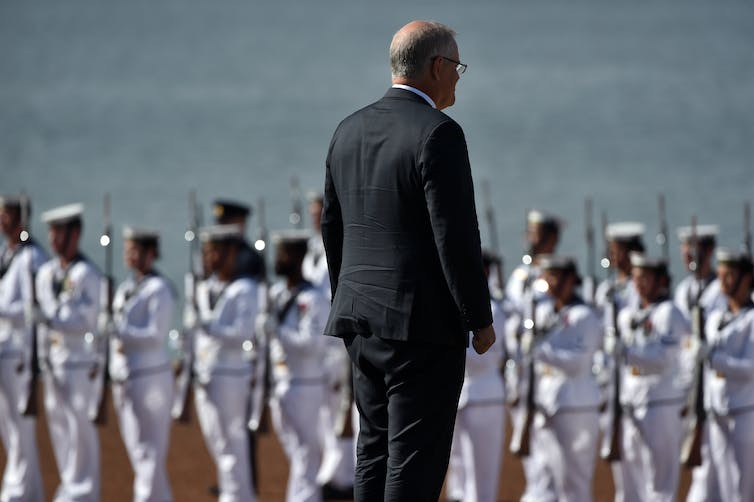 Australia Day has typically been a time for leaders to stress unity and traditional Australian values. Mick Tsikas/AAP

Let’s not talk about class

Australia is a class-divided society. But prime ministers do not acknowledge this fact on Australia Day, regardless of their party.

John Howard is the only prime minister to explicitly mention class on Australia Day. But he did so by claiming that social mobility was attainable for everyone:

We believe very deeply that a person’s worth is determined by their character and by the effort they put into being a good citizen, not according to their social class.

The tendency of leaders to avoid class can be partly explained by Australia’s culture of egalitarianism and the “fair go”.

Read more: Why Australia Day survives, despite revealing a nation's rifts and wounds

But prime ministers also avoid class as it hampers the myth-making of a unified Australian society. This undermines their rhetorical attempts to bring the nation together.

The overall tone of leaders’ speeches on Australia Day consistently refers to a patriarchal and heteronormative view of Australian identity.

For instance, we found male Australia Day award winners are mentioned in prime minister speeches at a rate of 3:2 compared to female recipients.

Howard dedicated large parts or whole Australia Day addresses to the achievements of Australian male cricketers such as Don Bradman (1997), Mark Taylor (1999), and Steve Waugh (2004). But he only managed two sentences when female sprinter Cathy Freeman won Australian of Year in 1998. 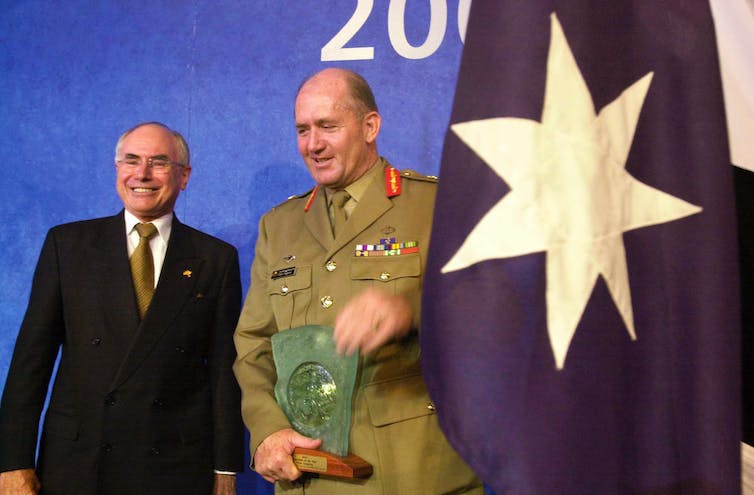 We also found men are consistently portrayed as strong and brave nation builders. In contrast, women are described as passive carers and mothers serving the nation.

In 2011, Julia Gillard described Queensland Premier Anna Bligh as having “steel in her backbone” yet also “occasional tears in her eyes” in her response to devastating floods.

Gillard also emphasised the protective masculinity of the Defence Forces, describing the “brave man […] who waded through chest high water to rescue an elderly lady” in the floods, as well as the diggers in Afghanistan who were “protecting the weak and allowing little girls to learn to read”.

Malcolm Turnbull frequently portrayed the stereotype of women as carers of the nation, such as in 2018:

Here in this country […] we are as new as the little baby in the arms of her migrant mother.

It’s important to note, too, there has only been a single mention of queer identity on Australia Day since 1990. This was when LGBTI+ rights advocate Rodney Croome was nominated for Australian of the Year in 2015.

Tony Abbott described Croome’s nomination in a single sentence, noting he was an:

activist who more than anyone else ended legal sanctions against gay people in this country. 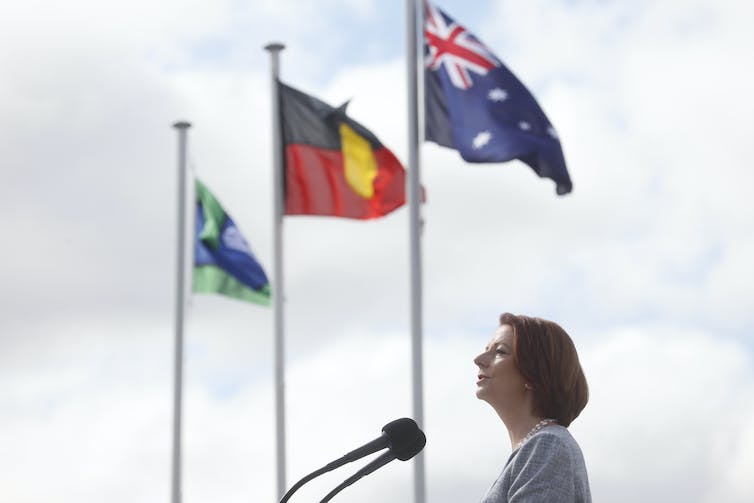 When it comes to Indigenous people, prime ministers have been largely silent in their speeches. They have either minimised the racial violence in Australia’s history and the dispossession many Indigenous people feel – or haven’t mentioned it at all.

Paul Keating famously tried to reconceptualise Australian identity by offering symbolic reconciliation with Indigenous peoples. But he was the exception to the rule.

Read more: First reconciliation, then a republic – starting with changing the date of Australia Day

Prime ministers may well now conduct Acknowledgements of Country. But they have also have legitimised white possession through their descriptions of the importance of the day. In 2014, Tony Abbott said:

We are the grateful inheritors of two rich strands of history: a British heritage and an Aboriginal one […] we have become one people sharing the one land.

While our beginnings were marked with the cruelties and dispossession of empire, they were also accompanied by the idealism of the Enlightenment age. Australia was to be a great project. 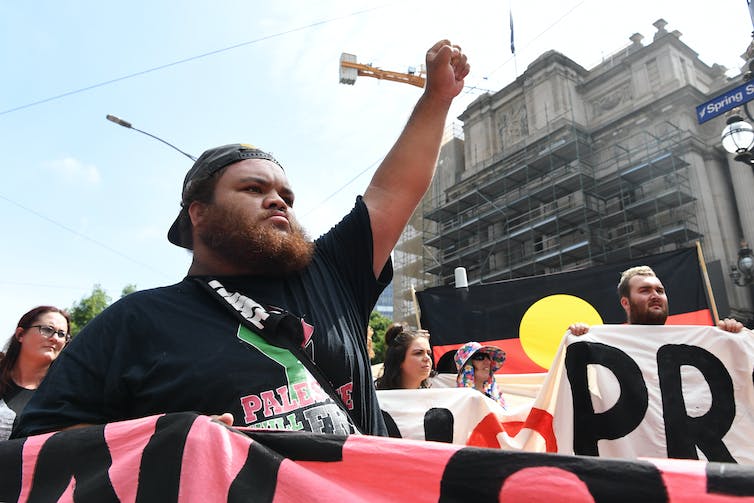 The official date of Australia Day has been hotly contested by Indigenous people and activists, who instead call it Invasion Day. AAP Image/James Ross

Prime ministers do not challenge these rhetorical patterns on Australia Day because nationalism is seen as a non-partisan way to emphasise unity.

Further, those who see themselves reflected in prime ministers’ Australia Day speeches continue to support the day. This, too, draws boundaries around what is safe territory for prime ministers when highlighting national unity around Australianness.

Indigenous people continue to challenge these patterns by reconceptualising the celebration of Australia Day as a day of invasion and continuing dispossession.

But without a radical restructuring of the values, traditions and practices surrounding Australia Day, we can expect to see a continuation of these dominant conceptions of Australianness and the marginalisation of identities and peoples that fall outside these parameters.