The colonisation of Australia was an invasion from an Aboriginal and Torres Strait Islander perspective.

But critics of the name “Invasion Day” object that it emphasises just one side of the story – that from a European perspective the British merely “settled” land they did not think belonged to anyone, and there was no invasion in the strict legal sense. That is, similar to the way Germany invaded Belgium in 1914.

This objection is misplaced. The name “Invasion Day” does not just reflect an Aboriginal and Torres Strait Islander perspective. It also reflects the meaning of “invasion” within a European system of law – international law as it operated in the 18th and 19th centuries.

International law played a central role in colonialism that is sometimes overlooked today.

Debates about our history often focus instead on the domestic law that applied inside Britain and its empire. This law denied the pre-colonial peoples of Australia had either property rights in land (the issue that the High Court of Australia reassessed in 1992 in the Mabo case) or sovereignty (meaning the authority to govern territory).

But international law is a separate legal system. It is concerned with whether one nation has sovereignty in relation to other nations. And that is what matters here because it underpins the meaning of “invasion”.

International law in the colonial period, unlike today, had nothing to say about human rights, self-determination or genocide. It was shaped by and for Europeans, who used it to legitimise colonialism.

In the 1880s, for example, Henry Morton Stanley journeyed up the Congo River in Africa and made more than 200 treaties with chiefs in which they ceded their sovereignty to the king of the Belgians in exchange for trinkets or pieces of cloth.

Read more: Why a separate holiday for Indigenous Australians misses the point

Some international lawyers at the time even divided the world into a hierarchy based on supposed levels of “civilisation”, with Europeans at the top and peoples of Africa and Australia at the bottom.

But even within this system – European, colonialist and sometimes racist – there was pressure to accord a legal status to the supposedly least “civilised” peoples.

Take the African chiefs who signed Stanley’s treaties. The king of the Belgians wanted to be able to exhibit the treaties to rival colonial powers to show he had acquired sovereignty from the chiefs.

To advance his self-interest in this way, however, the king had to accept implicitly that the chiefs had originally had sovereignty themselves. This approach to acquiring colonial territory was common. 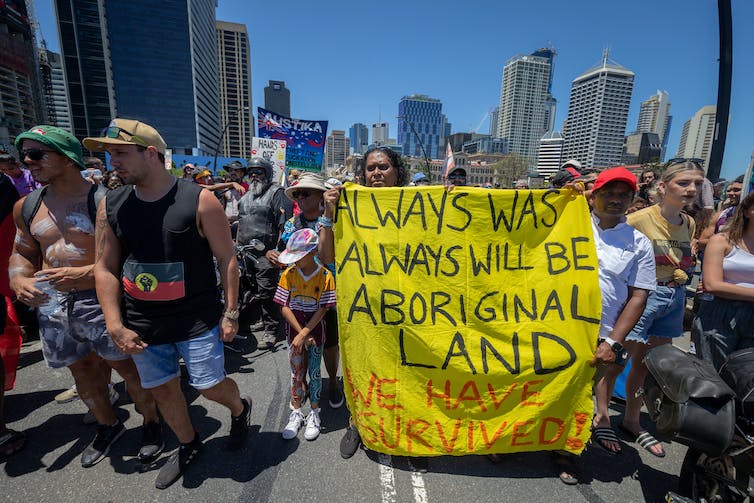 The test for sovereignty

International lawyers of the time disagreed about how to explain evidence that the supposedly least “civilised” peoples had sovereignty. Some denied they really had it. As usual with legal issues that were never litigated, we cannot be completely certain.

But a new analysis of the various explanations (published this month in the Melbourne Journal of International Law) shows, on the most convincing view, these peoples generally did have sovereignty.

Read more: Rough seas ahead: why the government's James Cook infatuation may further divide the nation

The pre-colonial peoples of Australia passed the test for having sovereignty. In fact, they passed it comfortably.

The evidence we have been able to collect from the Australian tribes shows us many of the ideas of International Law clearly developed – territorial sovereignty, the sacredness of messengers and envoys, a normal and recognized intercourse over wide areas […]

So, was Australia invaded in a legal sense?

This allows us to answer the question of whether Australia was invaded in a strict legal sense.

Carlos Calvo, in his dictionary of international law of 1885, gave three overlapping definitions of invasion:

As these definitions suggest, the central meaning of the word “invasion” in international law was the entry by force by one sovereign into the territory of another sovereign.

This happened on January 26 1788, when agents of the British government, including military officers and marines, entered the sovereign territory of the Gadigal people at Sydney Cove.

It happened again and again over the following century, whenever British governmental forces entered the territory of another Aboriginal or Torres Strait Islander people to seize that territory. 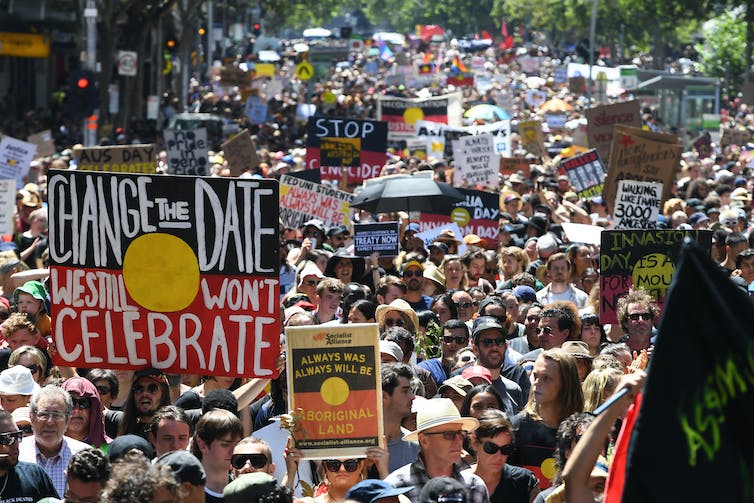 Why ‘Invasion Day’ is a fitting term

International law is, of course, only one point of view.

For advocates of the name “Invasion Day”, it is more important that Australia was invaded from an Aboriginal and Torres Strait Islander perspective. We do not need European law to validate that perspective, especially not law from the 18th and 19th centuries that is tainted by colonialism and racism.

But if Australia was invaded even from the perspective of this system of law, there is little room left for critics to argue.

The name “Invasion Day” cannot be dismissed as one-sided or legally inaccurate. It might even be seen as a neutral description, in that it accords both with the views of colonised peoples and with a system of law accepted by the colonisers at the time.