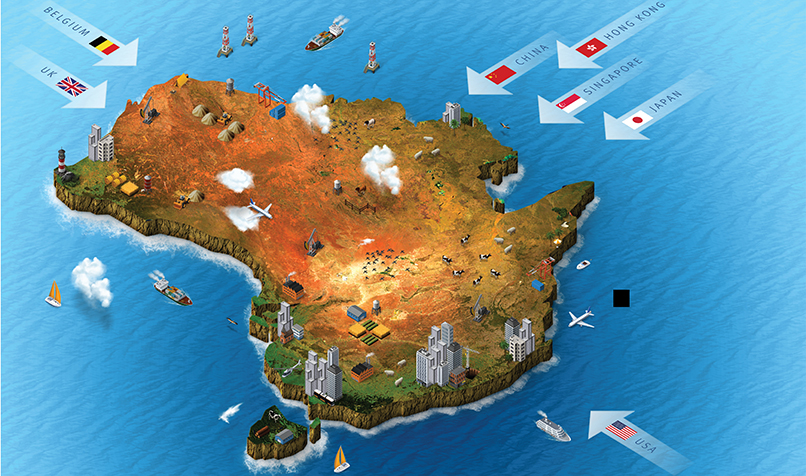 Investments can be a great deal if done in the right place. There are a lot of options available today which act as good opportunities but knowing when and where to invest your funds is key in this matter. Developed nations around the world are investment hotspots due to the flourishing economies and great prospects. Australia has much more to offer than just the sandy beaches and delicious seafood, there are some very crucial factors to grow businesses or go for a high-interest investment in fund in Australia.

Foreign Direct Investment (FDI) has been growing in Australia since the year 2011 with a steady growth rate of 8.5 percent each year. For the year 2019, the overseas investment in the stock market for mining was 35.5 per cent, meanwhile, the exports have also been growing as the trade-in services have gone up by 6.3 per cent each year in the past twenty years.

42 per cent of the total Domestic products in the years 2018 and 2019 were based on export and imports from other countries. It supports the fact that Australia is a trading nation. 7 per cent of Australians have free access to the trade-in international markets due to the 14 free trade agreements made by the government.

People of Australia consist of a highly diverse workforce that is from different cultures and speaks many languages. According to statistics, almost 80 per cent of the population was not born native to the country. Research and development are constantly flourishing in every domain of life due to credible universities in the nation. 7 universities in the nation are among the top 100 all around the world.

The highly efficient and environmentally sustainable agriculture industry in Australia is one of the best in the world. Products of this sector are sent to the high-end food markets of the nation and also sent to other nations. Australian terrain gets all types of seasons around the year. This factor also aids the flourishing agriculture sector. Several technological advancements have also been made in this field.

Events in the year 2020 have shaken many stable economies of the world to their cores. The Australian economy has shown a very different trend. It has proven itself to be highly resilient when compared to the rest of the world. Two years before 2020 were having a negative growth rate in the economy but there was a constant growth rate of 3.2 per cent since the year 1991. Another remarkable fact is that no economic recession period has been seen in the country since it last occurred back in the year 1991.

More than seventy-five per cent of the exports of Australia in the year 2019 were consisting of energy resources. The extent of this is so vast that the country was a rival to Qatar in the export of liquefied natural gas. It is important to note that Qatar is a Gulf state that is considered the world’s largest exporter of liquefied natural gas. Mining of lithium and rare earth metals is on the rise in Australia and heavily in demand around the globe as a major component in electric vehicles and modern gadgets.