Voluntary assisted dying becomes a lawful choice for Victorians from June 19. To be eligible, two doctors must assess a person to have an incurable, advanced and progressive medical condition that will cause death within six months (or 12 months for neurodegenerative conditions).

With Victoria being the first state in Australia to allow voluntary assisted dying, this represents a major shift in end-of-life care. In the 18 months since the law was passed, an Implementation Taskforce has overseen the creation of new resources for the community, clinical guidance and training for health professionals, and policies to help health services decide what care they will provide.

While this preparation is critical, there are some questions we’ll only be able to answer once voluntary assisted dying becomes a clinical reality.

Read more: Voluntary assisted dying will soon be legal in Victoria, and this is what you need to know

Early media coverage is likely to ensure widespread awareness of the new laws, but that will not be universal. Some people will remain unaware of the law, or unaware that they may be eligible for voluntary assisted dying.

This could create access problems as health professionals are legally prohibited from raising voluntary assisted dying with their patients in the first instance.

Added to this, the Victorian law is complex. Once patients are aware of the legislation and want to utilise it, another question is whether terminally ill patients will be able to navigate through the process.

This includes being assessed by two different doctors, making three requests for voluntary assisted dying over time, and appointing a contact person.

Will doctors be willing to provide voluntary assisted dying?

The law depends on two willing doctors prepared to assist a patient. Both must assess the person and one doctor must be willing to provide voluntary assisted dying (typically by prescribing medication, or for patients who can’t take the medication themselves, administering it).

Some doctors may not want to participate because of their personal views, and the law protects this. Others might be deterred by the legislation’s complexity and the significant duties involved, especially for the doctor overseeing the process. This includes applying for a voluntary assisted dying permit from the government, as well as completing a number of forms for the Voluntary Assisted Dying Review Board.

We don’t know how many doctors are going to be willing and able to provide voluntary assisted dying from June 19.

But even if few doctors are willing to provide voluntary assisted dying initially, we anticipate patient requests will encourage other doctors to consider taking on these roles.

Will people be able to find these doctors?

Aside from a few doctors who have stated their position in the media, it’s not widely known who might be willing to offer this service.

Their role includes connecting a person seeking voluntary assisted dying to a doctor who may be willing to assess eligibility. The navigators have been assessing interest from doctors across Victoria and will play a critical role in addressing access issues, particularly in the early days of the legislation.

The government has developed three “pathways” to help health services consider their approach. 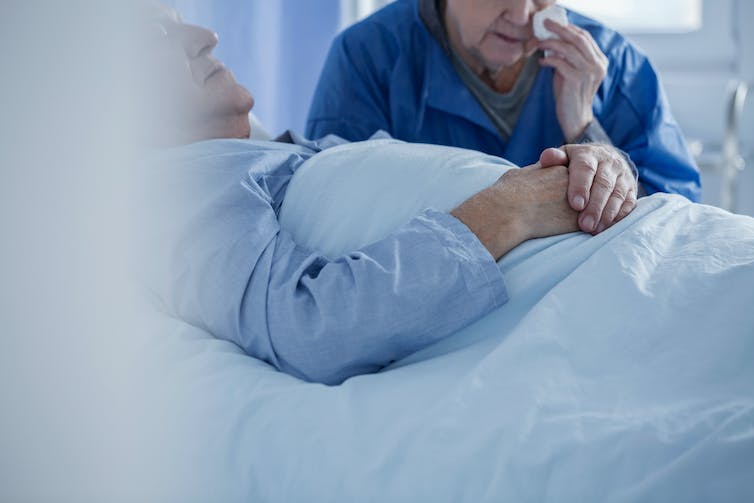 A person who wants to access voluntary assisted dying will need to go through a rigorous process to determine their eligibility. From shutterstock.com

We should anticipate the beginning of the voluntary assisted dying law will raise practical issues like the ones we’ve described in this article. This shouldn’t be a surprise or cause for alarm, but is the case with all major changes to health-care practice.

The extensive implementation work means there are already structures in place to address these issues. Alongside the care navigators, an overseeing body, the Voluntary Assisted Dying Review Board, will also be key. Its initial work will likely involve reviewing early instances of voluntary assisted dying in practice to identify areas for improvement from a systems perspective.

We also suggest collecting real-time “on-the-ground” feedback including from patients, families and health professionals about how the law is working in practice, beyond the more formal oversight by the Review Board.

Implementation is an ongoing process. Review and continuous improvement of the law and how it works in practice should commence the moment the law begins.