Sydney Morning Herald reporter Jacqueline Maley evoked the spectre of the Orwellian surveillance state recently when discussing how library staff had been implicated in the ParentsNext program. Maley reported that private providers contracted to run the program phoned libraries or local pools to check on parents’ attendance.

The program aims to get parents “work-ready” after child-rearing. Single parents receiving the ParentsNext benefit are required to report their attendance at particular activities with their children to providers. Activities are based on an approved list, which includes storytime at a local library, swimming lessons, or a playgroup. Payments can be stopped for “not taking part in set activities”.

As critics have asserted, this kind of heavy-handed monitoring is problematic for many reasons. It is an example of the stigmatisation of single parents and policing of their parenting practices, despite the stated aim of the program being to help parents re-enter the workforce.

The policing of the program raises issues of privacy and devalues unpaid care work. It also shows a lack of any real understanding of the challenges of single parenting and of the additional barriers single mothers encounter (95% of those receiving the benefit are single mothers).

ParentsNext has been the subject of a Senate inquiry. It reported significant flaws in the program.

What is also deeply troubling is the enrolment of community workers and public spaces in the monitoring of parents. The Sydney Morning Herald’s headline, “The government parenting program turning librarians into snitches”, rightly captures this sense of outrage.

The CEO of the Australian Library and Information Association (ALIA) said: “If staff uphold library values of ‘free access’ and refuse to be complicit in the ParentsNext process, single parents can be denied essential payments. If we sign storytime attendance forms, we are supporting a system which penalises families already on the poverty line.”

In a nice twist of surveillance tactics, ALIA promises to report to the minister the names of ParentsNext providers who use storytime attendance – without prior consultation with the parents – to monitor families’ eligibility for welfare payments. While not explicitly challenging the practice of monitoring parents, it at least highlights the need for better consultation with parents. 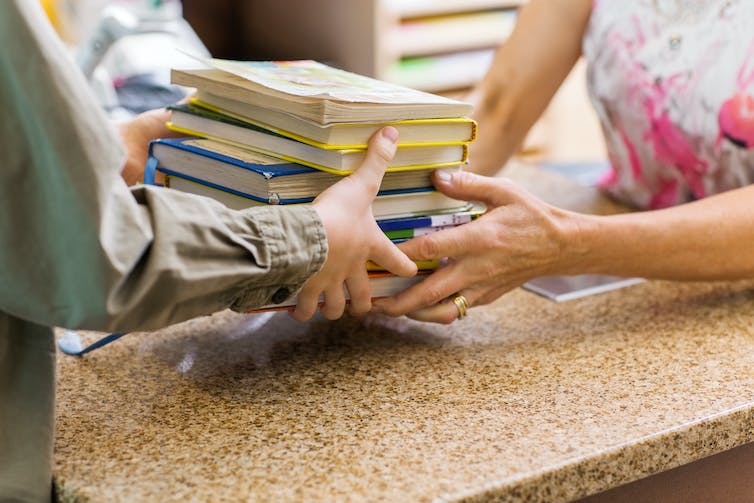 A worrying aspect of ParentsNext is the expectation that staff working in community spaces will help monitor parents’ attendance. Tyler Olson/Shutterstock

Sociologist Eric Klinenberg, in Palaces for the People: how social infrastructure can help fight inequality, polarisation and the decline of civic life, argues that public libraries, schools and other community facilities are critical social infrastructure. They enhance community solidarity and protect against social isolation, particularly for new arrivals, young families and the elderly. They create resilient urban communities.

Ray Oldenburg described such spaces as “third places”: inclusive, egalitarian places outside of work and home, where people can socialise, converse and debate. Examples include churches, cafes, clubs and public libraries. Oldenburg argued that these places are important for civic engagement and democracy.

Community spaces like public libraries or playgroups are also important places of “everyday multiculturalism” where social differences are accommodated and diverse groups of people can interact. They can help shift prejudice and encourage tolerance and inclusion.

Crucially, third places are sites of voluntary attendance. The very fact that people are free to participate in these places makes them such valued sites of social support and leisure. 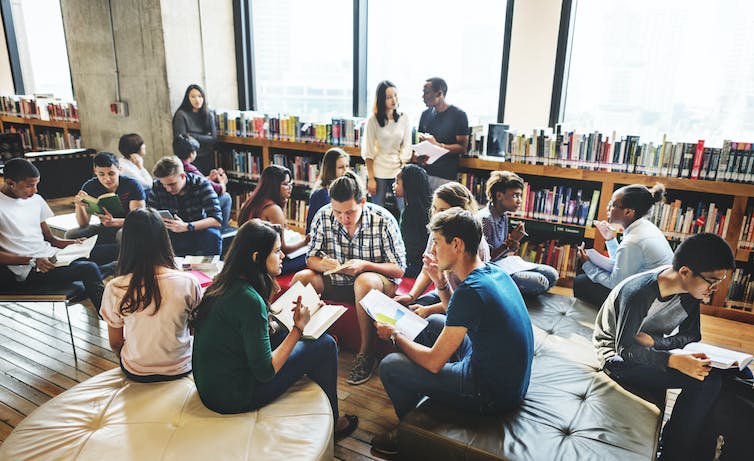 Public libraries are spaces for social connection and support

In her short-story collection, Public Library and Other Stories (2015), Ali Smith argues that public libraries are often treasured spaces to which people feel a strong emotional connection. Libraries are places of discovery where people can “become on their own terms”. Local librarians work hard to create an atmosphere of non-judgment and inclusion.

At the same time, public libraries have always been a site for government agencies to interface with the community. Libraries promote an informed citizenry who can actively participate in democratic life. As with all public institutions, there is a fine line between informing and empowering citizens, and coercing them to conform to ideas about being a “good citizen”.

In this case, the line has been well and truly crossed. Activities that could be empowering and enjoyable become mandated, additional burdens, based on arbitrary criteria that appear to have little to do with work-readiness. Community spaces of social connection and support become sites of surveillance.

It is imperative to ask what this might mean for our city’s third places. Would this kind of monitoring lead vulnerable people to disengage from the very services they need most?

In the context of shrinking public spaces in the city and the withdrawal of social services, such third places are a bastion. We need to continue to advocate for the right of citizens to use these and other community spaces freely and according to their own needs, not those of a surveillance state.