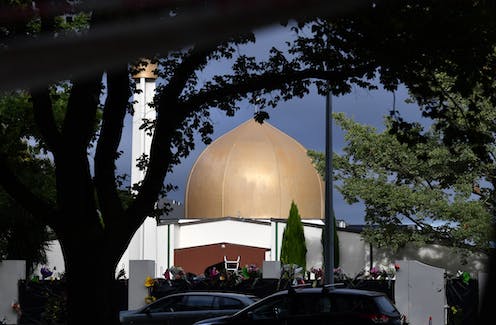 In a survey of 1000 New Zealanders, taken a month after the Christchurch mosque shootings of 15 March 2019, we asked respondents how much they trusted people from different religious groups living in New Zealand.

We posed the question with reference to Catholics, Protestants, Evangelical Christians, Muslims, Hindus, Buddhists, atheists or agnostics, and Jews. We emphasised “living in New Zealand” as we were not interested in identifying New Zealanders’ trust in, for example, worldwide Catholicism or Islam.

We are not aware of any previous consideration of trust in different religious groups within New Zealand.

We used a five-point scale for responses – complete trust, lots of trust, some trust, little trust and no trust at all. We converted ordinal data (e.g. first, second, etc) into cardinal data (one, two, etc) by assuming equal intervals between categories to give a mean trust score.

We found that the most trusted religious group in New Zealand is a small non-Christian group: Buddhists. In the most recent 2013 Census 58,000 Buddhists are recorded, out of about 3.9 million people who replied to the religious question. More people feel positively about Buddhists than not - 35% of New Zealanders have complete or lots of trust in Buddhists, while 15% have little or no trust.

The least trusted religious group in New Zealand is a minority Christian group: Evangelicals (15,000 people in the 2013 Census). Fewer people trust Evangelicals than do not - 21% have complete or lots of trust, while 38% have little or no trust.

In terms of the mean trust score, the difference in trust between the most and least trusted religious groups is of a size that statisticians describe as “medium”.

Between these top and bottom groups lie all other religious groups, meaningfully and statistically indistinguishable from one another.

Protestants make up the largest religious category in New Zealand, including about 900,000 Anglicans, Presbyterians, Methodists and other Protestants in the most recent census. Our survey shows that 29% of New Zealanders have complete or lots of trust in Protestants, while 24% have little or no trust.

There is no evidence in the trust data of local anti-Semitism or Islamophobia in the form of a trust deficit displayed towards Jews or Muslims compared to mainstream Christian denominations. But there is some evidence of moderate disproportional social prejudice towards non-mainstream Evangelical Christians, with nearly four in ten of the population distrusting them.

In- and out-group trust

For smaller religious groups in New Zealand, such as Hindus, Jews, Evangelicals and Muslims, our measure is a very good proxy for “out-group trust” (the level of trust in a particular group among people outside of that group). It is a good proxy because there are relatively few in the minority group and therefore likely also very few in our sample. We did not ask people to identify their religion, as in New Zealand it is considered to be a sensitive question, often in the private domain, and we did not want to suppress response rates.

What we can’t tell from the survey

The survey is intended to provide a representative picture of the New Zealand population aged 18 and over. Quotas were applied at the sampling and selection stage for this online survey. Results were also weighted to be representative of New Zealand by age, gender, ethnicity and region. While the survey is by no means a classical random survey, we believe that the results provide a good picture of relative trust of the population.

Media reporting both before and after the Christchurch shootings clearly indicates that it does.

It is also feasible that the outpouring of public support for the Muslim community following the Christchurch shootings and a national discussion about religious hate have prompted some respondents who might have harboured less trust for Muslims to either change their views or become more reluctant to report those feelings.

We cannot test this group of possibilities, in part because we did not ask the same question in our regular surveys prior to the shootings. At that point, religious trust was not considered salient.