When a performance of Farnace was cancelled at the theatre of Ferrara after the artistic failure of Vivaldi’s opera Siroe re di Persia in December 1738, Vivaldi’s chance to have his favourite opera performed in one of the top theatres in Europe evaporated.

He defended his operatic writing, blaming the harpsichordist for Siroe’s poor reception. It didn’t matter. Farnace was cancelled; and then largely forgotten.

Antonio Lucchini’s libretto explores honour and love in the aftermath of war in Pontus, a kingdom on the threshold of Europe and Asia: a region currently experiencing unrest, bringing this story too close for comfort.

The defeat of Farnace (Christopher Lowrey), King of Pontus, presents impossible dilemmas for him and his family. Farnace asks his wife, Tamiri (Helen Sherman), to kill their son and then herself to save them from the dishonour and torture in the hands of their enemies. 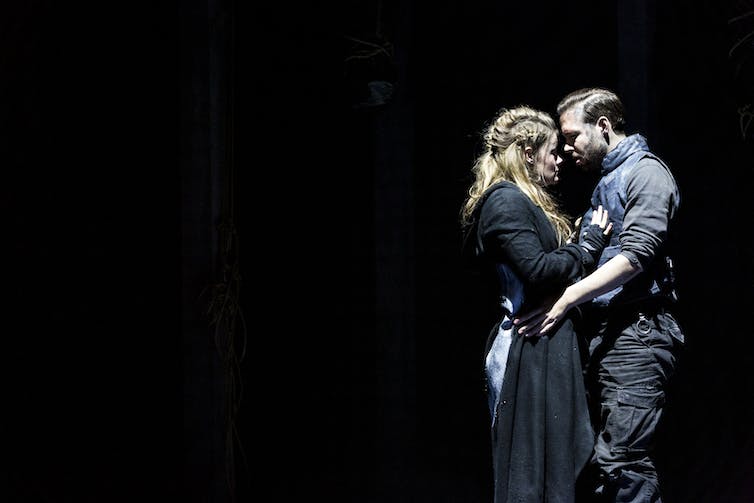 Farnace asks his wife to kill their son, to save them from dishonour. Brett Boardman/Pinchgut Opera

Leading from the harpsichord, Helyard casts his magic spell over the orchestra, continuo players, and singers with depth and nuance. The spirited performance of Orchestra of the Antipodes is marked by brilliance of attack, rhythmic dynamism, and finesse of phrasing.

The audience is overwhelmed by excitement, astonishment and delight.

Vivaldi’s ingenuity lies in virtuosic melodic writing and instrumental colours. Horns, played by Doreé Dixon and Carla Blackwood, bring out the military elements of the narrative. Mikaela Oberg’s flute adorns Tamiri’s outpouring of love and loyalty in “Sol da te, mio dolce amore” (Only in you my sweet love).

Brought into the present and located in a prison vault, danger and death is palpable. Hanging corpses haunt the stage with eerie swaying. Mark Gaal’s direction brings rhythm to the narrative: punctuating slams of the upstage double door, and intensifying movement on stage during the repeat of the first section of the arias. 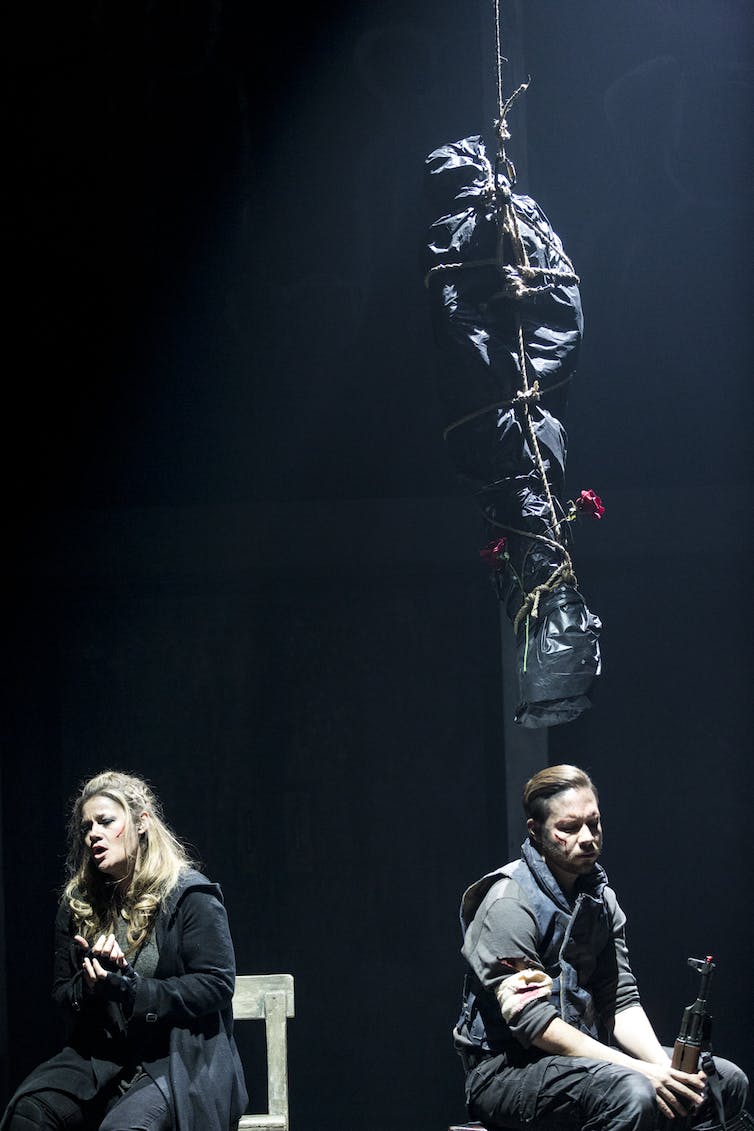 Unusually for opera, three strong women are central to this fable.

Love’s virtue and patience are embodied by Tamiri, sung with feeling by Sherman, although she needs to find a better connection with the character in the intricacies of the Italian prosody. Sherman’s rendition of the flute obbligato aria is a highlight.

Courage and loyalty are represented by Farnace’s sister Selinda, given zest and allure by Taryn Fiebig.

Berenice is destructive in her rage, portrayed with macho histrionics and a steely high register by Jacqueline Dark, who achieves great contrast with unexpected vocal tenderness in Berenice’s surrender and forgiveness at the end of the opera.

Gilade is sung by Max Riebl with an exquisite countertenor tone and agility. Riebl sparkles in the arias, adorned with magnificent cadenzas.

Lowrey brings unprecedented intensity to his performance. His full-bodied countertenor voice is eloquent and heartbreakingly truthful in the plight of the noble king.

The symbiosis of sonic and visual expression of emotion came to a climax in the aria “Gelido in ogni vena” (Frosty in every vein). Lowrey stands in spotlight. Falling snowflakes reference the chilled chords from the Winter movement of the Four Seasons concerto. 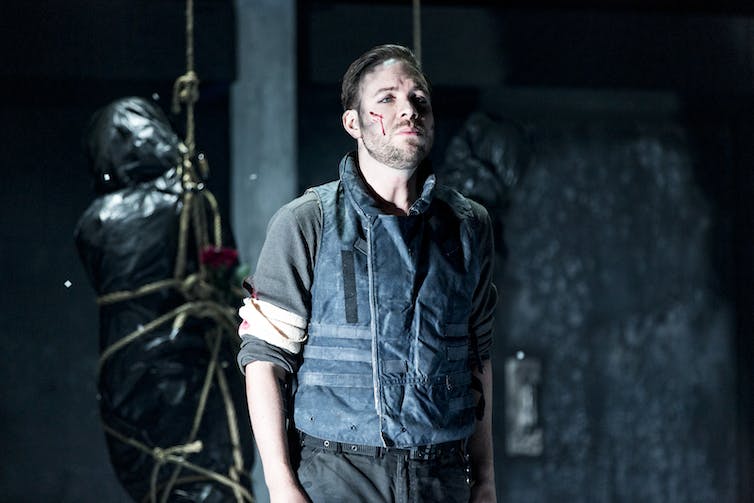 ‘Gelido in ogni vena’ (Frosty in every vein) is a highlight of sonic and visual expression. Brett Boardman/Pinchgut Opera

Lowrey uses vocal colour to achieve dramatic effect, expressing the profound grief of a father who ordered the death of his son. This is one of the most poignant opera scenes I have ever experienced.

Farnace is the best revival production by Pinchgut Opera yet, demonstrating high standards of historically informed practice, vibrancy and subtlety of staging. Vivaldi’s disappointment has been transformed into a triumph almost three centuries later, on the other side of the globe by an ensemble of baroque experts that prides itself on reviving forgotten operatic gems for a modern audience.