Kristina Keneally, Labor’s home affairs spokesperson, is calling for a reset on migration as we emerge from the coronavirus crisis.

She noted in an article over the weekend that migration had been responsible for “over half of Australia’s economic growth” since 2005.

However, she argued that in a post-COVID environment with a sluggish economy, we need to focus instead on skilling up Australian workers to perform the jobs in the health, hospitality and other industries that have been the focus of skilled migration in recent times.

Read more: Is slowing Australia's population growth really the best way out of this crisis?

Many economists disagree with Keneally’s connection between migration and the availability of local jobs. They point out that migrant workers contribute to overall economic growth, leading to a net increase in new jobs available for local workers.

There is also a risk that, despite her best intentions, Keneally’s rhetoric of “Australians first” will feed nationalist, anti-immigration sentiments that have no relationship to the economy and job opportunities.

A review of our migration intake is overdue

Keneally is right to call for a review of “the shape and size” of our migration intake, although not in the way she was suggesting.

At the top of this review should be a consideration of the balance between the two major streams of our migration program – skilled migrants and family migrants.

Current immigration policy favours skilled over family migrants, significantly underestimating the importance of family for the well-being and potentially the productivity of new migrants, as well as Australia’s long-term national interests.

There was a substantial shift in the balance between these streams from the mid-1990s to the mid-2000s.

Read more: Why Canada's immigration system has been a success, and what Australia can learn from it

In 1995-96, permanent migration was comprised of 58% family, 25% skilled and 17% humanitarian migrants. A decade later, the overall migrant make-up had changed dramatically: 62% skilled, 29% family and 9% humanitarian.

If all temporary migrants with work rights had a job, they would constitute over 10% of the Australian workforce.

Immigration is about relationships

Preferencing skilled migrants over family migrants is the inverse of the US, where most migrants come via family connections. Unlike Australia, this also includes the potential for migrants to sponsor siblings.

What is sometimes lost in Australia, with a single-minded focus on migration to boost the economy, is that immigration is not only about economic growth. It is also about relationships.

Permanent migrants are future citizens. Migration builds community, and the ability of migrants to sponsor their broader family will deepen their connections and commitment to Australia.

The family migration program enables Australians to sponsor parents and children living overseas, partners, and in some cases their remaining relatives.

Read more: New research shows immigration has only a minor effect on wages

One of the effects of our focus on skilled migration has been the increase of new migrants with no extended family in Australia.

Although skilled worker visas allow for partners and children to accompany them, there is no provision for extended family. This makes these migrants potentially more vulnerable and isolated, less committed to Australia and, some have suggested, less productive as workers.

If they were allowed to enter Australia, these extended family members could offer emotional support and practical assistance to their loved ones working here, such as child care.

Most temporary migrant workers, meanwhile, have no entitlement to be accompanied by any family at all. Only some international students can have family accompany them as a support person while they study. 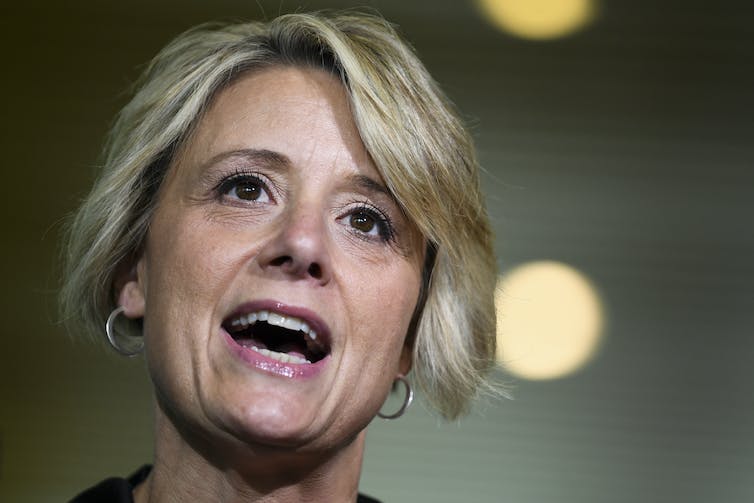 The difficulty skilled migrants have sponsoring their parents to migrate to Australia provides a dramatic example of just how restrictive current family migration options are.

In 2018-19, just 1,218 non-contributory parent visas were granted out of tens of thousands of applicants. The waiting period is at least 30 years, longer than many of these parents have left to live.

family migration visas are in high demand. It might take many years for this visa to be granted.

The waiting time for partner visas for all Australian citizens and permanent residents has also grown as the number of allocated placements has been cut. The home affairs website currently says 90% of applicants will be processed in 21 months.

Migration numbers are destined to drop dramatically as a result of the COVID-19 pandemic in 2020-21. When the economy and our borders open up, there is an opportunity to reflect on what is the best balance of skilled and family migration.

Attracting the most accomplished skilled migrants will undoubtedly continue to be a driver of migration policy.

However, in choosing numbers in the skilled and family streams, it is also vital the government factor in the role of extended family for the well-being and productivity of migrant workers, as well as the importance of family for community cohesion and a migrant’s sense of connection and commitment to Australia.