This article is a preview from Flora, Fauna, Fire, a multimedia project launching on Monday July 13. The project tracks the recovery of Australia’s native plants and animals after last summer’s bushfire tragedy. Sign up to The Conversation’s newsletter for updates.

Hidden in the Stirling Range national park in Western Australia – an area so diverse, so ecologically important, I’ve described it as a “coral reef out of water” – are Australia’s spectacular mountain bells.

When Western botanists encountered these predominantly bird-pollinated plants, they found them so intriguing and so unlike anything they knew (Britain has no bird pollination), they named them Darwinia after Charles Darwin’s grandfather, Erasmus Darwin.

These breathtaking native Australian flowers are now at grave risk from recent fires, with many species listed on the government’s provisional list of plants requiring urgent management intervention. The Stirling Ranges were ravaged by this summer’s fires, and three-quarters of this WA national park now experience fire cycles twice as frequent as species recovery rates.

If it sounds grim, that’s because it is. There’s hope yet for the mountain bell, though, thanks largely to the efforts of concerned community members. 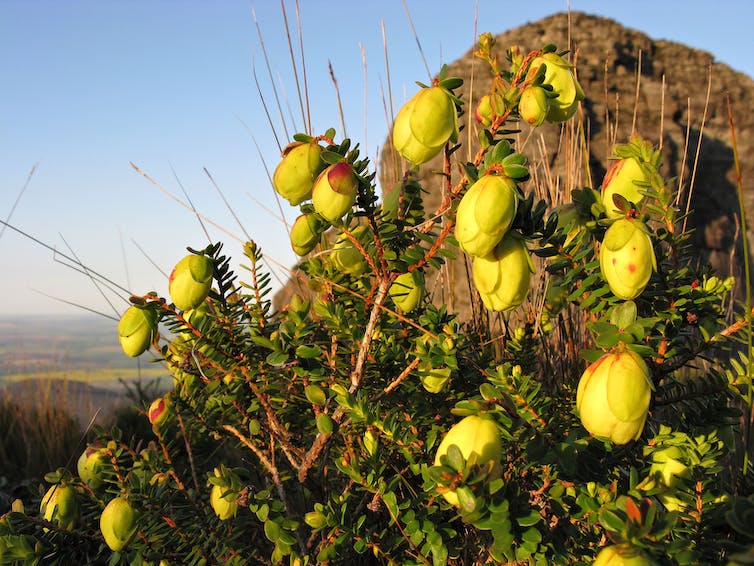 Why are mountain bells so special?

With an astonishing range of colours, the Stirling Range mountain bells are the glamour plants in WA’s floral bouquet.

Standing up to 60cm tall, these glorious shrubs are a gardener’s dream. They have neat foliage and pendulous, bell-like flowers in colours ranging from yellow, to greens, to striking reds and multicoloured variegated blooms.

Darwinia has just 70 species – a modest number compared with some plant genera in Australia.

They occur in southeastern and southwestern Australia. Darwinia split from their ancestral lineage 16 million years ago with the southwest, including the Stirling Ranges – a cradle of the genus. The chance dispersal of seed to southeastern Australia meant the two nodes of diversity were separated by the Nullarbor and central desert, and evolved in splendid isolation. How these heavy-seeded plants managed such an epic journey across the Australian deserts remains a mystery.

Read more: The phoenix factor: what home gardeners can learn from nature's rebirth after fire

In what was a blink of evolutionary time, mountain bells capitalised on birds as a better system for pollination than offered by insects, and new species appeared across the peaks of the Stirlings.

Today, there are ten species of mountain bells. All but one are only found in the Stirling Ranges, often on single peaks or in highly restricted locations. And many feature on the provisional list of plants requiring urgent management.

Virtually each peak could have its very own mountain bell. I recall my first encounter with the mountain bells years ago. I’d spotted the delicate cherry-coloured blooms of Wittwer’s bell nestled in a small wooded hollow, midway along the main drive through the Stirlings. I eagerly sought out other mountain bell species and, soon enough, realised I had an untreatable case of “bell fever”. 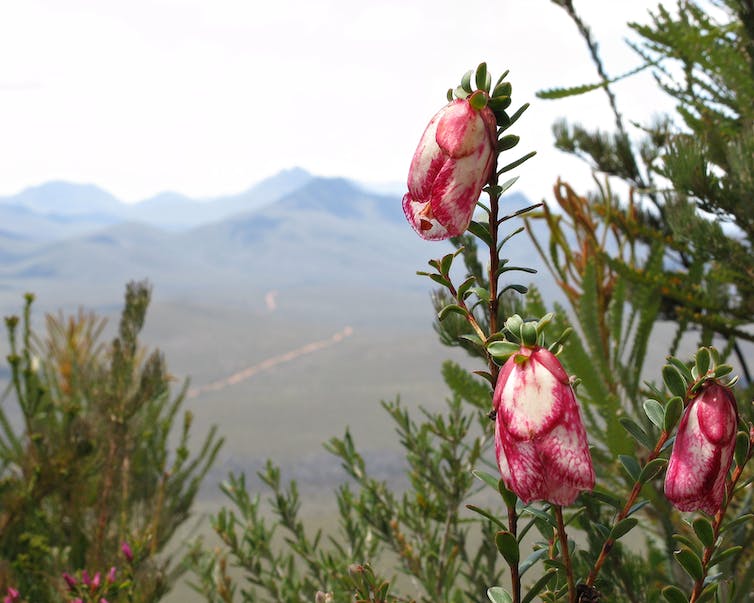 A biodiversity hotspot at a crossroads

The discovery of dieback disease (Phytophthora cinnamomi) in 1974, as well as fires both prescribed and natural, have taken a heavy toll on the plants and animals in the park.

Last summer’s cataclysmic fires scorched half of the Stirling Ranges national park, and the danger the mountain bells now face is emblematic of the broader problem of biodiversity loss.

Many plants and animal species here may never recover. Yes, many Australian plants evolved to cope with bushfire - but not with how frequently these fires are reoccurring.

The Stirling Ranges national park is like no other, with an astonishing 1,500 plant species, eclipsing the flora of the British Isles.

Contemporary fire is now one of the single greatest threats to what remains of this extraordinary ecosystem.

The mountain bells need more than 15 years or more to rebuild their soil seed bank, as these plants are killed by even the mildest of fire.

We knew this was coming. Dire predictions by conservation scientists as early as 2015 warned the Stirling Ranges faced a biodiversity meltdown, and that mountain bells were particularly at risk of extinction.

Though the fires have retreated, the once thriving populations of mountain bells are reduced to blackened stems. It is indescribably sad to see.

For some species, the 2020 bushfires came hot on the heels of an out-of-control prescribed burn in 2018, and few species can survive such short interval fire. Scientists are surveying the damage, to see if parts of the soil seed bank survived to grow the next generation of mountain bells. But it may be too late for some species. Time will tell. 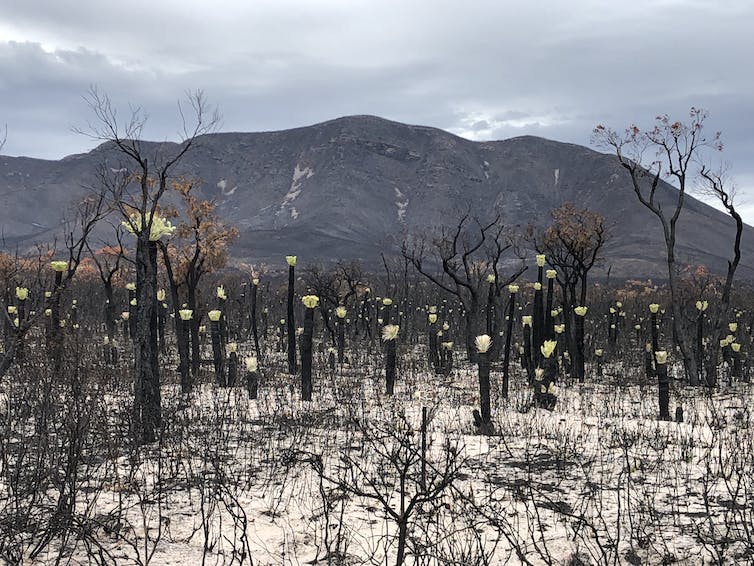 A key part of saving our mountain bells is, I believe, intimately linked to the community of wildflower enthusiasts. These passionate, committed community members stand ready to help save the last bells. 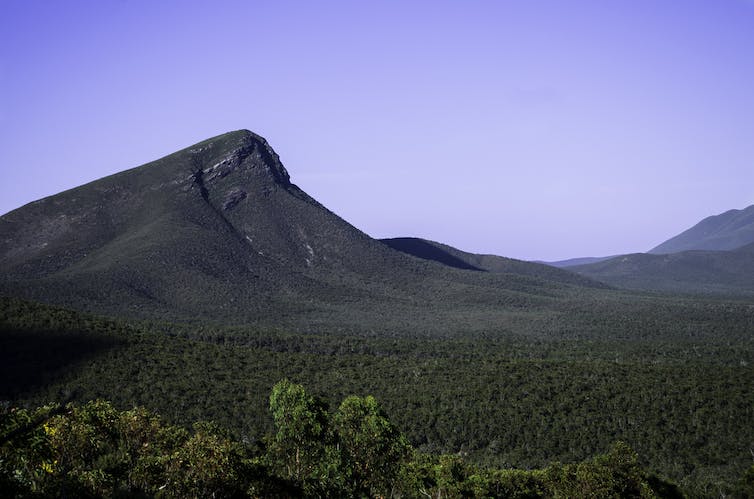 The way we’ve done conservation in the past needs a reboot. For the mountain bells and many other threatened species to have a future, we need to embrace a new way of engaging with community volunteers and particularly our traditional owners.

Everyone I have spoken to is ready to roll up their sleeves and help our plants, and animals struggling to come out of the fires. Such an approach will need trust, training and support - but it may be our only hope.