In May this year, we were convening a dream conference: 140 like-minded academics on a Greek island for three-and-a-half days to work on a topic we cared about – organising sustainably.

We recognised the contradiction of travelling to Crete to discuss sustainable organising. But it was a long tradition of the Organization Studies Summer Workshop — an annual workshop of organisation scholars — to be there. This year’s workshop focused on how businesses and other organisations could be reconfigured to operate in more ecologically-friendly and socially just ways.

So, we tried instead to make the conference itself sustainable by using a sustainable venue, serving only vegetarian meals, avoiding plastics and air conditioning, and encouraging carbon offsetting. 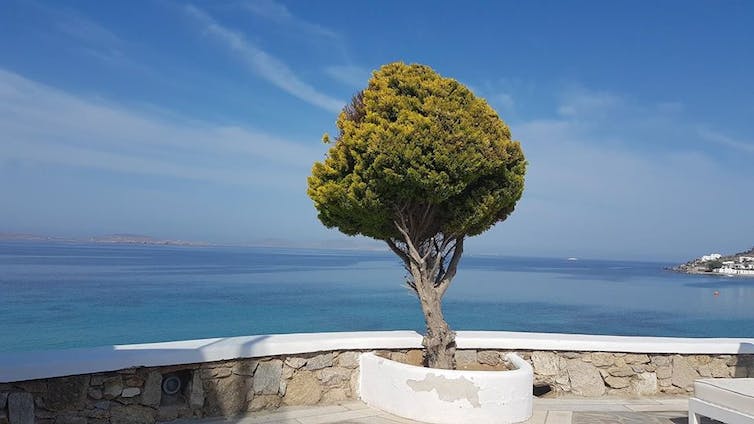 Then the universe threw us a curveball in the form of COVID-19, which made us rethink sustainable organising. Despite a complete lack of experience, and no funding, we decided to move online. More than 100 participants, across 14 time zones, decided to experiment with us.

We grappled with a few decisions. How to deal with time zones? How to deal with tech issues? How to ensure the conference was not only intellectually fulfilling, but also contributed to the social interactions that deepened discussions, fostered collaborations, and that had always made the summer workshop so special?

And how to organise this in only a few weeks?

So here’s what we did.

We decided to shrink the conference into two-and-a-half days, spreading most sessions across the hours that worked for most participants’ time zones. But we also ensured there were at least some sessions for those outside the main time corridor.

We asked authors to post a 10-15 minute video of their presentation on YouTube a week before the conference, which people could watch in their own time.

Then we hosted 50-minute Zoom sessions of around 18-25 participants. Each presented comments on three papers (four to five minutes per paper, without using slides to avoid tech issues). The papers’ authors briefly responded, which led to an open discussion in the group.

In the first few sessions, session chairs often had to prompt discussions. But the interactions became quite lively. 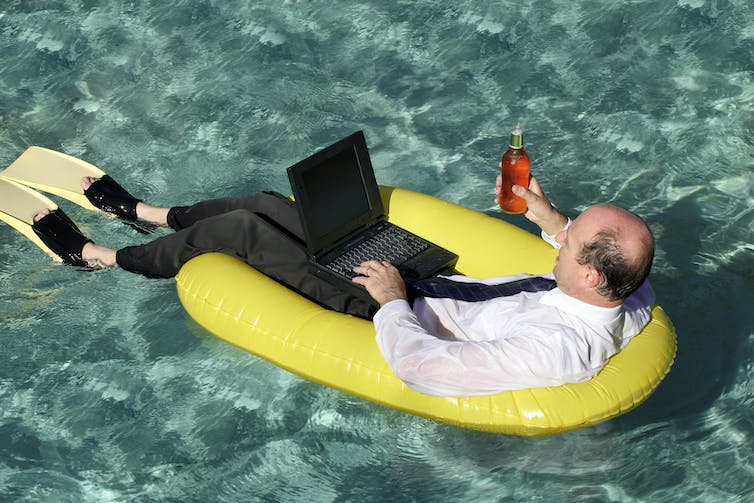 It’s not a Greek island, but there are many benefits to virtual conferencing. Shutterstock

We left the rooms open after the 50 minutes and the informal conversations that make workshops so rich often continued.

We also included two keynote sessions. One was a plenary session for all (100+) conference participants, which included breakout discussions. And there were three social sessions, in which participants were randomly assigned to breakout rooms so they could enjoy conversations in small groups (two to five people), or join larger group conversations.

While we missed the post-work drinks by the pool in Greece, we were pleasantly surprised to find the virtual conference had a number of benefits.

No travel not only reduced environmental impacts, but also the work-life impact, enabling some people to participate who otherwise may not have been able to, because of the time required.

Some participants told us that, for budgetary or family reasons, they were only able to attend the conference because it was virtual.

While conference fees will be needed in the future to offset organisational costs, virtual conferences will still be far less expensive than face-to-face, enabling broader participation.

The random assignment of people to breakout rooms for social hours ensured conversations among people who may not otherwise have interacted. It increased camaraderie during the virtual conference, leading to stimulating discussions.

The chat function during talks allowed participants to share resources and insights sparked by the talks immediately, which then could trigger additional insights among others. For example, the idea to start a Utopia Platform to share blogs, teaching and research resources was hatched on the chat during a keynote. We have since launched this platform.

The feedback from participants was extremely positive, though expectations were probably low.

We imagine a greater variety of conferencing formats going forward, including more regular but shorter virtual meetings, alternate years of physical meetings and mixed models with some virtual sessions and some remote participants.

Our COVID-19 induced experience showed us virtual conferencing is both practical and desirable as a means of organising sustainably and ensuring more democratic participation.