It’s often said the true measure of any society is how well it treats its most vulnerable members. By this measure, Australia is falling woefully short. The Royal Commission into Aged Care Quality and Safety recently highlighted shocking instances of abuse and neglect involving our most vulnerable older citizens.

The aged care sector represents a multibillion-dollar industry, predominantly publicly funded. But during the proceedings of the royal commission, it’s been characterised as a sector receiving significant underinvestment and delivering substandard care.

It has failed to keep up with community expectations and the changing needs of our older population.

Our new research, published today, suggests most Australians believe more public money should be devoted to providing higher-quality aged care – and many would even be willing to pay higher taxes to this end.

Read more: So you're thinking of going into a nursing home? Here's what you'll have to pay for

The Caring Futures Institute at Flinders University recently conducted a first-of-its-kind survey — both in Australia and internationally — to assess the views of the general public on the quality of aged care and the future funding of the sector.

We surveyed more than 10,000 Australian adults not currently receiving aged care services, aged between 18 and 91, with representation from every state and territory. 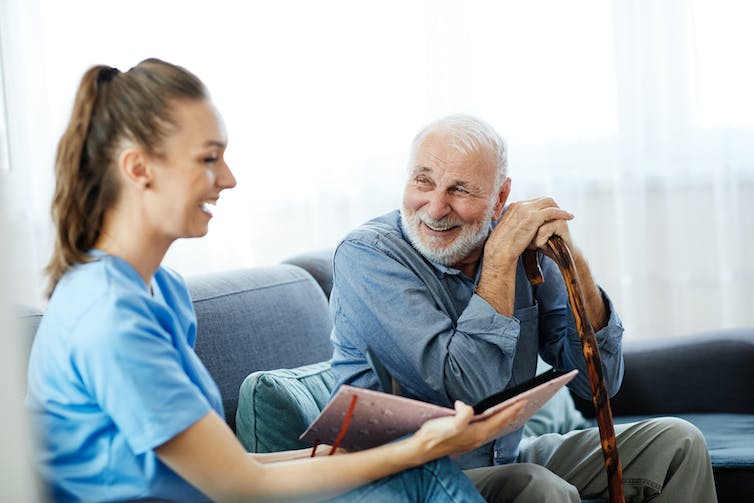 Many people prefer to receive aged care at home rather than to move into a residential facility. Shutterstock

There was strong recognition among the general public of the central role government funding plays in the financing of a quality aged care system. Almost 90% of our survey respondents indicated the government should provide more funding to support the delivery of quality aged care.

Some 61% of current taxpaying respondents were willing to pay an additional 1.4% per year in income tax so all Australians had access to a satisfactory level of quality aged care. Further, 55% of current taxpayers would be willing to pay an extra 1.7% in tax — equating to 3.1% additional income tax in total — to ensure equal access to a high level of quality aged care.

An overwhelming majority of respondents indicated they would prefer to remain living at home rather than enter a residential care facility if their health had deteriorated to the extent that they required an intensive level of care and support. 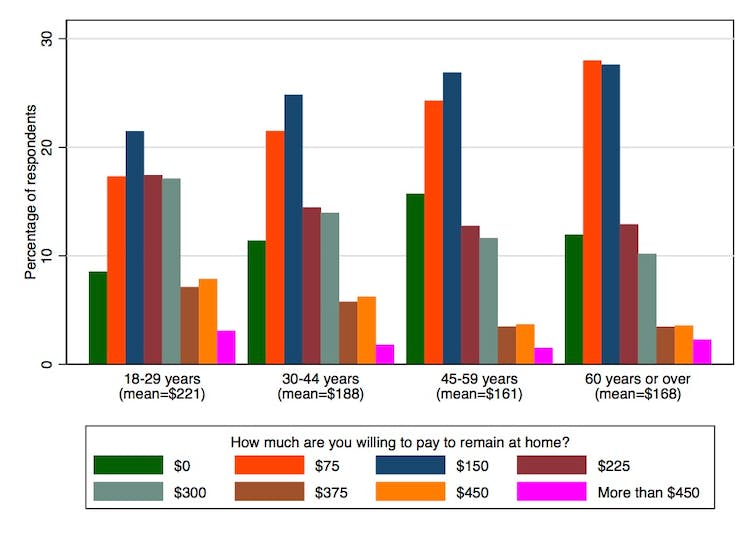 What is quality in aged care?

There was a high level of agreement among our survey respondents about what constitutes quality in aged care. Characteristics consistently rated as highly important included:

In 2017-18 almost a million Australians accessed home care services and more than 200,000 people were permanently living in residential aged care. These estimates are expected to increase rapidly in the coming decades due to growth in Australia’s ageing population.

There is an urgent need for different care models to accommodate the overwhelming preference of the vast majority of Australians to remain living and cared for at home as they age.

There is an urgent need for new investment in aged care infrastructure to deliver a uniformly skilled and trained workforce to accommodate the needs, expectations and preferences of increasing numbers of older people in our society.

And finally, there’s an urgent need for stronger integration between the aged care sector and the health system to ensure all older Australians can access the care and services they need to maximise their quality of life.

Read more: Confused about aged care in the home? These 10 charts explain how it works

Our survey responses highlight that the general public recognise the fundamental importance of additional investment in the sector, including to ensure all aged care staff have the skills and training needed to provide the highest standards of care.

The findings provide an important and timely societal perspective with which to inform aged care policy and practice in Australia and in other countries which share similar values, aspirations and circumstances.