In his acceptance speech at the weekend, US President-Elect Joe Biden signalled a return to science as a key policy shift for the United States.

“Americans have called on us to […] marshal the forces of science and the forces of hope in the great battles of our time,” he said, assuring the public the Biden-Harris COVID plan “will be built on the bedrock of science”.

His message, on its surface, is a response to the Trump administration’s disdain for scientific advice, most notably in the COVID response and withdrawal from the Paris climate agreement.

But Biden’s remarks are deeper and more interesting than a simple spruik for science-led policy.

A track record of ignoring evidence

Is Trump’s administration anti-scientific? Yes and no.

According to a report compiled by the journal Science, the Trump White House has indeed pursued an agenda of suppressing science by slashing funding. But this agenda has been largely unsuccessful.

During Trump’s term, funding for the National Institutes for Health rose by 39% and the budget for the National Science Foundation rose by 17%. This is explained, at least in part, by Congress resisting the White House’s efforts to defund science.

Setting aside direct attacks on funding, the Trump administration has also positioned itself as anti-science in other, more visible ways.

It has a track record of ignoring scientific advice on issues ranging from the deadliness of COVID, to the impact of human activity on the climate, to the bizarre “Sharpiegate” episode in which Trump apparently used a marker pen to alter the forecast track of Hurricane Dorian. 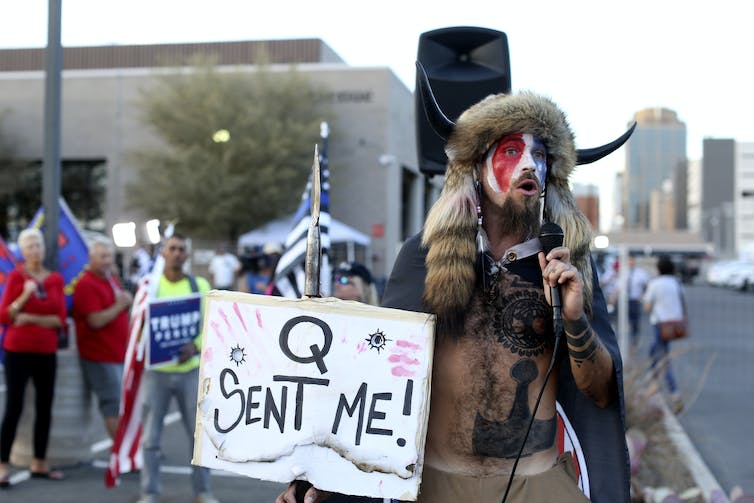 The rightwing QAnon conspiracy is part of a wider trend of disdain for facts and evidence. Dario Lopez-MIlls/AP

Cherry picking to suit an agenda

Yet it would be wrong to paint Trump as unequivocally anti-science.

He poured money into quantum computing and artificial intelligence, and invested heavily in space exploration, promising a return to the Moon this decade. And, at the risk of stretching this argument beyond breaking point, he called on civil engineering to deliver his Mexican border wall.

Trump also used science to win an election. Let’s not forget the pivotal role of Cambridge Analytica in his victory over Hillary Clinton in 2016. A mixture of data science and empirical psychology delivered voters to Trump in the millions.

While it is difficult to know exactly what methods Cambridge Analytica used, it is possible that a method known as psychographic targeting was part of their approach. This involves analysing users’ behaviour on social media sites such as Facebook — for example, by tracking the content that individuals “like” — as a basis for delivering targeted advertising that fits a person’s personality.

It is perhaps no accident, then, that quantum computing and artificial intelligence got the thumbs-up. In the world of voter manipulation, it is hard to think of a scientific investment that would yield a better return.

Painting Trump’s administration as entirely anti-intellectual overlooks one of the key factors that delivered him electoral success in the first place. His 2016 victory was in one sense a scientific achievement, delivered by technological algorithms designed to exploit publicly available data with unprecedented effectiveness.

Such a result is absolutely repeatable. As long as methods such as psychographic targeting go unregulated in the political sphere, future candidates could leverage data science in much the way Trump did to win the White House.

Read more: Humans are hardwired to dismiss facts that don't fit their worldview

Science in the public interest

Biden’s approach is not just a pivot back to respecting expertise, but also a pledge to embrace science in the public interest. The Biden-Harris COVID plan, for example, will be founded on expert advice but will also, as Biden explained, “be constructed out of compassion, empathy and concern”. 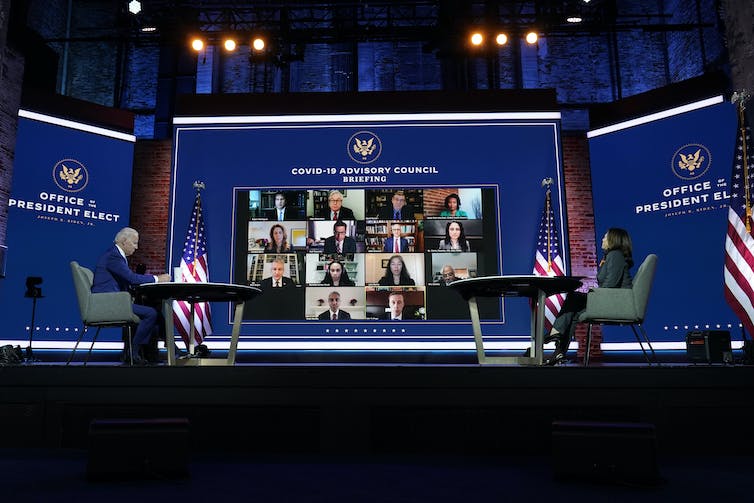 Hopefully this heralds an end to the use of science to achieve narrow and selfish political ends, and a return to the appropriation of science for the common good.

While I applaud the kind of science Biden wants to embrace, I daresay he faces a difficult choice. If he refuses to use science to further any partisan political ends, his party runs the risk of getting rolled in the next election by a demagogue who does not suffer the same burden of decency.

Perhaps he can get ahead of this by asking us all to have a serious conversation, on a global scale, about the use of science in winning elections.

At the very least, we should reject the narrative that the Trump administration repudiates science in its entirety. That only makes it harder to see the danger the improper use of science poses to democracy.

We are, it is often said, living in a post-truth world. The Trump administration’s denial of evidence, and its capacity to lie about everything from coronavirus cures to election results, provide several classic examples. After four years of “alternative facts”, Biden’s vocal support for scientific expertise was a breath of fresh air.

But, perhaps unintentionally, Biden has also revealed a dangerous faultline of democracy. By positioning his administration as one that uses science only for the common good, he is tacitly acknowledging democracy’s vulnerability to science and technology.

Biden’s words remind us that technological advances threaten to propel us into a world where political differences become irreconcilable, and respect for democratic norms is not guaranteed.