People in China under the age of 18 will only be allowed to play video games between 8pm and 9pm on Fridays, weekends and on public holidays, under new rules introduced this week. China’s state media service says the rules aim to curb gaming addiction.

China has a history of making dramatic moves aimed at cutting down children’s gaming time, which have included a cyber curfew set in 2019 restricting game play at night, to forcing players to make their real names and identification numbers visible when playing. Some parents have sent kids to military-style anti-gaming camps.

However, the way the World Health Organization defines addictive gaming disorder is different. It’s not about time, it’s more about the attitude and intensity a person brings to the gaming. Addiction means being obsessed to the point where other things in life are falling down due to the gaming.

Read more: Gaming has benefits and perils – parents can help kids by playing with them

My research, which has involved speaking to many children about their gaming, suggests most kids are drawn to gaming chiefly because it is a way to hang out with friends. And even when strict rules are introduced, many kids will try very hard to find a way around them.

How to recognise gaming addiction

True gaming addiction is like gambling addiction; it goes beyond a fun past time to a no-holds barred intense approach.

People might stop showering, they may lose friends, they may find themselves thinking about it day and night, watching as their grades go down.

The WHO says to be diagnosed with gaming addiction, a person needs to demonstrate all three of these symptoms for at least 12 months:

There is a big difference between being an enthusiastic gamer and being addicted to gaming. So as long as these things aren’t happening, spending time gaming isn’t found to be harmful in the long run. In fact, some studies are showing the benefits of gaming on children’s well-being.

True gaming addiction affects only a small number of people. The American Psychiatric Association estimates that around 0.3 to 1% of the population will be diagnosed with this condition. 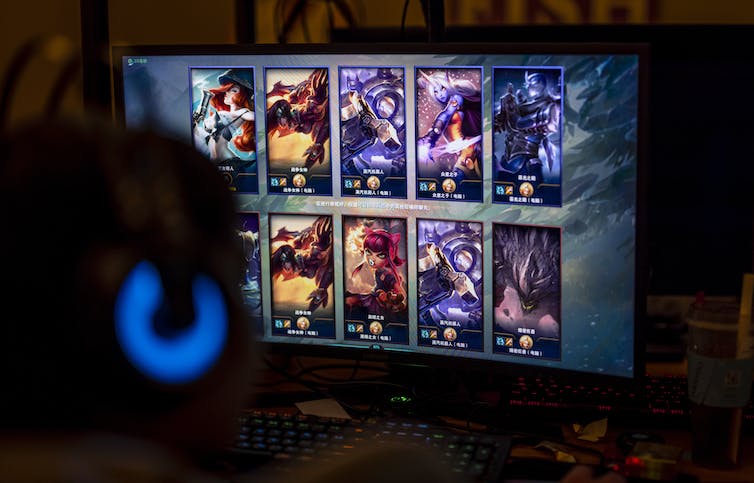 There is a big difference between being an enthusiastic gamer and being addicted to gaming. ALEX PLAVEVSKI/EPA

Three hours a week is not much

When I heard about these new rules, I thought: to an average 15 year old boy, three hours a week is not a lot. Many would clock that up in an average day. So for many kids in China, this will feel like a big change.

If players all game at the same time, there will be a lot of pressure on the servers and a lot of lag time. Many games will not function properly, which will be very frustrating for players. In response, the gaming industry may develop games that can be completed in a shorter amount of time.

Gaming could also shift to other kinds of platforms that are not official video game platforms, such as unlicensed games accessible on foreign platforms such as Steam, or gaming on virtual private networks (VPNs).

China’s ruling may reduce video game play at first. However, one thing we know for sure is that the online world always adapts.

What about parents who say ‘I wish we had China’s video game rules’?

A lot of parents really struggle to get their kids off the games, especially in lockdown. It still tends to be boys (usually between about the ages of 10 and 18) who game a lot, although girls are getting there.

I can understand parents who have heard about China’s new rules and thought it sounded pretty good. Having the government take the reins would appeal to some parents.

But I would urge parents worried about their children’s gaming to really sit down and ask their child why they are drawn to gaming so much. Not in a judgemental “Why are you always on there? Why can’t you give it a break?” way, but in the spirit of true curiosity.

When I talk to children for my research, the number one thing they say about why they game so much is that they like hanging out with friends.

It is a sense of community. It’s like going to the park or hanging out at a mall, but it occurs in an online space. Some kids talk about how they don’t even really play the game, they are just hanging out with friends on that platform.

Yes, the games are designed to be competitive and there is an adrenaline rush and lots of action, which of course they are attracted to as well. But for many kids, it’s chiefly about the social aspect.

Understanding why your kid is drawn to gaming may help you contextualise your own concerns around their gaming time.

What if I brought in the three-hours-a-week rules at my home?

Some parents may be considering implementing the three hours a week rule in their own home.

I can understand the appeal, but everything in my research shows most older kids will find ways to get around the rules. They may game at odd hours, when parents are not watching or disguise their gaming as other online work.

Yes, parents need to set boundaries around gaming. It should not be 24/7. It’s healthy to have rules around when they can play, how long they can play and the types of games allowed. 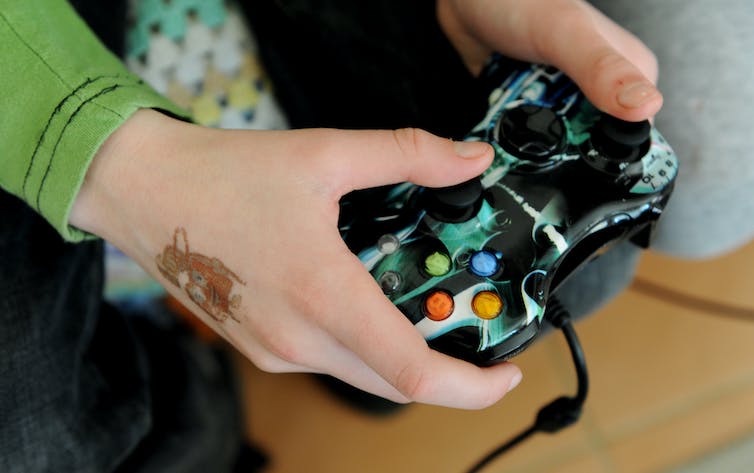 Parents need to properly understand the ratings for games; I have encountered cases of six year olds playing R-rated games, which have very strong sex and violence themes.

Look up your games on YouTube to see the type of imagery and game play involved. Play them with your child and talk together about the content.

Children often tell me they are drawn to gaming because they feel there’s nothing else to do at home. In lockdown, that may feel especially true.

So think about creating space for other activities kids can do at home. We don’t expect parents to be their child’s social concierge and organise all of their activities, but if you can do some non-screen family activities that may help give the child a more diverse diet of playtime.

And lastly, parents should be aware of their own screen time. Kids can perceive rules restricting gaming time as hypocritical if the parent themselves spends a lot of time watching TV or on their phone.

Read more: Forget old screen 'time' rules during coronavirus. Here's what you should focus on instead