People in parks are more positive, and around areas like major transport hubs more negative, according to our analysis of 2.2 million tweets in Melbourne.

Our research combines social media, such as Twitter, and big data analytics, tied to real time and place, to develop understanding of the well-being benefits of city parks. The analysis shows that tweets in parks contain more positive content (and less negativity) than in built-up areas. For built-up areas in general, negativity is often associated with major transport hubs, perhaps unsurprisingly, and residential areas.

Around the world we are seeking to improve the well-being of people living in cities. One way we do this is by providing public access to natural green spaces such as parks. But how do we assess the benefits and identify which parks, and which elements of a park, best promote well-being?

To date, researchers have examined the well-being benefits of parks using intrusive questionnaires, interviews and physiological tests (e.g. skin conductance, heart rate). We now have technology, including smartphones, apps and social media posts, that we can use to observe these benefits in detail, across very large scales. 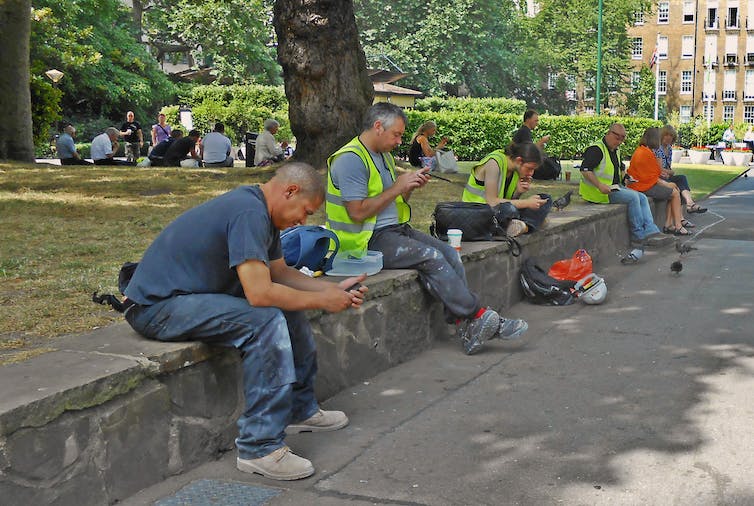 A lot of people send a lot of messages and analysis of these can tell us about the impact of their surroundings on how they feel. Dun.can/Flickr, CC BY

Our findings add to the evidence that parks are important for creating smarter, healthier and more liveable cities.

How do we measure well-being in parks?

Hundreds of millions of people around the world use Twitter for updating their family, friends and followers about their daily activities, thoughts and feelings. People sometimes post public tweets that are linked to the location they are sending from. The words in each tweet can be analysed for their emotional content (referred to as sentiment).

Do time of day and seasons have an effect?

Each tweet is tagged with the time it’s posted. Tweet sentiment scores can also be averaged across specific periods, such as hour, day or month. Beyond the general positive effects of parks compared to built-up areas, we found some general patterns that show people tend to be influenced by the time they are tweeting.

Across the day, from lunch to the end of the work day, people tended to express less and less positivity, before bouncing back in the evening. This change seems to mirror general schooling and working life – that is, how people experience and recover from their work. 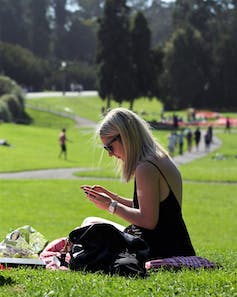 Spending a warm day off in the park certainly seems to lift people’s mood. John Loo/Flickr, CC BY

Across seasons, from warmer months to cooler months, people tended to express more positivity in parks. Positivity seems to improve steadily from May to December, as we move from winter to summer in Australia. In contrast, built-up areas do not seem to show any clear patterns.

Why are people happier in parks?

People might be happier in parks for several reasons. Parks can help them to recover from the stress and mental strain of living in cities, and provide a place to exercise, meet other people, or host special events such as music festivals.

We need to do more research to help us understand the effect of park features. For example, being green with lots of vegetation is likely related to biophilia. And how do the effects differ when parks are used as settings for particular activities?

We know parks are great places, but we are still working out exactly why they’re great. Knowing more about this will help us make even better parks. Making the best use of public open space and green space is really important as more and more people live in cities around the world.