The 15th Melbourne Winter Masterpieces exhibition at the National Gallery of Victoria, MoMA at NGV: 130 Years of Modern and Contemporary Art, is the gallery’s biggest, grandest event in this series - and is almost guaranteed to be the most popular. 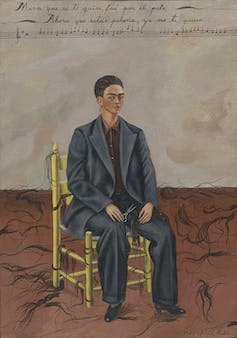 It is an exhibition where all of the big names are present – Vincent van Gogh, Paul Gauguin, Paul Cézanne, Pablo Picasso, Lyubov’ Popova, Piet Mondrian, Salvador Dalí, Frida Kahlo, Alexander Calder, Jackson Pollock, Andy Warhol, Roy Lichtenstein and Cindy Sherman – and represented by some of their best-known signature pieces. Arranged in eight roughly chronological-thematic sections, the first five can be negotiated without bothering with the labels as these include some of the best known and most iconic works of modern art.

MoMA in New York turns 90 next year and has established a dominant position in its construct of Modernism in the western art world. Many people in Australia view modern art through the MoMA historical prism. This was largely a creation of Alfred Hamilton Barr Jr. (1902-1981), the inaugural director of the museum. Barr was appointed director in 1929, dumped in 1943, but allowed to stay on in an advisory capacity until 1967. 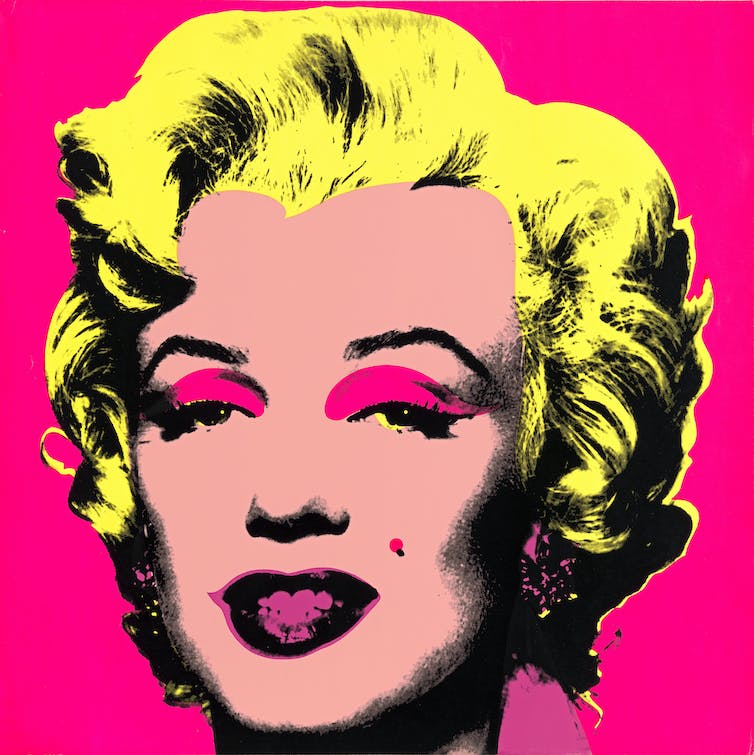 Barr developed a holistic view of visual culture, where industrial design, architecture, photography, film and advertising combined with the traditional fine arts of painting, sculpture and graphics. Barr’s vision involved the establishment of six different curatorial departments at MoMA: Painting and Sculpture, Drawings, Prints and Illustrated Books, Film, Photography, and Architecture and Design. This was innovative at the time. Subsequently it has become the dead hand of history with Media and Performance Art more recently slipped into the curatorial mix. 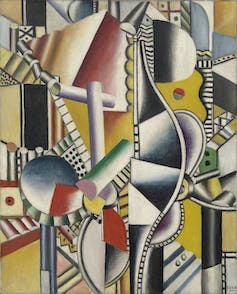 MoMA is constantly involved in the process of reinventing itself but guided by Barr’s vision. MoMA exercises a certain hegemony in many international museum art circles. Whereas the founders of modernism have been enshrined in an art historical tradition, the choice of some of the more contemporary practitioners, as reflected in this exhibition, seems more arbitrary and questionable. Nevertheless, the stature of MoMA gives this selection a voice of authority and artists included in their exhibitions seamlessly slip into the canon.

In some ways, Barr and MoMA developed a determinist model for modern art with flow charts and somewhat simplistic ideas of cause and effect. Barr championed the “old masters” of modern art – Picasso, Braque, Matisse and Léger – but was reluctant to embrace the New York School and Abstract Expressionism. MoMA commenced purchasing Pollock, de Kooning, Kline, Motherwell and Hofmann only in the post-war period. Not a single Mark Rothko was acquired on Barr’s watch. That Barr’s name is still uttered with holy reverence at MoMA was most apparent at the exhibition’s launch in Melbourne.

Glenn Lowry, the director of MoMA since 1995, acknowledges the founding father with respect but has aggressively steered the museum in more contemporary directions. Lowry’s expansionist policies have opened a window of opportunity, allowing some of the museum’s permanent exhibits to come to Melbourne. I was surprised to learn from him that some of the items were secured for loan through the direct intervention of Victoria’s art-loving premier, Daniel Andrews. 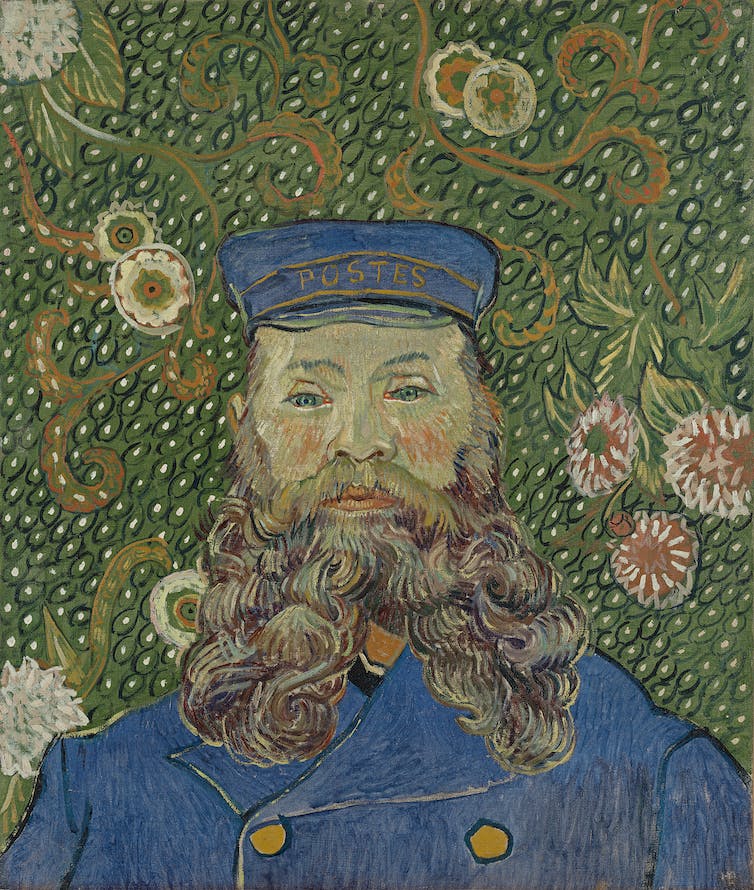 These four artists, I understand, were also included in Barr’s inaugural exhibition at MoMA. As the show continues, it opens up as a tour de force. Dalí’s most famous painting, The persistence of memory 1931, stops any viewer in their tracks, reminding them how tiny and compressed was the artist’s idea on the shape of time. 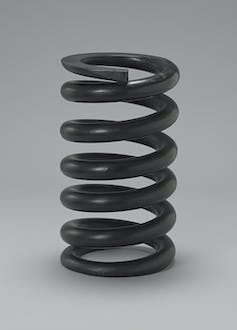 Juxtaposed with these icons of modernist painting are an aluminium Outboard propeller c.1925 manufactured by the Aluminum (sic) Company of America, Pittsburgh, Pennsylvania, a steel ring of the Self-aligning ball bearing 1907 by the Swedish engineer Sven Wingquist, and a Railroad car spring 1920s made by the American Steel & Wire Co., Worcester, Massachusetts. 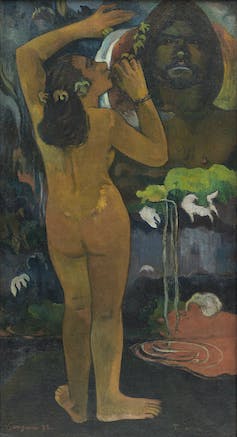 This rich fabric of connections between everyday architecture and design and rarefied objects deemed as fine arts is the theme that runs throughout the exhibition. Chronologically it runs from the 1880s through to the present, spread amongst its eight sections: Arcadia and Metropolis, The machinery of the Modern World, A new Unity, Inner and outer worlds, Art as Action, Things as they are, Immense encyclopaedia and Flight Patterns.

There are over 200 items on display, occupying the entire ground floor of the National Gallery of Victoria. The exhibition boasts an international perspective, but it is essentially a northern hemisphere construct of modern and contemporary art. The only Australian artist involved, as far as I could determine, is Martin Sharp and his design for a Cream record cover derived from Robert Whitaker’s photographs.

This is a landmark exhibition – rich, dazzling and profoundly visually exciting. It also plants a dissenting seed in my mind as to what a construct of modern and contemporary art would look like from the antipodes.

MoMA at NGV: 130 Years of Modern and Contemporary Art is on show until October 7.