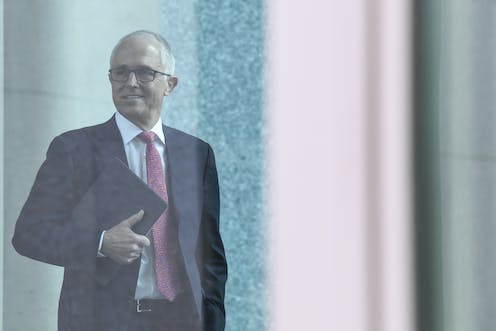 Malcolm Turnbull has defeated Peter Dutton 48-35 after throwing the leadership open in a dramatic surprise move to catch his party enemies off guard.

Dutton, the Home Affairs minister, has resigned from the frontbench, which will trigger a reshuffle.

Turnbull called the vote at the Liberal party room meeting, declaring the leadership vacant, and Dutton nominated as the only candidate. While the margin was clear, Dutton’s numbers are strong enough to produce lasting instability and immediate speculation of a second challenge.

Given the short run up to this vote, the Dutton forces can hope to muster additional numbers now the battle is out in the open. Reportedly, the Dutton camp had not expected Turnbull to bring on a Tuesday vote.

The leadership crisis followed Turnbull’s Monday capitulation to the Coalition rebels over energy policy. But deep discontent has been brewing for a while, with Turnbull’s critics unhappy with him on a range of fronts, and the Coalition losing 38 consecutive Newspolls.

The dissent has been actively fomented by Tony Abbott and his supporters. The concerns have been fuelled by fear among Queensland seat holders, who have been thrown into a panic after the plunge in the Liberal National Party vote in the recent Longman byelection.

There was also a vote on the deputy leadership but Foreign Minister Julie Bishop was the only candidate, despite speculation that Health Minister Greg Hunt had his eyes on the post.