We live in an era where biotechnology, information technology, manufacturing and automation all come together to form a capability called synthetic biology.

Technological revolutions are significant because they shape the future of social and cultural development – as is evident for the industrial revolution, the “green revolution”, and the information technology revolution.

Now synthetic biology is shaping up to be the dominant technology of this century, and Australia has made clear moves to be on board.

Read more: How to grow crops on Mars if we are to live on the red planet

What is synthetic biology?

Synthetic biology is the design and construction of new, standardised biological parts and devices, and getting them to do useful things.

Parts are encoded using DNA and assembled either in a test tube or in living cells – and then applied to deliver many different kinds of outcomes.

“Cell factories” for production of industrial chemicals is one way synthetic biology is applied.

The chemical butanediol is used to make 2.5 million tonnes of plastics and other polymers each year, including half a million tonnes of Spandex (Lycra). In 2011 all of this molecule came from petrochemicals. Biotech and chemical companies Genomatica and BASF collaborated to engineer a commercially viable synthetic biology production route for butanediol – it went from lab to commercial scale in just five years.

Many other global businesses are also investing heavily in the use of whole cells – so-called chassis cells – to produce useful chemicals.

Medicine, the environment and agriculture

The antimalarial treatment artimisinin can now be produced by yeast, avoiding the need to isolate it from Chinese sweet wormwood plant. This helps to stabilise global prices.

In 2016 a new immune cell engineering treatment resulted in a 50% complete remission rate in terminally ill blood cancer patients, with a 36% remission rate achieved in a 2017 trial. A similar approach has been used just recently to cure an advanced breast cancer.

Biomonitoring is another exciting area for synthetic biology developments. Highly specific, tiny biosensors can be engineered to detect an enormous range of molecules – such as hydrocarbon pollutants, sugars, heavy metals, and antibiotics.

These can be applied to measure aspects of health, and in environmental sensing systems to identify contaminants. 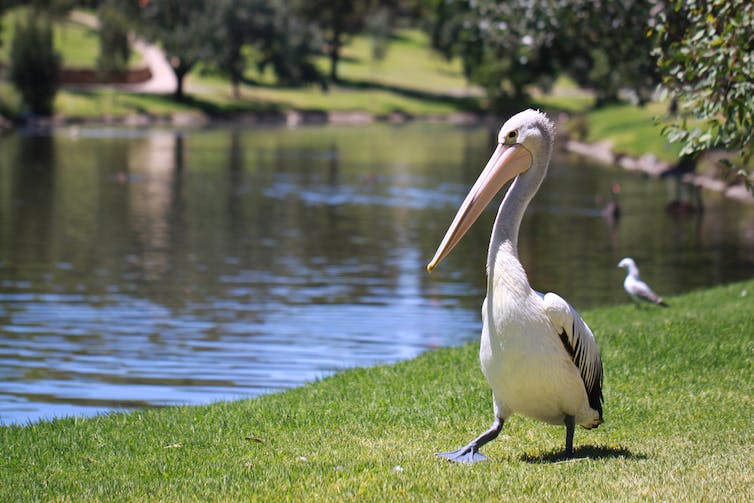 Synthetic biology could lead to highly sensitive tests for contaminants in water. from www.shutterstock.com

Synthetic biology also has agricultural applications. It can provide more precision and sophistication than earlier gene technologies to help increase crop and livestock yields, while reducing environmental impact by limiting the use of chemicals and fertilisers. More efficient plant use of water and nutrients, photosynthetic performance, nitrogen fixation and better resistance to pests and diseases are all being developed using synthetic biology.

Consumer benefits may include nutritional improvements, enhanced flavour and the removal of allergenic proteins from milk, eggs and nuts.

Most of these synthetic biology applications rely on altering, adding or deleting gene functions by targeted genetic modifications. Based on past consumer resistance to genetically modified food products, progress in this area is more likely to be limited by the degree of public acceptance than it is by the technological possibilities.

Synthetic biology also provides the opportunity to use agricultural production systems for cheap, large-scale production of products such as drugs and antibodies for medical treatments.

Read more: Custom-built DNA could be used as a sensor probe

On the up and up

Product markets are also growing dramatically. In 2008, bio-based chemicals were only 2% of the US$1.2 trillion dollar global chemical market. In 2025, that will rise to 22%, driven by development of synthetic microbial factories.

Government investment into synthetic biology has been very strong over recent years. Road-maps and associated development structures have been developed through public agencies in many advanced economies, including the US, UK, EU, China, Singapore and Finland.

Private investment in synthetic biology is also growing at a remarkable rate. According to the US-based synthetic biology advocacy organisation Synbiobeta, American synbio companies raised around US$200 million in investment in 2009. In 2017 it rose to US$1.8 billion and as of July 2018 it was already US$1.5 billion, with a projected 2018 investment of just over US$3 billion.

Australia is catching up

In Australia, synthetic biology is less developed – but things are moving fast.

In 2014, the professional society Synthetic Biology Australasia formed, and several specialist synthetic biology conferences and workshops have been held.

In 2016, CSIRO invested A$13 million into the CSIRO Synthetic Biology Future Science Platform (SynBioFSP). Internal reporting shows SynBioFSP is now a A$40 million research and development portfolio driven by a collaborative community of over 200 scientists from CSIRO and over 40 national and international partner organisations, contributing to 60 research projects.

This week the Australian Council of Learned Academies released Synthetic Biology in Australia: An Outlook to 2030 as part of its horizon scanning series. We are two of the authors on this report, which examines the opportunities and challenges for getting the most out of synthetic biology in the Australian context.

Synthetic biology is an extremely fast-moving technology with extraordinarily diverse applications. It offers massive potential for Australia in terms of developing new markets, and in future proofing in the long term.