Last week the federal government approved the Yeelirrie uraniam mine in Western Australia in the face of vigorous protest from traditional owners.

This Canadian-owned uranium mine is the newest instalment in Australia’s long tradition of ignoring the dignity and welfare of Aboriginal communities in the pursuit of nuclear fuel.

For decades, Australia’s desert regions have experienced uranium prospecting, mining, waste dumping and nuclear weapons testing. Settler-colonial perceptions that these lands were “uninhabited” led to widespread environmental degradation at the hands of the nuclear industry.

As early as 1906, South Australia’s Radium Hill was mined for radium. Amateur prospectors mined haphazardly, damaging Ngadjuri and Wilyakali lands. And an estimated 100,000 tonnes of toxic mine residue (tailings) remain at Radium Hill with the potential to leach radioactive material into the environment.

Uranium mines across Australia have similar legacies, with decades of activism from the Mirarr people against the Ranger and Jabiluka mine sites in Kakadu National Park. 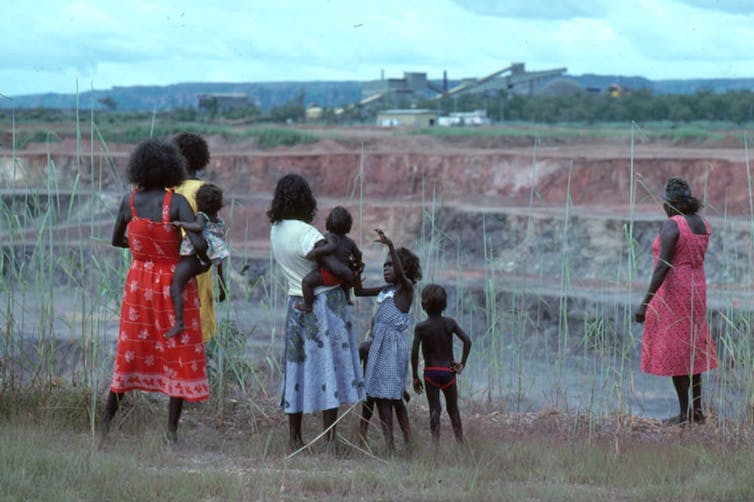 Northern Territory, 1982. Aboriginal communities continue to be impacted by mining across Australia, including the Ranger Uranium Mine. National Archives of Australia, A6135, K2/3/82/93, Author provided (No reuse)

In the 36 years since it began operating, the Ranger mine has produced over 125,000 tonnes of uranium and experienced more than 200 accidents. In 2013, a reported one million litres of contaminated material spilt into the surrounding environment.

Aboriginal communities remain at a disproportionate risk because large uranium deposits exist in lands deemed sacred and significant, while the testing and dumping of nuclear material is rarely undertaken in areas inhabited by settlers.

The federal government’s ambivalence toward these impacts has most recently culminated in their decision to give Cameco the go-ahead for the Yeelirrle uranium mine, a blow to the traditional owners of Tjiwarl country.

The Tjiwarl people have fought the Yeelirrie mine alongside the Conservation Council of WA for more than two years. They now must grapple with the government’s decision to ignore their resistance.

But the Tjiwarl people are not alone. Aboriginal communities across Australia continue to engage with and mobilise against government decisions to ignore native title claimants.

As set out in Australian law, native title is the recognition of Aboriginal and Torres Strait Islander peoples’ rights to the land and waters, guided by traditional law and customs.

Aboriginal communities have an opportunity to object to a mining application, 35 days before the outcome of the application is determined. A complex appeals process follows.

But even in the face of significant complaints, mining applications are more often than not approved. This has led to people mobilising internationally.

And in 2017, the International Campaign to Abolish Nuclear Weapons (ICAN) negotiated with the United Nations to create a treaty banning nuclear weapons. The treaty, adopted on July 7, 2017, recognised the disproportionate impact nuclear material has on Indigenous communities around the world. It includes the mining and milling of uranium. 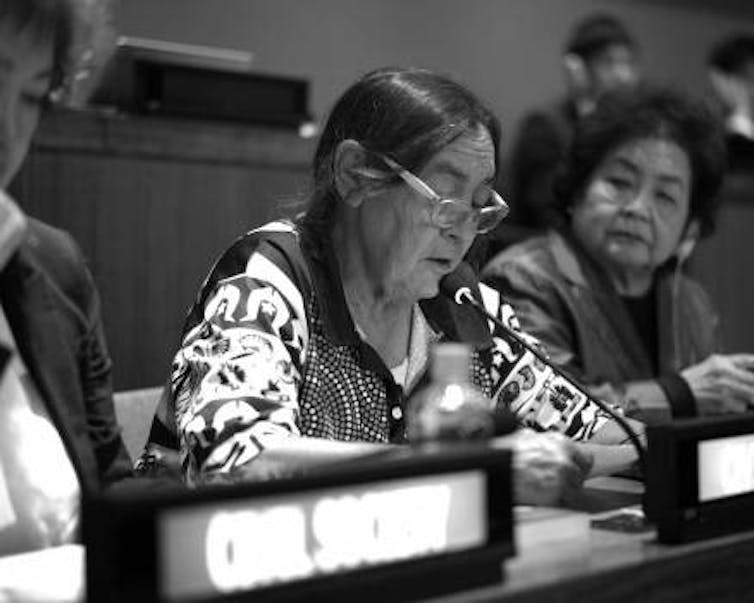 Kokatha woman Sue Coleman-Haseldine speaking at the UN on behalf of ICAN. InternationalCampaignToAbolishNuclearWeapons/flickr

The treaty warns that parties should be:

mindful of the unacceptable suffering of and harm caused to the victims of the use of nuclear weapons (hibakusha), as well as of those affected by the testing of nuclear weapons, [and recognise] the disproportionate impact of nuclear-weapon activities on indigenous peoples.

The toxic legacy of uranium mining is not isolated to the contamination of ecosystems.

Radium Hill provided uranium for weapons for the United Kingdom and United States, including the nuclear weapons tested at Maralinga and Emu Field in the 1950s and 1960s.

These weapons spread radioactive contamination and dispossessed Aboriginal communities in and around the Anangu Pitjantjatjara Yankunytjatjara (APY) lands. 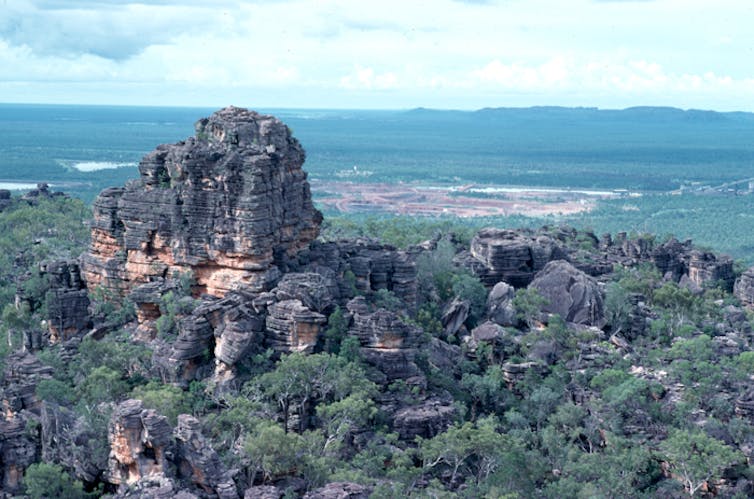 Uranium from the Ranger mine in Northern Territory found its way into the Fukushima Reactor, a reality that plagues the Mirrar people. In 2011, traditional owner Yvonne Margarula expressed her sorrow for those affected by the Fukushima meltdown:

it is likely that the radiation problems at Fukushima are, at least in part, fuelled by uranium derived from our traditional lands. This makes us feel very sad.

These legacies are felt acutely by those who continue to struggle with the lack of protection from native title and other government policies apparently designed to prevent the exploitation of Aboriginal communities by various industries.

Read more: It's time for Indigenous nationhood to replace a failing colonial authority

In the 1970s, when the Ranger mine opened, the Mirarr people felt largely powerless in negotiations between mining companies and the federal government.

Last week, the Tjiwarl experienced similar disempowerment. Yet both communities are recognised by the government as traditional owners.

Unsurprisingly, Australia is yet to sign the Treaty on the Prohibition of Nuclear Weapons, continuing the persistently toxic legacy of Australia’s nuclear industry.