Ridley Scott and James Cameron did it, and George Lucas never stops. Directors ceaselessly return to their work to tweak, tinker, chop and change.

Apocalypse Now: Final Cut, Francis Ford Coppola’s supposedly definitive version of his 1979 epic Vietnam war film, will be released in Australia today. But are these new versions just an excuse for obsessive tinkering and self-indulgence?

The director’s cut refers to a version of the film that remains closest to the director’s original vision, rather than the theatrical version officially released by the studio. In an era of DVD and streaming services, these alternative cuts are becoming increasingly attractive to studio boss, director and movie lover alike.

These “new” films, often only fractionally altered, throw the commerce versus art equation that has underpinned Hollywood for more than a century into sharp relief. The studio gets another chance to market a beloved film, the fans can endlessly debate the differences between the old and new version, while the director can once more return to the editing studio, elusively seeking perfection. In that sense, everyone wins.

With director’s cuts, the romantic myth of the brilliant (usually male) director battling against numbers-obsessed Hollywood is also reinforced.

Director’s cuts often seek to rectify an injustice. Studio executives will often demand last-minute edits or reshoots if test screenings go badly. Directors who bitterly complained about how studios altered their vision can now go back and showcase the film as it was meant to be seen.

For example, director David Ayer recently acknowledged his original cut of the dark superhero film Suicide Squad was radically different to the studio-sanctioned release. The studio requested significant reshoots to lighten the tone and inject more comedy – but the “Ayer cut” only can be accessed on DVD and Blu-ray.

Other director’s cuts improve on the original version by bolstering visual scope, narrative continuity and emotional engagement. For example, the 17 minutes of deleted footage from James Cameron’s Aliens (1986), since restored to the 1990 Special Edition, are a masterclass in building tension and deepening character.

Ridley Scott’s endless reworking of the science-fiction/neo-noir Blade Runner remains the gold standard. First released in 1982, Scott oversaw a new version ten years on, and then the so-called Final Cut in 2007 (re-released on Blu-ray in 2017). He removed the ponderous voice-over from Deckard (Harrison Ford), axed the happy ending and inserted opaque dream sequences that continue to nourish the film’s philosophical ambiguities.

But some directors just do not know when to stop. To coincide with the 20 year anniversary of Star Wars in 1997, George Lucas created a digitally remastered Special Edition (spruced up versions of The Empire Strikes Back (1980) and Return of the Jedi (1983) followed a few weeks later). Lucas stuffed the trilogy with reinstated scenes, polished up degraded images and sound and reaped extraordinary success (US$472 million at the global box office was mightily impressive for a trilogy nearly two decades old).

There was only one problem – the Special Editions were castigated by fans. Many resented the retrofitted visuals and jarring CGI enhancements; for others, the most egregious alteration – having bounty hunter Greedo now shoot Han Solo first in a Mos Eisley cantina – compromised Han’s character arc from rogue to hero across the trilogy.

Lucas’s incessant meddling (he returned to the trilogy again in 2004 and 2011) has been seen as a way of perpetually monetising the much-beloved originals. All along, his response to such criticism has been consistent – he was waiting for technology to catch up to his original vision. 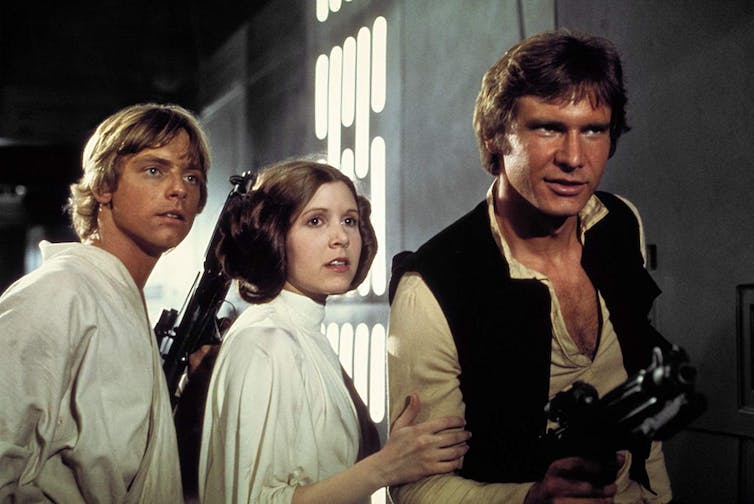 As for Coppola, he has been here before. In 2001, he presented Apocalypse Now: Redux to ecstatic reviews during the Cannes Film Festival. Nearly an hour of footage cut from the 1979 version was reinserted, including the famously woozy “French plantation” scene. This new version was hailed as extraordinary – “redux” means “a work of art presented in a new way”. 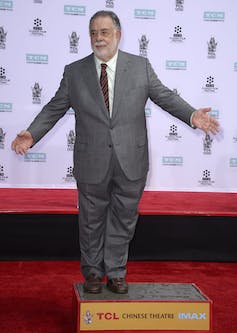 Francis Ford Coppola at the TCL Chinese Theatre in Hollywood in 2016. Mike Nelson/EPA/AAP

But Coppola clearly was not done. Apocalypse Now: Final Cut premiered in New York back in April, 19 minutes shorter than Redux. In Final Cut, Coppola has finessed the colour balance and sound design, no doubt hoping to add to the film’s hallucinogenic qualities.

Despite the important contributions of writer John Milius, cinematographer Vittorio Storaro and sound designer and editor Walter Murch, this latest version reinforces the romantic idea of the director as the sole auteur.

Coppola’s fingerprints are all over Final Cut. Here is a powerful director who, like Spielberg, Lucas and Scott, has been given endless opportunities to refine his vision. This tells us a lot about Hollywood’s commodification of the auteur and the ongoing importance of the director’s name in selling a product.

“A work of art is never completed, only abandoned”, noted the French poet Paul Valéry. Apocalypse Now: Final Cut is the latest exhibit to suggest films are never really finished – the artistic process is endlessly reworkable.