Between 2001 and 2016, 373 Australian veterans took their lives, according to a study commissioned by the Department of Veterans’ Affairs (DVA). The study noted that male veterans under the age of 30 had a suicide rate more than two times the national average for men the same age.

Veteran Scott Harris has compiled statistics on veteran suicides for the The Warrior’s Return Facebook page, and says there have been 153 since 2017, including 19 so far this year.

Ex-service organisations who made submissions to a parliamentary inquiry into veteran suicide in 2017 argued that the number of suicides is potentially higher. And this does not include the number of veterans who try to take their own lives every year.

Our research into institutional abuse in the Australian Defence Force (ADF) explores the connection between military service and institutional harm. It finds links between the unyielding bureaucracy of the ADF and DVA, and veteran suicide.

Read more: An urgent rethink is needed on the idealised image of the ANZAC digger

According to a Productivity Commission report, released last month, the systems set up to support veterans during and after military service require “fundamental reform”. Among the recommendations in the report is

a new whole-of-life support system with a focus on minimising and preventing harm during military service and beyond.

This would include a new mental health strategy with a focus on suicide prevention.

Given these grim statistics and calls for reform, more examination is clearly needed to understand the root causes of why veterans continue to kill themselves. Despite recent efforts by the government to address the issue, no inquiries have had the scope to bring all the pieces together.

As a result, there is mounting pressure among veterans and their families for a royal commission into veteran suicide. We believe this is necessary to bring attention to the links between veteran suicide and the institutional failures and bureaucratic barriers to helping military personnel after they leave the service.

Historically, the ADF and DVA have tended to view mental health issues and suicide among service members and veterans as personal issues linked to combat exposure – not institutional problems linked to poor administration.

The recommendations of the 2017 Bird Review into the suicide of Afghanistan veteran Jesse Bird highlights this misconception. Bird took his own life weeks after his claim for permanent impairment was denied by the DVA.

As his parents’ submission to the 2017 Senate inquiry into veteran suicide states:

it seems to him and us that the level of bureaucracy is intentionally obstructionist and unedifying. The jungle of paperwork, the lack of follow-up and the non-existent support has contributed to his deteriorating mental health.

It was not just the trauma associated with combat exposure that pushed Bird to the edge, but how his care was mismanaged by the agency that was supposed to help him maintain his physical, mental and financial well-being after he left the military.

Read more: We need to talk about suicide in the military

In another example, Private Jeremy Williams was bullied into taking his own life in 2003 at the School of Infantry in Singleton. According to the findings of an inquiry into his death, it emerged that soldiers were being subjected to

And, the soldiers lacked

These are the kinds of institutional failures that need to be more thoroughly explored in a royal commission.

A long legacy of inquiries that go nowhere

The ADF and DVA persist in evading royal commissions, instead trusting in their own internal processes to investigate complex issues. Since 1970, there have been around 50 ADF inquiries into issues ranging from sexual and physical abuse to mental health and suicide.

There have also been numerous inquiries into the DVA, including last month’s Productivity Commission report, which recommended that the DVA be abolished and its functions incorporated into defence. But the report, acknowledges this would probably be impossible, since veterans do not trust the ADF to act with integrity and transparency towards its own people.

In 2005, the Senate inquiry into the effectiveness of Australia’s military justice system recommended an administrative review board for the military that would offer independence, transparency and accountability for military personnel .

Crucially, this board would have operated outside the chain of command. But the recommendation was rejected by Prime Minister John Howard, Defence Minister Senator Robert Hill and the chief of defence, Major General Peter Cosgrove. It was a missed opportunity.

In 2012, the DLA Piper Review into physical, sexual and other abuse in the ADF recommended a royal commission. It also didn’t go anywhere, and was another opportunity missed.

In 2014, the former head of the Defence Abuse Response Taskforce, Major General Len Roberts-Smith, recommended a royal commission into systemic abuses at the Australian Defence Force Academy. But Elizabeth Broderick, the sex discrimination commissioner, argued against it and instead recommended an Australian Crime Commission (ACC) taskforce with independent powers to investigate allegations of ADF abuse. Another opportunity missed.

Abuse, institutional mismanagement and military suicide seem to go hand-in-hand, but the current call for a royal commission into veteran suicide is still being denied.

Darren Chester, the minister for defence personnel and veteran’s affairs, has said the money it would cost to hold a royal commission would be better spent on mental health.

The Ex-Service Organisation Round Table (ESORT), a group of 14 veteran organisations, has also come out against a royal commission, maintaining that suicide is a national crisis, and not veteran-specific.

The war cry from the Veteran Mental Health and Wellbeing Summit, convened by the DVA this year in response to the call for a royal commission, is to “keep on keeping on”. 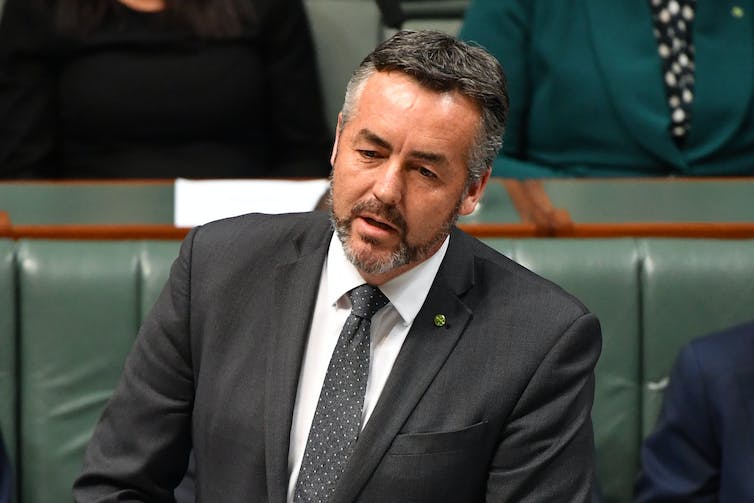 Significant money continues to be invested in the mental health of service members, yet veterans continue to take their own lives. More Australian veterans have lost their life by suicide than have been killed in active duty since Vietnam.

If the government’s slogan is “putting veterans and their families first”, so far, it has fallen short.

A royal commission will either piece together deficiencies within the ADF and DVA systems or prove to the public that ADF members and veterans are in safe protective hands.

To spend A$100 million on a royal commission – the amount proffered by Chester – is a small price to pay to ensure that veterans and their families are put first, both in theory and in practice.