Looking at the state of policy on energy and climate change in Australia, it’s tempting to give in to despair. At the national level, following the abandonment of the National Energy Guarantee last year, we have no coherent energy policy and no serious policy to address climate change.

In this context, the announcement of two separate inquiries into the feasibility of nuclear power (by the New South Wales and federal parliaments) could reasonably give rise to cynicism. The only possible case for considering nuclear power, in my view, is that it might provide a way to decarbonise our electricity supply industry.

Yet many of the keenest boosters of nuclear power have consistently opposed any serious measure to address climate change, and quite a few have rejected mainstream science altogether. 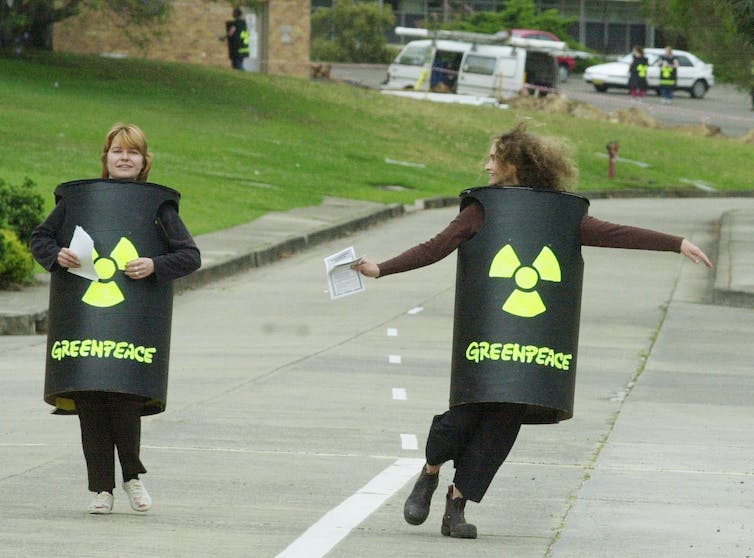 Yet in a situation which all responsible people view as a climate emergency, we can’t afford the luxury of despair. For this reason, rather than dismissing these inquiries as political stunts, I made a submission to the federal inquiry setting out the conditions required to allow for any possibility of nuclear power in Australia.

The submission was picked up by the national media, which largely focused on my proposal to lift the state ban on nuclear power and implement a carbon price.

The reception from commentators on the right, who want the ban lifted, and from renewables advocates, who want a price on carbon, suggests a middle ground on nuclear power may be achievable.

Second, given the time lags involved, any substantial contribution from nuclear power in Australia won’t be available until well beyond 2030.

Third, given the strong public opposition to nuclear power, particularly from the environmental movement, any attempt to promote nuclear power at the expense of renewables would never get broad support. In these circumstances, any investor in nuclear power would face the prospect of losing their money the moment the balance of political power shifted. 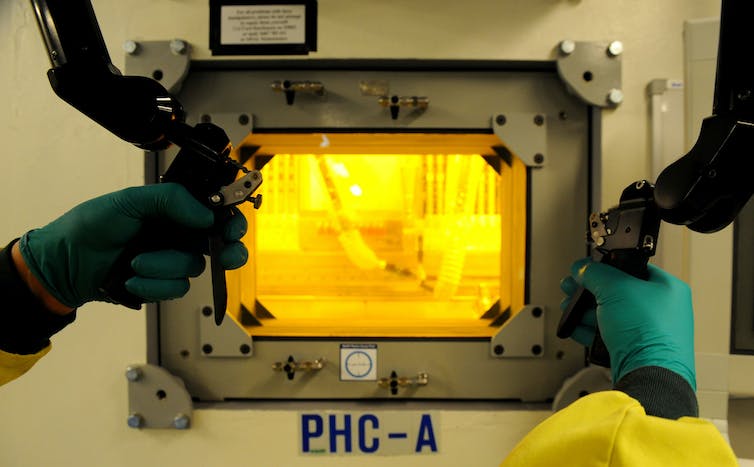 A technician uses a hot cell which shields radioactive material at the Opal nuclear research reactor at Lucas Heights in Sydney. Tracey Nearmy/AAP

On the first point, we have some evidence from the contract agreed by the UK government in for the construction of the Hinkley C nuclear power plant. This was the first new nuclear construction project to be approved in an OECD country for a number of years.

The agreement to construct Hinkley was based on a guaranteed “strike price” of £92.50/ megawatt hours (MWh), in 2012 prices, to be adjusted in line with the consumer price index during the construction period and over the subsequent 35-year tariff period. At current exchange rates, this price corresponds to approximately A$165.

Read more: Nuclear weapons? Australia has no way to build them, even if we wanted to

Prices in Australia’s National Electricity Market have generally averaged around A$90/MWh. This implies that, if new nuclear power is to compete with existing fossil fuel generators, a carbon price must impose a cost of A$75/MWh on fossil fuel generation.

A blueprint for reform

The central recommendations of my submission were as follows: 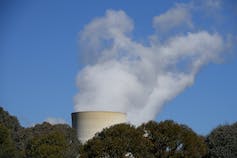 Recommendation 1: A carbon price of A$25/tonne should be introduced immediately, and increased at a real rate of 5% a year, reaching A$50/tonne by 2035.

Recommendation 2: The government should immediately adopt the recommendations of its own Climate Change Authority for a 40% to 60% reduction in emissions by 2030, relative to 2000 levels, and match other leading OECD countries in committing to complete decarbonisation of the economy by 2050.

Recommendation 3: The parliament should pass a motion:

Let’s all meet in the middle

Rather to my surprise, this proposal received a favourable reception from a number of centre-right commentators.

Reaction from renewables proponents, on social media at least, was cautious. But it did not indicate the reflexive hostility that might be expected, given the polarised nature of the debate.

There are immediate political implications of my proposal at both the state and federal level. It will be more difficult for the Coalition-dominated committees running the two inquiries to bring down a report favourable to nuclear power without addressing the necessary conditions – including a carbon price. If the government’s hostility to carbon pricing is such that a serious proposal for nuclear power cannot be considered, it will at least be clear that this option can be abandoned for good. 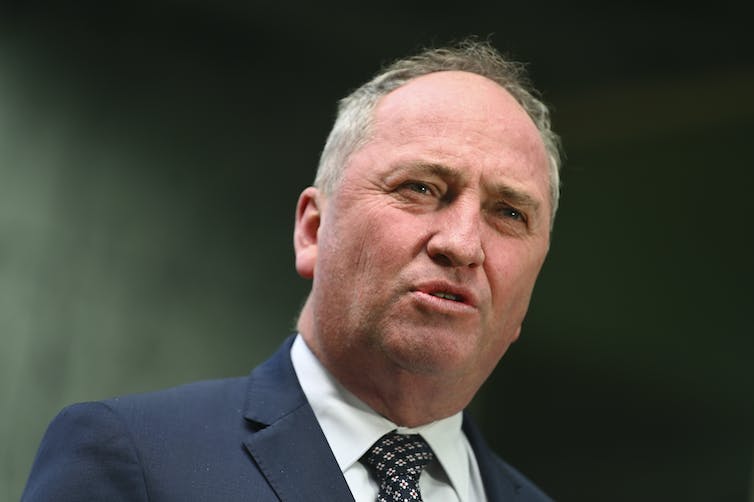 In the admittedly unlikely event that the Coalition government shows itself open to new thinking, the focus turns to Labor and the Greens.

Given the urgency of addressing climate change – a task that is best addressed through a carbon price – it makes no sense to reject action now on the basis that it opens up the possibility of nuclear power sometime in the 2030s. And, if renewables and storage perform as well as most environmentalists expect, nuclear power will be unable to compete even then.

Political hardheads will doubtless say that this is all impossible, and they may be right. But in a world where Donald Trump can win a US presidential election, and major investment banks support UK Labour leader Jeremy Corbyn over Prime Minister Boris Johnson, “impossible” is a big claim

In the absence of any prospect of progress on either energy or climate, the grand bargain I’ve proposed is at least worth a try.