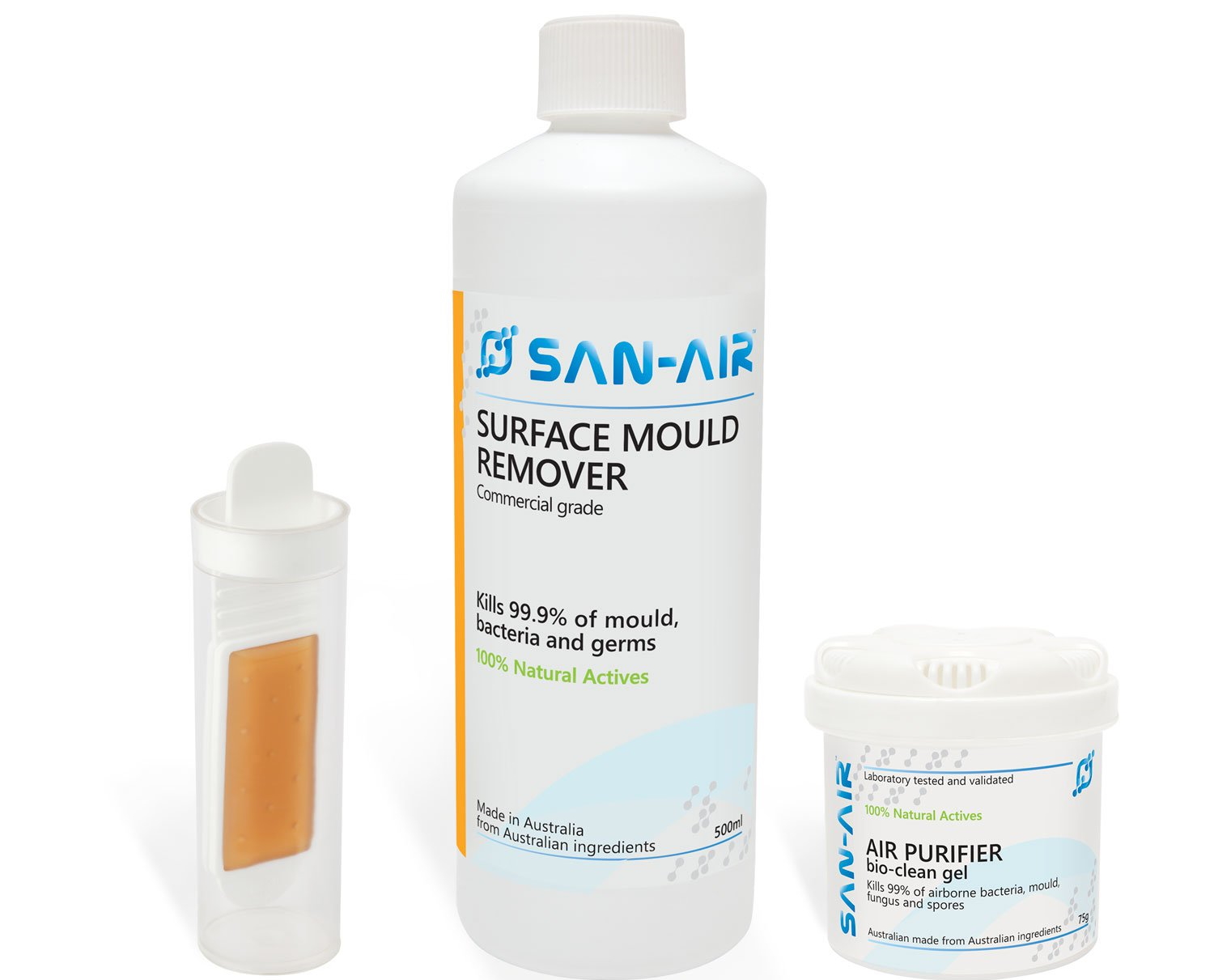 Daniel Massaioli is urging all of the people of Melbourne, who have spent the better part of 2020 in lockdown, to test their homes for mould immediately.

“Melburnians have spent a significant proportion of this year stuck inside their homes. While this is protecting them for what is beyond their four walls, what is inside can also be incredibly dangerous,” Massaioli said.

“Mould is a silent epidemic of its own. I’m calling on all Melburnians to take the health of their home seriously and invest in creating a cleaner, more nourishing space.”

Massaioli is the founder of SAN-AIR, with over 30 years of experience in developing products and formulations for pharmaceuticals, cleaning agents, food manufacturing and cosmetics. Massaioli has also received his B.Sc in Pure and Applied Chemistry from the University of New South Wales, and is a member of AIRAH. His longstanding efforts in dealing with air contamination and mould, has seen him develop world leading expertise in the field of mould prevention, control, and remediation.

Massaioli is passionate about helping everyday Australians live a mould-affected-free life, and he has answered three key questions about mould in this country.

What are the dangers of mould?

“A lot of people do not know that air is where most of the germs that make us sick are located. Germs spread by attaching to micro-surfaces like dust in the air, especially in an indoor environment. In fact, airborne transmission of germs is a far greater health risk than surface transmission,” Massaioli explained.

“In terms of mould, the fungus is able to reproduce by spores, which are carried by air currents. When spores land on a moist surface, they begin to grow and the dangerous cycle continues throughout your home.”

According to Massaioli, to cause an infection, microbes must enter our bodies. Microbes can enter the body through:

“If microbes reach their target site in the body they can attach internally and multiply, which is what makes us unwell,” Massaioli added.

“Mould can be incredibly dangerous to our health and wellness.”

What is the health impact of mould?

According to Massaioli, moulds, and other airborne pathogens, produce allergens. Allergens cause inflammation in the nose, throat, sinuses and the upper airway lungs.

“Upper airway inflammation causes coughing, congestion, and sore throat. The inhalation of pathogens that affect a person’s respiratory system, or even the rest of the body, causes these physical affects on the body. Harrowingly, sinus congestion, coughing and sore throats are examples of inflammation of the upper respiratory air way caused by airborne agents,” Massaioli explained.

According to Massaioli, exposure to high concentrations of mould and bacteria can have adverse health affects. These include:

“Given enough time, these illnesses will only get worse and possibly become permanent health problems. Mould-related health complications should not be underestimated. So, while many are spending more time inside than ever before it is important to get on top of your home’s mould problem,” Massaioli said.

How do you remove mould?

SAN-AIR is the only all-natural product specifically designed and proven to kill airborne and surface germs, including mould.

“I conceived the initial concept for SAN-AIR in 2000, driven by my pursuit to help my sons who were suffering from asthma due to mould exposure. Since officially launching in 2005, SAN-AIR’s cutting edge microbial control technology has been independently tested and validated over several years,” Massaioli said.

According to SAN-AIR’s marketing manager, Alex Massaioli, SAN-AIR is a complex mixture of science and nature that has been developed to be extremely effective at controlling microbes in a safe way.

“After years of research, SAN-AIR discovered that multiple essential oils when mixed together, through a unique blending technique, created a formulation that has extremely powerful bacterial and mould killing properties” Alex Massaioli said.

“SAN-AIR provides microbial control in all enclosed spaces, including small environments such as homes and boats, and commercial buildings such as large offices and indoor agricultural centres.

“SAN-AIR also offers Bacteria and Mould Test Kits that are easy to use for any indoor environment. The Test Kits scientifically test if the space is contaminated with mould and bacteria, and where it is most prevalent.”