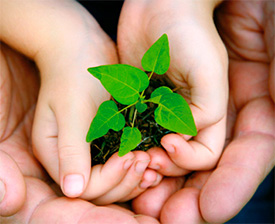 7 July 2015. 125 new private ancillary funds (PAFs) were established during the 2015 financial year highlighting the momentum in philanthropic investment by wealthy Australians, according to Australian Philanthropic Services.

The latest data from the Australian Tax Office (ATO) shows that 125 PAFs were established in the year ending 30 June 2015, bringing the total number of PAFs in Australia to 1,339.  After running at between 50 and 100 new PAFs each year between 2009 and 2013, 153 PAFs were created in 2014 and a further 125 last year.  APS set up 35 then 40 of these respectively.  While still short of the record 170 in 2008 before the global financial crisis, the momentum for structured philanthropy is solid.  Furthermore there is anecdotal evidence that interest in sub-funds within umbrella public ancillary funds, such as the APS Foundation, for those a PAF doesn’t suit, is also growing.

A PAF is a simple, efficient and cost-effective vehicle that helps Australians take a more planned approach to their giving.  An individual donates capital into their family controlled PAF (generally a minimum of $500,000) and receives a tax deduction for the donation. The capital is invested, and a minimum of 5 per cent of the value of the PAF assets is distributed as grants to charities each year.  The tight compliance regime ensures money is properly spent, proper procedures followed and returns are filed each year to the Australian Charities and Not for Profit Commission and the ATO.

“Philanthropy is becoming mainstream among high net worth individuals in Australia and there is general acceptance that the introduction of PAFs over a decade ago has played a key role in this and has increased the overall pool of giving.   An initiative of the Howard Government in 2000, PAFs and the role they have played in revitalising philanthropy in Australia, has received bipartisan support”,  Mr Ward said.

“When PAFs were introduced there was a fear that donations to them would come at the expense of direct giving to other charities.  The evidence is to the contrary.  Not only have total deductible donations recorded by the ATO increased - with giving to PAFs a significant element of this increase - but donations to deductible gift recipients that are not PAFs have also increased.  PAFs act as a “future fund” for Australian charities and now distribute $250m each and every year to a wide range of domestic and Australian based international charities.

“Historically many new foundations were established by people without children to leave their wealth to; and this still happens.  But now we are also seeing individuals establishing foundations because they have children and want them to engage with their community.  With continued intergenerational wealth transfer, financial advisers are increasingly including philanthropy in wealth planning discussions, and with a growing interest in philanthropy from an increasingly affluent Gen X and Gen Y, FY2016 looks set to be another big year for Australian philanthropy.”

Australian Philanthropic Services is one of the key champions of the PAF model in Australia. We set up and administer private and public ancillary funds and provide grantmaking advice.

Australian Philanthropic Services is unique because it is independent, it is a not-for-profit and charges very modest fees.  It currently supports over 150 philanthropists, offering businesses, wealthy individuals and families the ability to donate tax effectively to a trust they have created.  A wide range of financial advisers from wealth management firms large and small are now working with clients and Australian Philanthropic Services to structure their giving.

Since its launch in 2010, Australian Philanthropic Services has grown rapidly and is now establishing a third of all new PAFs each year.