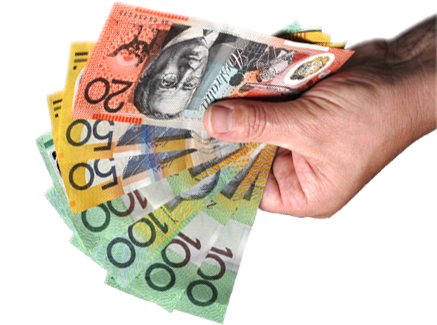 Every day, trillions of Dollars and Euros are traded around the World. The price for which say, a $USD is traded for a Euro, varies by the minute and this price fluctuation, enables anyone to engage in Forex Trading ( Foreign Exchange Trading ) by anticipating moves in values that will enable them to take a position in a currency before a value change for the better, takes place.


It is not just Euros and American Dollars that are traded on Foreign Exchange Markets. Almost every currency issued by governments around the World can be traded. You can see the current exchange rates at Bloomberg.

In trade and commerce, a business in Chicago can purchase equipment or stock in London using the Forex system. The business operator in Chicago will use $USD for its every day operations and will have a bank account in that currency. When the need arises, the business can exchange $USD for British Pounds so as to trade or pay for the goods it needs from London. The pairing or rate of exchange between the two currencies changes each day and often within minutes many times per day.

The fluctuations of the relative values between two currencies can be estimated by experienced foreign exchange rate traders who will anticipate falls or increases in currency values. These traders will shift a large amount of currency from one denomination or another so as to be in a strong position when one currency's value increases relative to another. Successful people who do not have time to study the trends in global currency price variations, so as to make informed predictions, use Forex trading Software.

The best trading software, backed by vast amounts of data, and sophisticated techniques, is used to generate buy and sell suggestions to enable people to make currency trades that are backed by sound reasoning: leading to a greater chance of making a profit from each trade.

The aim is to increase the value of a parcel of wealth by trading currencies one way or the other, at a profit.

All sorts of factors come into consideration when the value of a country's currency is being assessed. As currencies do not have a set value, local and international issues collide to create situations where say, the American Dollar rises in value relative to the British Pound. Strong trade figures coming out of London will tend to increase the attractiveness of the Pound and this creates stronger demand. On the other hand, poor balance of trade numbers coming out of New York will make some people turn to other currencies to hold their money. As a result of these factors, the Pound should rise and the value of the USD relative to the British Pound, should decrease.

The same general principles apply between all currencies. You can take it for granted that the American Dollar will always be in more demand than the Zambian Kwachat, but the rate of exchange between the two could alter if favourable news comes out of Lusaka. Someone with a lot of Kwachats could do well in Forex trading if they had access to data and news about Zambia.


It is important to note that Forex Trading is between two currencies, not against a standard value.

In commerce, people buy and sell currencies every day to enable them to complete transactions. Traders hook into that market with their own bag of currency to make trades.

Forex Trading is open to everyone. Because of the complex nature of the data that causes rate variations, it is vital for very large businesses to pay for the services of a foreign exchange specialist. Small traders can look at Forex Trading Software to assist them to make informed trading decisions.