The Turnbull Government will increase support for veterans and ADF members, including an employment initiative to support people moving from military service to civilian life.

We recognise that the transition from the services into civilian life can be challenging for some members, and we are committed to providing the required support to re-enter the workforce. The Prime Minister will host the first Prime Minister’s Veterans’ Employment Initiative in November – bringing together business leaders and veterans to find ways to better use the valuable skills and leadership of former service personnel into our modern economy.

We will ensure ADF members and veterans who face mental health challenges, either during service or once they have left the ADF, can access the mental health services they require.

One suicide is one too many, and as a society we must address mental health issues together to find solutions. The Government has already announced an additional $192 million to tackle the mental health challenges across our community.

In preparing the Government’s response to the Senate Inquiry into the Mental Health of Australian Defence Force Members and Veterans, it became clear that this was a complex issue that required a forensic examination of how we tackle suicide and self-harm.

The review of services for veterans and Defence personnel announced today will build on this work by providing an independent analysis of the services provided.

The Government is announcing that in North Queensland - home to a large veteran community - the first Suicide Prevention Trial Site will be established. This will occur through the North Queensland Primary Health Network. As part of its work, the trial will focus on veterans’ mental health.

This will be one of 12 innovative, front-line trials in our fight against suicide which will improve understanding of the challenges and work to develop best-practice services which we can be applied nationwide.

All of these sites will incorporate a focus on veterans and Defence personnel.

The review will provide an interim report in December and a full report in February next year.

This review in conjunction with our $6 million investment in the Phoenix Australia Centenary Institute will improve our understanding of mental health challenges and lead to better treatment for our veterans and the wider community.

Our investments complement the $46.4 million for veterans and Defence personnel to access free mental health treatment announced in this year’s budget.

The Government’s response to the Senate Inquiry on the Mental Health of ADF Members and Veterans will be tabled when Parliament resumes.

The Government is funding the national rollout of an alternative dispute resolution and case management system that significantly cuts the time taken to process claims.

The Government has a responsibility to the men and women who defend our liberties. The Government is committed to action on veteran and ADF suicide and is working with the wider veteran community to achieve this. 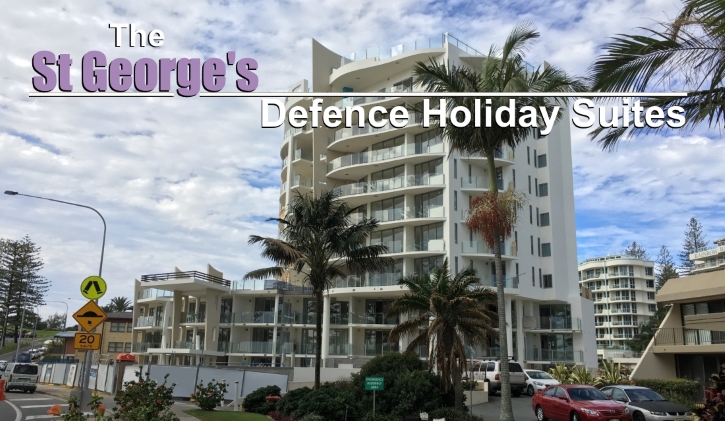 Remarks at roundtable with Ex-service organisations and ADF personnel Canberra

The Minister for Health and the Minister for Veterans' Affairs and I are delighted to be here to listen to you. This is going to be an opportunity for us to discuss one of the most important issues and responsibilities for our Government, for any government.

As you know, I know many of you have heard me say this before, it is my firm belief that we best honour the Diggers of 1916 by caring for and supporting the veterans and their families of 2016. We best honour the sacrifice and service of generations of Anzacs past by supporting the veterans of today and, of course, the servicemen and women in the ADF today. It is you, and the men and women you represent, to whom we owe so much.

And I have to say that I have been very influenced in this by my association with a number of Iraq and Afghanistan veterans, notably Lucy and my son-in-law James Brown, who I know many of you know. James' work particularly at North Bondi RSL, which I believe has one of the largest percentages of Iraq and Afghanistan veterans of any RSL, has made me realise that we have to go beyond the memorials and the monuments and focus on the men and women, the real challenges they face, ensuring that they are supported, their families are supported, ensuring that they have great employment opportunities, ensuring that their needs, their healthcare needs, including mental health needs, are catered for. This is a passionate commitment of mine and my Government. For me, this is a case of politics being very personal, believe me.

Now I want to mention a couple of things that we're announcing today that are relevant to this.

We are announcing today, the three of us, a targeted review of the suicide and self-harm prevention services available to ADF members and veterans. This analysis will be conducted by the National Mental Health Commission and it will be supported by an expert panel, including current and former servicemen and women. We are aware, very aware, as you are of course, of the very significant mental health challenges many service men and women and ex-service men and women, veterans face, and it is a real priority for us to ensure that those services are adequate.

One of the challenges we face, as you know, is that the vast majority of veterans have no contact with the Department of Veterans' Affairs. About 80 per cent, I think, Dan, you said to me. We will change that. It's important that DVA is in touch with all veterans. They may have no need of DVA services in particular, but it is important that we continue to support those veterans and be connected to those veterans throughout their lives. That is critically important. We have, as you know, extended access to mental health services, to all current and former permanent ADF members. We've extended access to the veterans’ families counselling service and of course we've established the Centenary Institute, to work with mental health experts to improve the quality of mental health for Australia's veterans. But we need to do more. We are very, very conscious of that.

Sussan, as part of our mental health policy, announced a little while back, is establishing a number of suicide prevention trial sites around Australia. This is a critically important thing. You know, mental health, mental illness and suicide have been taboo subjects and that's changing. It's changed and changing.

Again, I'm very alert to that, as you probably know, I represent the seat of Wentworth, which includes The Gap at Watson's Bay, beautiful place - regrettably the place with an enormous number of people choose to end their lives and that is - that's never been spoken about enough. We need to be very alert to this. You can't solve a problem unless you acknowledge it is there in the first place.

We are going to establish a suicide prevention trial site which will have a particular focus, not an exclusive focus but a particular focus on ADF members and ex-service personnel in Townsville and that is an initiative we will talk about with you further.

I want to finally note, talk about the initiative that I discussed when I last spoke to the RSL, which is a veterans’ employment initiative.

We are going to bring together in November, the CEOs of some of our biggest companies - we've already been in touch with many of them, of course, public service leaders, State and Federal, to ensure that we do a much better job at making job opportunities, employment opportunities available to ex-servicemen and women.

Now I've had some meetings with this already, again at North Bondi with some ex-servicemen and women who and they've talked to me about some of the challenges they face, depending on the range of work you've done in the ADF, you may not be able to complete your resume. A lot of your work may be highly classified - you're not in a position to describe it. Sometimes civilian employers fail to appreciate the extraordinary leadership experience that is gained by serving in the ADF. We need to do both working with the RSL and other ex-service organisations like Soldier On. As you know Lucy and I have been strong supporters of Soldier On but I know you're all doing fantastic work. It's not singling anyone out but I think with the national network of the RSL, with the work of Soldier On, Mates4Mates and others, we should be able to ensure that both ex-servicemen and women who leave when they leave, when they leave the ADF are well prepared to seek employment and also employers are very alert to the immense skills, the unique skills, the remarkable leadership skills and experience they have which cannot be obtained anywhere else, frankly.

So this is a big part of it and it's very important, I think, to remember while we focus on the health and other homelessness, for example, another issue that again I hope we will be talking about this morning, very important issue. While we talk about those issues as well, we've got to remember, too, that the best thing we can assure, we can deliver to ex-servicemen and women is a good, successful transition to civilian life which means good, successful, satisfying employment.

Thank you for your service, those of you that are in service here in uniform, all of you who have served but above all, to the thousands of men and women, the veterans that you all represent. We honour you, we thank you, we salute you for that service.