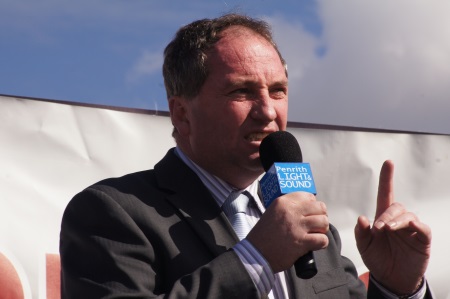 Enhancing trade opportunities for seafood and dried fruits, along with knowledge sharing on sustainable agriculture

The Coalition Government is delivering $63,000 to producers across the dried fruit, fisheries and R&D sectors to strengthen and expand market opportunities through undertaking projects and trade missions with China.

Deputy Prime Minister and Minister for Agriculture and Water Resources, Barnaby Joyce, said the Coalition Government has made $345,000 available, under the latest rounds of the Australia-China Agriculture Cooperation Agreement (ACACA), to deliver more opportunities and better returns to Australian farmers and fishers.

“Dried Fruits Australia is receiving more than $11,500 for a trade mission to attend the China Fruit and Vegetable Trade Fair in Beijing as part of its work to expand market opportunities for premium Australian dried grape products,” Minister Joyce said.

The Coalition is also providing the Professional Fishermen’s Association more than $11,500 for a trade mission as part of plans for development of a business-to-business seafood eCommerce pathway to China to enhance export opportunities for a range of Australian wild caught seafood products.

Also as a result of the competitive ACACA grant round, the government will provide around $40,000 to support the Southern Regional Natural Resources Management Association to deliver an Australia-China Sustainable Agricultural Technology Forum in Tasmania in 2018.

“We recognise the tremendous benefits of exporting Australian produce to China, particularly in the agriculture space where our two-way trade was worth $13.2 billion in 2015-16.

“The projects funded under ACACA help to further our existing strong relationship, as well as help Australian agricultural producers realise the opportunities under the ChAFTA.