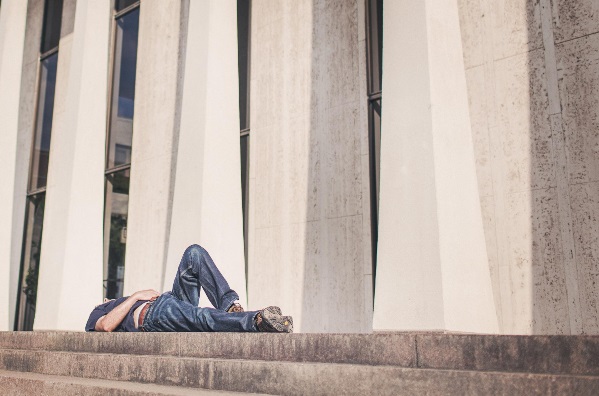 If you’ve spent any amount of time on the internet or picked up a newspaper in the past 10 years chances are you’ve stumbled on an article (or 50!) calling millennials lazy. But, why have they been given that label? Are they really as lazy as they’re made out to be by a lot of the media?

Though the birth dates for millennials (also referred to as Generation Y) are often a little vague, a 2018 Pew Research Centre Report defines millennials as being born between 1981 and 1996. These dates were chosen for “key political, economic and social factors” including the September 11th terrorist attack. Start with Why author, Simon Sinek has been vocal in his claim that millennials are lazy, though he says they aren’t to blame for it.

“Millennials are unmanageable in corporations because they are impatient, lazy and entitled as a result of bad parenting, addiction to cellphones and Facebook depression,” he says.

“However, it’s not the Millennials fault. They were dealt a bad hand.”

But is this true? Are millennials as a generation really that lazy (and entitled… and impatient!)?

According to The Economist, a recent CEB poll of 90,000 American employees found that 59% of millennials said competition is “what gets them up in the morning”, while only 50% of baby boomers said the same. The study also showed “some 58% of millennials said they compare their performance with their peers’, as against 48% for other generations.”

A study by Pew Research Center on how millennials compare with their grandparents 50 years ago showed that millennials are more educated than previous generations, with 29% of males and 36% of females having completed a bachelor’s degree or higher. This was compared to 22% of male and 20% of female baby boomers, respectively.

These statistics don’t really correlate with laziness and this perception is challenged yet again when it comes to physical activities (including fitness, sports and recreation), where the so called "lazy generation" came out on top as "the most active generation overall, with Baby boomers being the least active."

Similarly, in another recent survey, when it comes to activities around the home, they too emerged on top as the group that spent more time than any other keeping their lawns and green areas presentable.

So, why is it that millennials get a bad rap?

An article posted by The Atlantic in 2013 called “Every Every Every Generation Has Been the Me Me Me Generation” critiques the assumption that millennials are the first to be called self-centred and lazy. The post lists a selection of magazine articles from 1907-2007, which detail self-obsession and laziness from the youth of each generation.

A New York Times article from October 17, 1976 titled “’76 Politics Fail to Disturb Campus Calm and Cynicism” shows a photo of a student napping with the caption: "A student at UCLA was more interested in an afternoon nap last week than a speech by Gary Familian, a Democratic House candidate."

Time Magazine, July 16, 1990 featured an article titled “Proceeding With Caution” that detailed why Gen X were a difficult generation too: "They have trouble making decisions. They would rather hike in the Himalayas than climb a corporate ladder. They have few heroes, no anthems, no style to call their own. They crave entertainment, but their attention span is as short as one zap of a TV dial.”

In 1951, the Falkirk Herald published an article titled “Scottish Rights of Way: More Young People Should Use Them” which discussed how young people were no longer… get this… walking!

“Many [young people] were so pampered nowadays that they had forgotten that there was such a thing as walking, and they made automatically for the buses… unless they did something, the future for walking was very poor indeed,” the article read.

But this trend didn’t just start last century. If we go back even further, we can find writings about the laziness of youth as early as the 1300s! In Tsurezuregusa (Essays in Idleness) a collection of essays written between 1330 and 1332, Japanese monk Yoshida Kenkō states:

“Modern fashions seem to keep on growing more and more debased … The ordinary spoken language has also steadily coarsened. People used to say ‘raise the carriage shafts’ or ‘trim the lamp wick,’ but people today say ‘raise it’ or ‘trim it.’”

So, perhaps it isn’t that millennials are a lazy generation, but rather that they are just the latest generation to be given the label, in a tradition that can be traced back throughout modern history. It will be interesting to see if in ten years time articles begin to be written about the unprecedented laziness of this new generation, Generation Z!