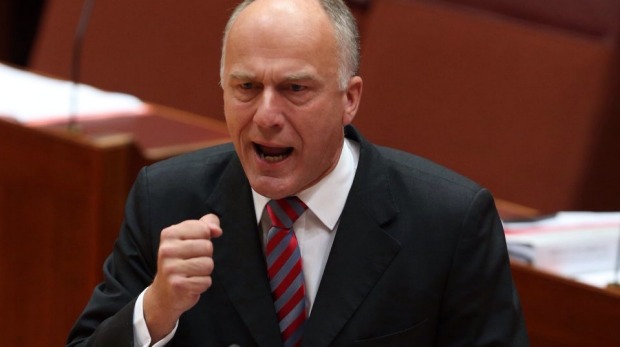 Hobart 12 July 2015. Comments by Labor’s Joel Fitzgibbon on the ABC’s Insiders program this morning in which he claimed that my former legal firm in Hobart was paid $17 million dollars of taxpayers money to work with the Royal Commission into Trade Union Governance and Corruption are simply untrue.

This is just another example of Labor’s ugly smear campaign which is designed to divert attention from the litany of corruption and scandal being exposed by the Royal Commission.


I also note that Mr Fitzgibbon’s outrageous claim was not challenged by Insiders host Barry Cassidy who simply let it go through to the keeper.


Mr Shorten should demand that Mr Fitzgibbon immediately withdraw his comments and issue an unreserved apology.


Mr Shorten said he relished his chance to appear at the Royal Commission. If that’s the case then he should also relish the findings of the Royal Commission which has found that Australian workers have been grievously let down by many elements in the trade union movement.


This is a chance for Bill Shorten to tell the upcoming Labor Party Conference that Labor should support the Government’s legislation to introduce a Registered Organisations Commission and to reintroduce the Australian Building and Construction Commission, both of which are designed to stamp out the sort of corruption and scandal being unearthed by the Royal Commission on a daily basis.