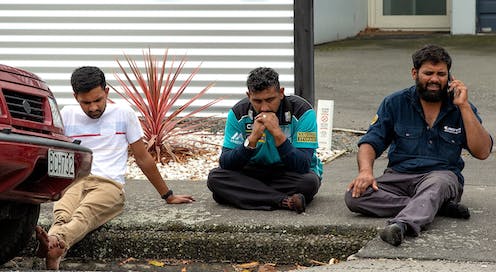 My research focuses on terrorism in or affecting New Zealand. Until Friday, my phone didn’t ring that often because few were interested in anything I had to say. Since yesterday, it has not stopped.

There is no understating the horrific nature of the Christchurch tragedy. Fifty people have been killed, and more than 40 are being treated for injuries at Christchurch hospital.

Three people have been arrested in relation to the mosque shootings. One Australian citizen has appeared in court charged with murder.

New Zealanders will need to come to terms with this tragedy, vent emotions and frustrations, and they will want to know why this could not be stopped. These are valid questions.

New Zealand is a small country, geographically distant from the rest of the world. It has been happy in the assumption that the violent extremism that has showed itself on multiple occasions on five continents over the last 20 years had never happened here. Many New Zealanders believed that because it hadn’t, it couldn’t.

There was a definite realisation by those in the security sector that this assumption was not safe. The spread of extremism through social media simply obliterates geographical distance and there is really nothing to prevent overseas events being replicated here.

The emphasis was on monitoring and detecting extremism – in whatever form it took. The few arrests for possession and distribution of ISIS related propaganda exhibit that fact. It was not confined – as some commentators have suggested – to just those engaging with violent jihadism.

Another key problem is hindsight. Now that the culmination of a sequence of activities has become so painfully clear, it will be inevitable that several points will be picked out that security sector operators perhaps did see, or could have seen. A retrospective case will be made that therefore they should have seen this coming.

But any sign there was, would have occurred in the context of the day before yesterday. Trying to convince the average New Zealander that anything like this could ever happen here would have been no easy endeavour.

Review of gun and terrorism laws

There will be questions over the resourcing and powers of law enforcement and intelligence agencies, and rightfully so. But we must be mature and evidence-based in the conclusions we take from all this.

New Zealand’s Prime Minister Jacinda Ardern has announced a review of gun laws. New Zealand doesn’t have a gun register, but there are an estimated 1.3 million legally owned firearms, with illegal firearms a significant problem.

It is not just the law that needs a review. Gun control, monitoring and enforcement will need to be tightened, but changes need to be considered calmly and focus on the individuals that are not likely to abide by any new law. The vast majority of licensed gun owners are not a problem, but they will need to accept that military-style automatic weapons will likely be banned and a national register will become a reality.

New Zealand’s Terrorism Suppression Act was found wanting in 2007, following the “Urewera raids”. Police relied on the act to spy on and arrest activists who allegedly trained to use semi-automatic weapons in military-style camps in the Urewera forest. Then Solicitor-General David Collins QC described the act as “incoherent and unworkable”. Nothing meaningful has been done with it since.

New Zealand is a democratic country in which freedom of expression, conscience, religious freedom and free speech are valued. Any legislative change will need to impinge on these as little as possible, but people need to be safe here.

Regardless of how big and well-resourced security agencies are, overseas experience has shown that individual actors, or small tightly integrated groups can slip through any security filter. It is simply impossible to monitor people’s thoughts, intentions, sayings and social media accounts so closely that every signal that someone might be planning to carry out an attack is seen.

Australian media suggestions of an “intelligence failure” are useful to a point. But the fact that at least one of the Christchurch offenders left Australia a short time ago and was not on any watch-list of concern in Australia, where police and intelligence powers are much more comprehensive, demonstrates this is a very difficult failure to guard against.

This attack was enabled by, and certainly comprised a strong element of, social media. Social media has been wilfully and readily adopted across modern societies. This has happened without much thought being given to its usefulness to organised criminals or extremists to spread their toxic views, or its ready use as a means of sourcing an audience for terror attacks.

As a society perhaps we should take pause to consider the broader implications before rushing to adopt every new piece of communications technology. It’s all very well to ask the security sector what could they have done to stop this attack, when we could ask ourselves the same - what could we have done?