The world was saddened and distressed to learn of the shocking Christchurch mosque attacks on Friday, which claimed the lives of 50 people and injured nearly as many. Since then we’ve heard heartbreaking stories of the victims and their families as we try to piece together how this could have happened.

For those at the scene or who were directly affected, such an attack is likely to have enduring physiological impacts. This may include anxiety, disturbed sleep, nightmares, unwanted memories of the event repeatedly popping into their minds, and fear of future attacks.

For people in the community who hear about such events or witness them on television, the news may be distressing but these feelings will typically abate in the following days and weeks. However, some people who watch these events unfold may be more affected because they trigger memories of past traumatic experiences in their own lives.

Read more: The psychology of fear and hate, and what each of us can do to stop it

Does it matter if you watch?

The Christchurch gunman livestreamed his attack on Facebook. The feed, and subsequent videos, showed him moving through the mosque and shooting at victims indiscriminately. The videos were then shared and broadcast, despite calls from police, researchers, journalists and other commentators not to do so.

The mental health effects of broadcasting graphic images of terrorist attacks are often debated after terrorists attacks. Research from the September 11, 2001 terrorist attacks in New York suggests that the more people watch television footage of these events, particularly children, the more likely they are to experience psychological distress.

Seeing the events unfold from the assailant’s perspective, and particularly in real time, is more akin to being present at the scene as a witness than watching a secondhand account on a news report. This level of exposure increases the risk of viewers (such as drone operators) experiencing marked distress. 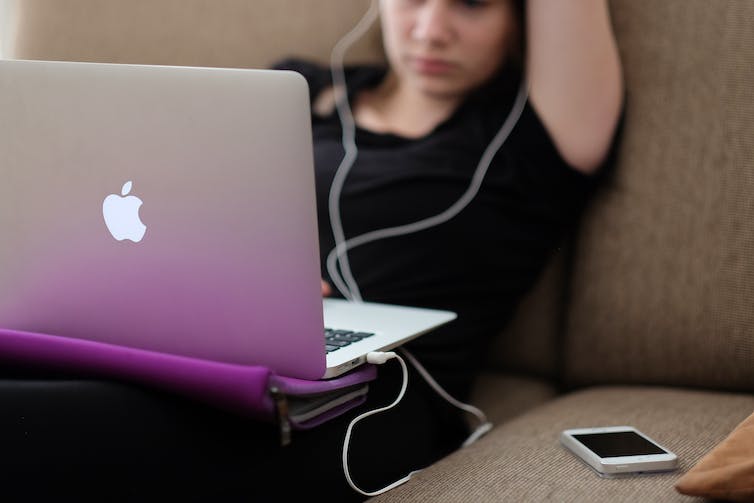 The more you watch, the greater the distress. Steinar Engeland

The Christchurch attacks may cause more psychological harm to particular populations, such as refugees from conflict zones. Exposure to war, persecution, detention and other traumatic events increases the risk of psychological difficulties. This leaves refugees more vulnerable to lasting effects of subsequent stressors, such as the Christchurch attacks.

What are the risks for witness and victims?

Of course, the people who are most likely to be affected in the long term are the immediate victims of the attacks, their family members and friends, worshippers at the mosques, and also the emergency service personnel who responded to the incidents.

Post-traumatic stress disorder (PTSD) is a form of anxiety that comprises of intrusive memories of the traumatic event that are more like reliving the experience than thinking back to it. These memories are accompanied by extreme distress, which motivates people to avoid reminders of the event (such as news reports) or memories of the trauma.

Read more: Acting out the nightmares of post-traumatic stress disorder

The risk of developing PTSD is greater when the trauma is interpersonal – in other words, when it’s caused by a person or group of people perpetrating violence or abuse against others. A hate crime such as the Christchurch attack is likely to have a particularly toxic psychological effect on the victims.

Despite this, prior studies of terrorist attacks suggest most people will adapt over time and resume good mental health. Around 10-20% of those affected are likely to develop PTSD.

Survivors and victims’ family and friends are also at risk of a newly recognised condition called prolonged grief disorder. This may be diagnosed when a person’s reaction to their grief, in the long term, impedes their ability to function. Of course it’s normal to experience acute grief, but this diagnosis would be applied if the grief doesn’t ease after around six months.

The likelihood of developing prolonged grief disorder is heightened by losing a loved one in traumatic circumstances. Likewise, experiencing grief can compound PTSD reactions.

How do you work through the trauma?

Past experience and research tells us the best way to deal with immediate distress is to turn to your own social support network and talk to people you trust about how you’re coping.

In the case of the recent attacks, mosques provide a natural social support network in which worshippers can meet, share and support each other. 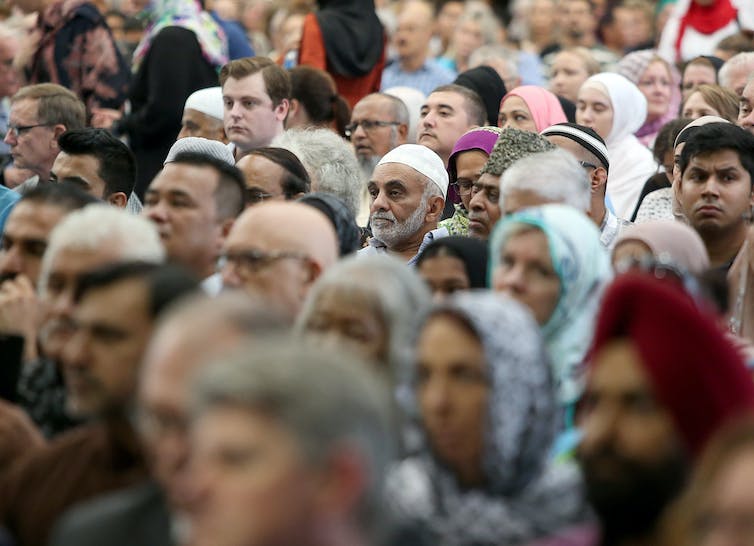 First talk to your own social support networks. Jono Searle/AAP

If the distress doesn’t abate and persists for months, it’s time to seek professional help. For people with persistent stress or grief reactions, it may be beneficial to see a clinical psychologist who specialises in trauma-focused cognitive behaviour therapy (CBT).

Clinical mental health guidelines recommend trauma-focused CBT for people with persistent stress reactions after trauma and also for prolonged grief. These interventions are usually relatively brief, requiring around ten sessions with a therapist.

But many people don’t receive adequate mental health care after traumatic events. This may be due to stigma about seeking help for mental health issues, not knowing how to get assistance, or being treated by people who don’t use evidence-based methods.

New Zealand’s prime minister, Jacinda Ardern, has announced additional support and funding for mental health services in Christchurch. Hopefully this will remove some of the barriers for survivors, family and friends to access quality mental health care.